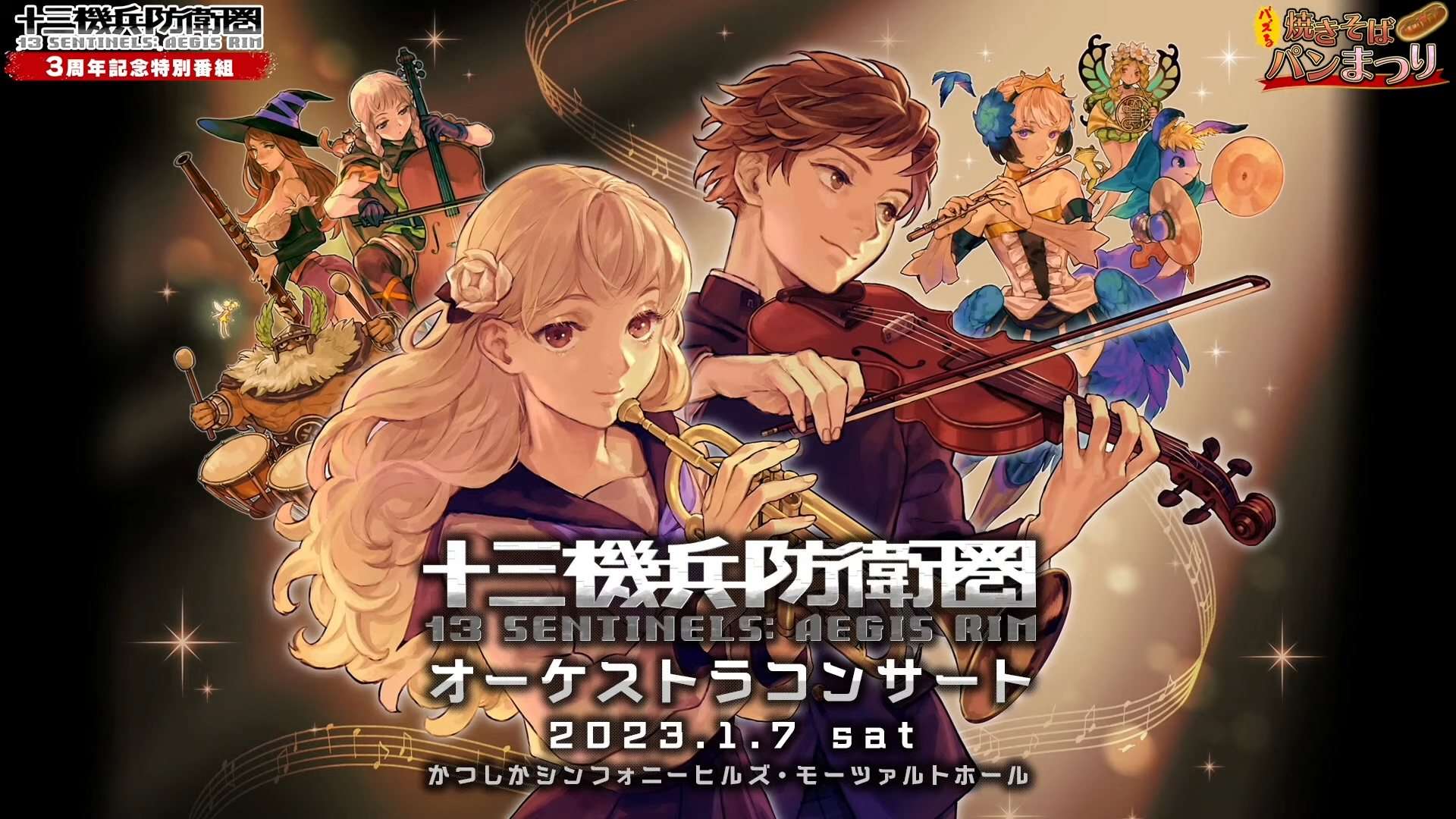 During the 3rd anniversary Celebration Live Stream for 13 Sentinels: Aegis Rim earlier today, Atlus announced that an orchestral concert for the game will take place on January 7, 2023.