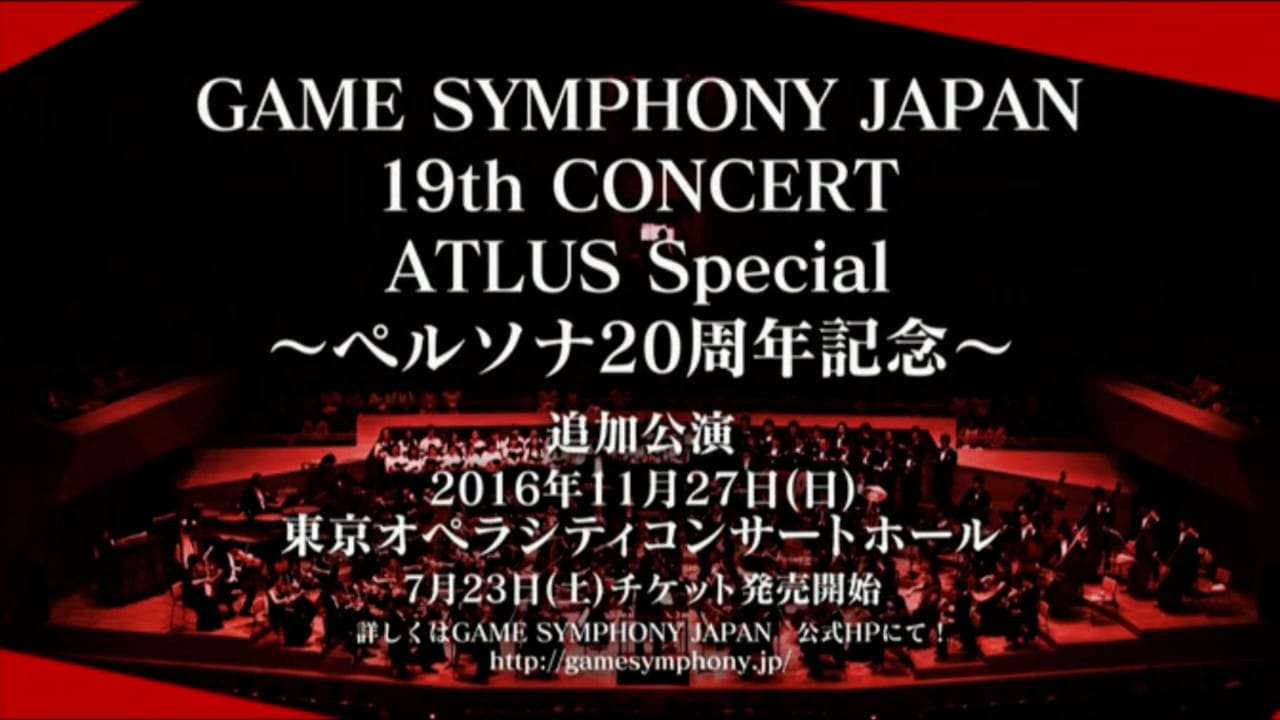 Following the “Game Symphony Japan 19th Concert: ATLUS Special ~Persona 20th Anniversary~” orchestral concert that will be held on August 13, 2016 by Game Symphony Japan, a follow-up has been announced for November 27, 2016.

This will be Game Symphony Japan’s 19th concert, following the 18th for the firstPersona symphony orchestra. The venue this time will be the Tokyo Opera City Concert Hall.

Tickets will go on sale on July 23, 2016 at the official website for the event. Last time, the tickets sold out in less than 30 minutes.

As with the first Persona orchestra, the program for this one will feature music from all of the mainline Persona series entries: