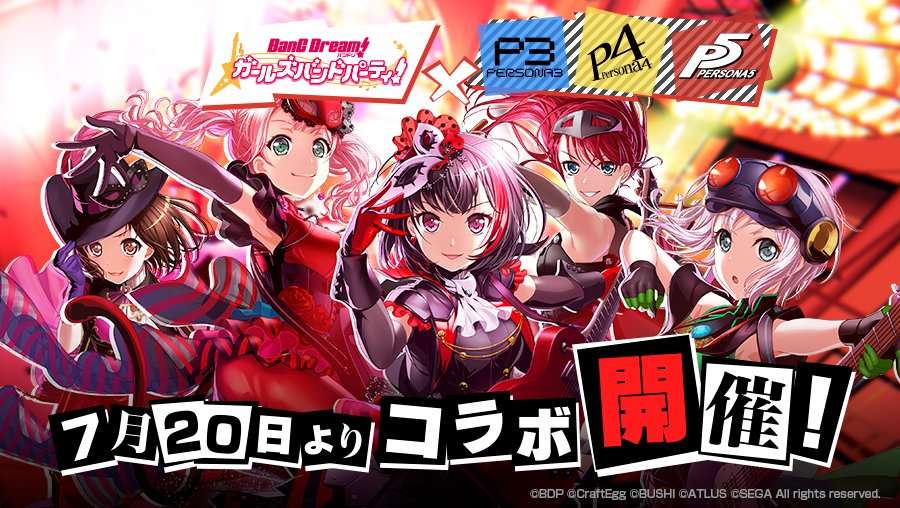 During the 15th edition of a regular live stream broadcast for the BanG Dream! Girls Band Party! rhythm-based mobile game, the full range of character key art for the upcoming Persona 5 collaboration with the “Afterglow” band members was revealed, along with additional details.

The collaboration music from the Persona series that will be featured during the event has been announced. They will be the following covers from different in-game bands, as playable songs: