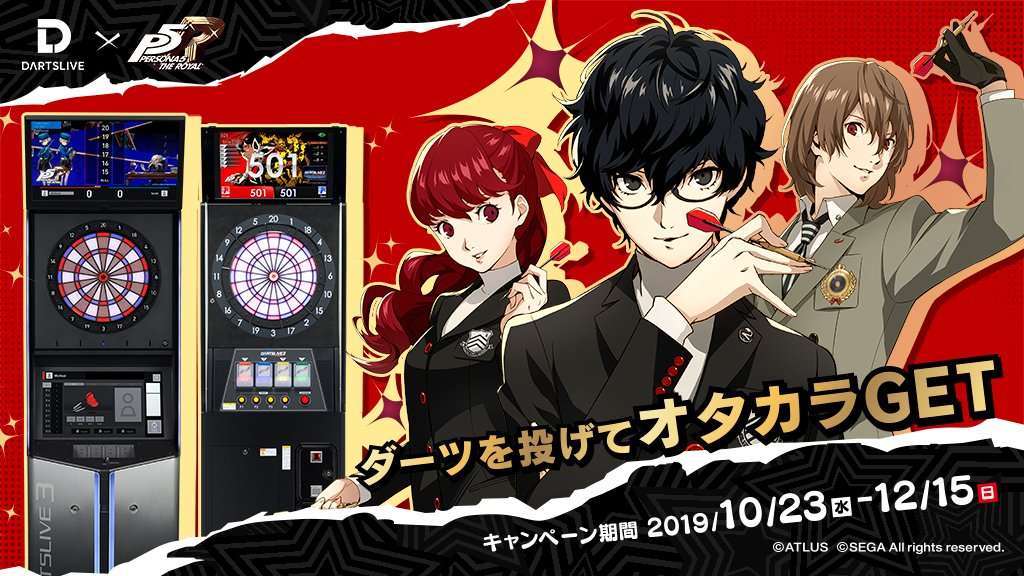 It’s been announced that a “DARTSLIVE x Persona 5 Royal” collaboration campaign will be starting next week, with the Phantom Thieves finally coming to DARTSLIVE. The official website for the collaboration can be found here.

The campaign will last from October 23 to December 15. The machines in question will be the DARTSLIVE3 and DARTSLIVE2 machines. Further details will be announced on October 23, 2019.