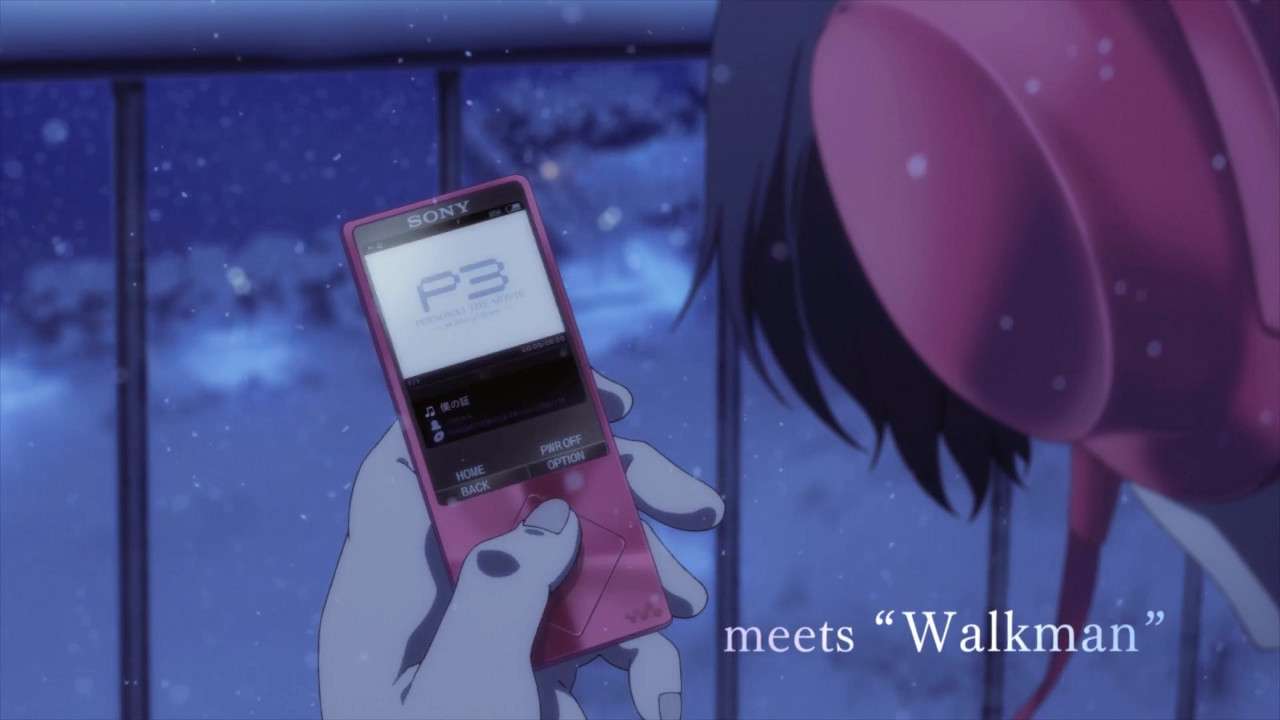 Following the release of Persona 3 The Movie #4: Winter of Rebirth in theaters on January 23, 2016, a collaboration campaign for the latest film has been announced with Sony Hi-res “Walkman” devices and headphones.

Starting with the commercial, an advertising and gift campaign are planned to be implemented, starting out on March 1, 2016. More information will be announced at a later date.