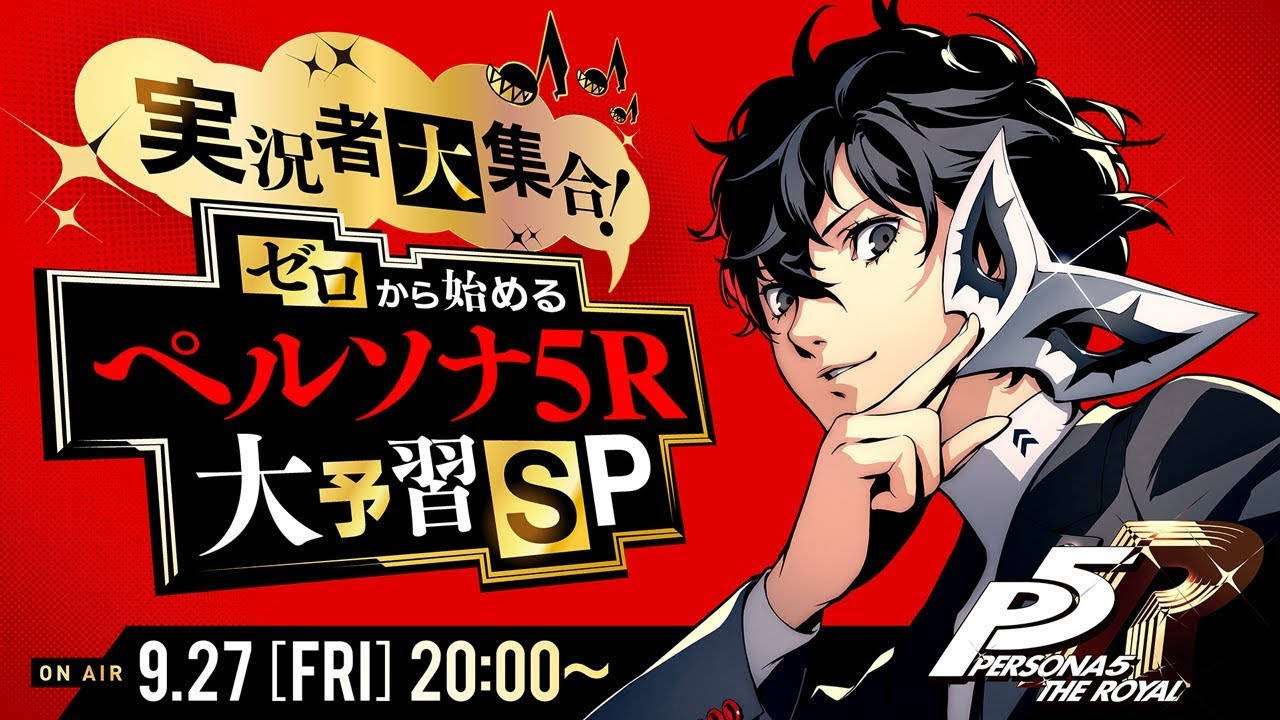 Atlus has announced that a Persona 5 Royal special live stream held by notable Japanese let’s players will take place next week, on September 27, 2019 at 8:00 PM JST.

The live stream is designed for those who have been interested in the Persona series, but have never experienced it. For those newcomers to Persona, this will be an official live stream of P5R.

The live stream will be broadcast through YouTube Live.