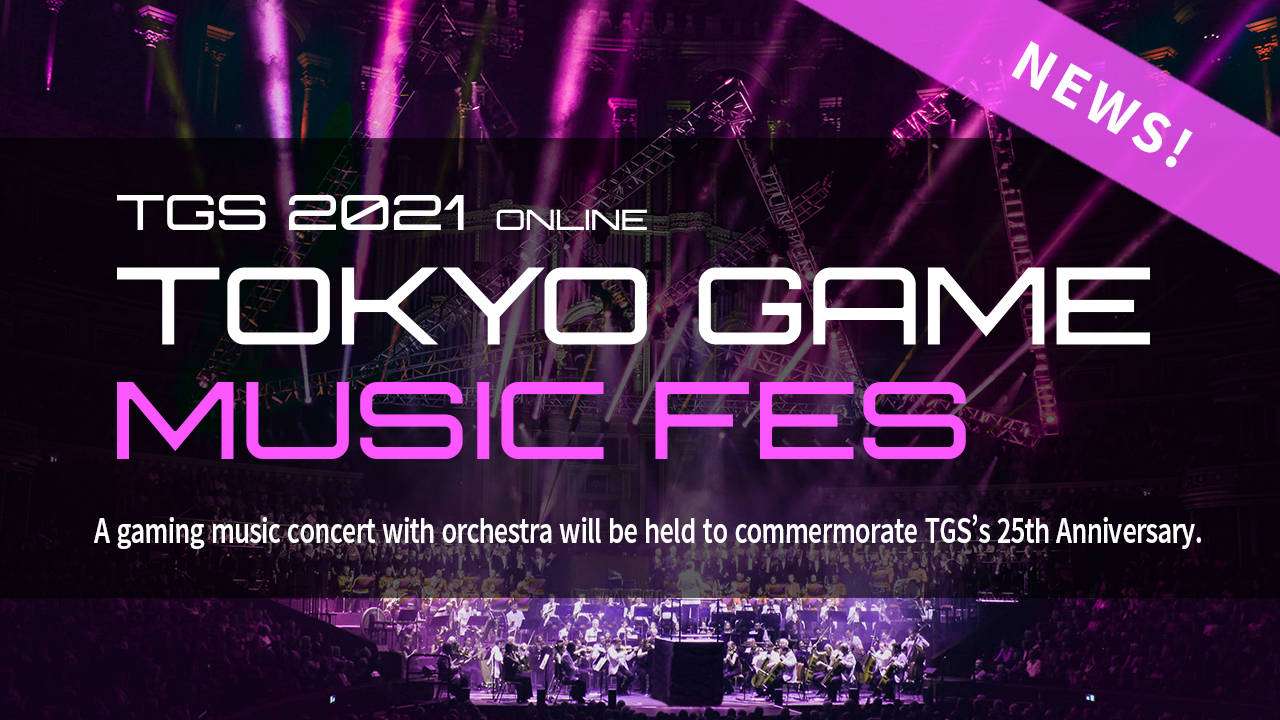 To celebrate the 25th anniversary of the Tokyo Game Show, a full orchestra—through the “TGS Special Orchestra” organized just for this event—will perform game music on October 2-3, 2021 in the first ever Tokyo Game Music Fes concert.

Alongside the orchestral main stage performances, there will also be an omnibus stage featuring a big band, pipe organs, and more performing a wide range of music on September 23rd, in collaboration with the streaming platform Thumva.