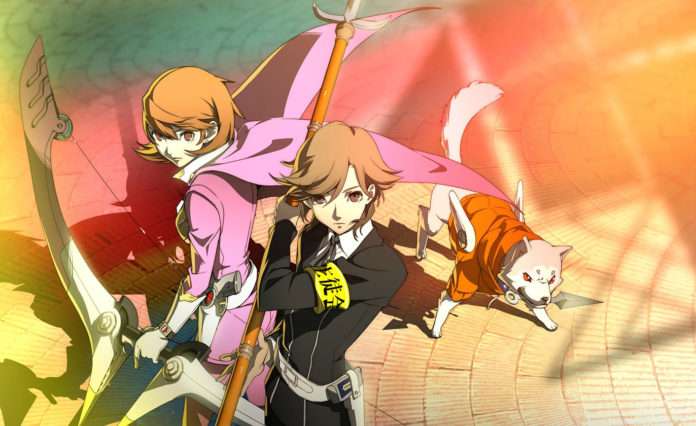 The Evolution Championship Series 2015 tournament took place last month, and Persona 4 Arena Ultimax was one of the games in the featured lineup.

The champion of the P4AU tournament was a Japanese player called Chou—a Ken Amada and Koromaru player—and EventHubs held an interview with him about his thoughts on the tournament and on the game itself.

Chou: I’ve been playing fighting games since I was in grade school, so I guess that makes about 17 years?

Street Fighter 2 was my first. I was happy just managing to do special moves, so I kept playing until I was able to beat the final boss, M. Bison, and really started liking the game.

As for playing fighting games in arcades and starting to think about them in a competitive sense, that would’ve been around high school, so about 10 years ago, which was also when I first started partaking in tournaments. At that time, my game was Guilty Gear XX.

MajinTenshinhan: At EVO, you weren’t just the winner, you were also the only Ken player in Top 32. Why did you pick Ken as your character, and how good do you feel he is?

Chou: I had experience from games such as Ultimate Marvel vs. Capcom 3, where assists are prominent, and started using Ken because of that. As I kept playing him, I felt that people weren’t counter him as they do with more regularly used characters, which made me feel he was a pretty unique character. It felt fun, so I kept using him.

MajinTenshinhan: In arcades, Persona 4: Arena Ultimax is currently a different version than the one on consoles, which was played at EVO. How did it feel having to switch to a version with completely different balance than the one you are used to playing?

Chou: They made changes to the game system when it comes to the Shadow characters in the current arcade version, which I think made the game more fun, but I had to stop playing it for a while, and only play on my home version, which felt kind of tough.

But, I kept seeing my dream of winning EVO in front of me, and even though I felt my chances of making that dream come true were small, I kept training with the home version. Many times, I kept thinking “Man, can’t they just update to the latest version, already?”

MajinTenshinhan: After winning EVO, do you think that you will be traveling more to international tournaments?

Chou: I think it will be difficult to manage it with my work schedule, but if I have the chance I’d be up for the challenge.

MajinTenshinhan: What do you think about the competitive future of Persona 4: Arena Ultimax?

Chou: I think that it’s a game where there are many opportunities for comebacks, and if you read your opponents’ movements correctly you can inflict big damage, which makes it fitting for tournaments, since there are many different elements to get hyped up about.

Especially in the current arcade version, there are situations where combos can do so much damage, which heightens both the nervousness and the fun factor, I think.

MajinTenshinhan: What is it that you like about Persona 4: Arena Ultimax over other fighting games?

Chou: There are many good defensive options in the game system, which make it difficult to lose, but I also feel that there’s so much risk to the game if your opponent reads you correctly, and there are constantly chances to inflict great damage on your opponent, which makes the game really fun to play.

You can watch the top 8 final matches of the Persona 4 Arena Ultimax tournament below:

Via Reddit, the rankings and estimated winnings for each player was the following: 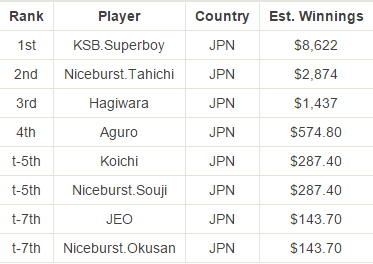