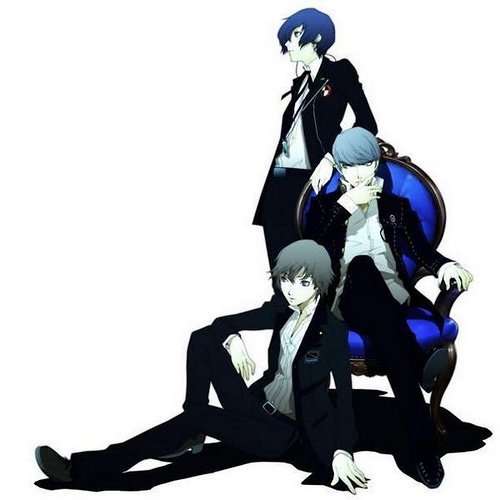 It’s been approximately three months since we’ve heard anything concerning a numbered sequel in the Persona series which, all things considered, could be much worse given the wait for Persona 5 has lasted almost five years now (starting with the release of Persona 4 in 2008).

The first reports of a new numbered Persona sequel in the media was on July 20, 2009 when Japanese blogs picked up on an article written by a pachinko website named 7-Rush. The article in question was written on July 2 and covered a conference from Taiyo Elec—a pachinko slot maker—and demonstrated an upcoming Shin Megami Tensei K pachislot machine set to release in August.

The end of the article mentioned a forthcoming “Megaten Boom” because, from their claim, Persona 5 was set to be announced for the PlayStation 3 soon. Unfortunately, this obviously did not happen. The website was suddenly updated on July 21, removing any mention of Persona 5.

The second time “Persona 5” was uttered was when, on August 6, 2009, composer Shoji Meguro was listed as the producer for Persona 5 on Sony’s Japanese mobile PlayStation page. This was most likely a mistake as Meguro was actually working as the producer for the PSP port of the original Shin Megami Tensei: Persona at the time.

There was a vague mention of Persona 5 was on December 18, 2009 when producer Katsura Hashino mentioned, in the final post to the Persona 3 Portable creator’s Blog, that the team that developed Persona 4 split in two after it was finished. Hashino’s team developed Persona 3 Portable and stated that this team would start work on a new project in the following year (presumably Persona 4 Golden), while the other team was working on an original new game nearing completion (presumably Catherine).

The important part is when Hashino mentions that starting in the next year, the two teams would start to gradually reunite to get to work on “that.”  “That” presumably alluded to Persona 5.

Persona 5’s development was confirmed by Hashino in a Dengeki PlayStation interview on March 24, 2010. It was not (and has not) been officially announced, however Hashino stated that it was happening and that he wanted to add elements in Persona 5 that is to be expected of the series as well as change things within those limitations.

In a Famitsu interview on August 31, 2011 that gave some minor details on the game’s development. Hashino stated that preliminary development for “the next numbered title” was nearly complete and that, from there, the staff would begin the actual development process.

Hashino confirmed that he would be the director, Shigenori Soejima would reprise his role as the series character designer and that Meguro would do the same as the main composer.

The most substantial point of the interview was that the Persona Team completed work on an internal engine that would streamline the development process for Persona 5, ditching the Gamebryo engine that was used for Catherine.

He finished by warning that the wait until the game’s release would be lengthy.

Famitsu had another interview on May 9, 2012 where Meguro said something akin to, “If there’s a Persona 5, and it is radically different from Persona 3 and Persona 4, the style of music would change as well.” He spoke as though the game’s development was not already confirmed, which was strange considering Hashino’s previous statements.

Again from Famitsu on August 8, 2012, Hashino said that the staff was currently focused on developing “the next numbered entry in the Persona series.” He continued by saying Soejima had submitted sketches and that the game’s making progress.

October 16, 2012. Famitsu, again. Hashino says, “Development of the next numbered Persona game is making progress.” He then says that he can’t reveal anything else and that Atlus will release more information when “the time is right”, asking that people stay tuned.

And all of that leads us to the ninth and final “update” concerning Persona 5 at a Niconico live broadcast during the Game no Dengeki Kanshasai 2013 event on March 17, 2013 where Hashino said that the team was “working hard on the next Persona title.”

And there we have it. Literally everything the public knows about Persona 5. Who knows when we’ll hear about it again, but hopefully the next time we do it won’t be a typical “we’re working hard on the game” or “development is making progress” statement.