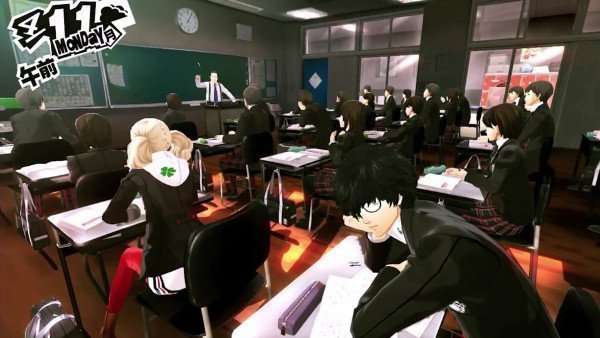 Following the debut trailer of the game, Famitsu has conducted an interview with the Persona 5‘s director, Katsura Hashino, which Gematsu has translated.

It’s been a while since we’ve heard anything new. How’s development coming along?

Hashino: Things are really coming along and we’re starting to hit our quality benchmarks in terms of what goes into the game, so at this stage, we’re hard at work building the game and fleshing it out. We’re just as eager to bring this game out finally so they can enjoy what all we’ve been working on and day by day, we’re getting closer to the finish line. It’s just going to be a little while longer now before it’s here.

From there, Hashino discusses the feelings of catharsis he wants to evoke in players with Persona 5, the “dark side of society” and the nature of the game’s main characters.

Read the rest of the interview, as well as Gematsu’s translation of Hashino’s Persona Channel post, on their website.