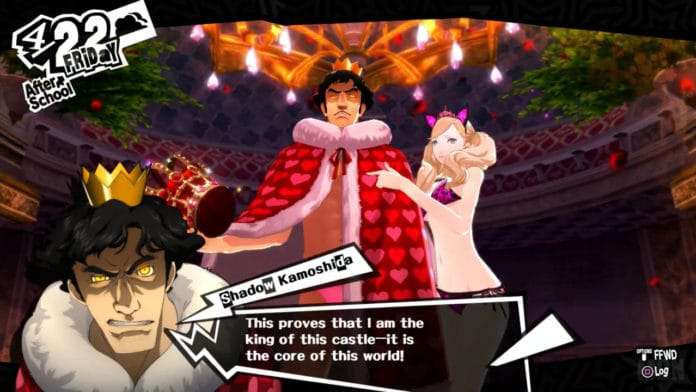 Famitsu has released an English Persona 5 fan survey to compile memorable moments and questions from those who have played the game.

Responses to the “Phan-Survey” will be collected to have Atlus’ Persona Team provide answers, and this will all be used to create an in-depth dossier—or comprehensive fan book—tentatively called the “Persona 5 Mementos Report.”

Ever wondered how Futaba used to spend time before meeting the protagonist and his friends? If enough fans want to know, we’ll ask the Persona Team and give you a peek into a day in her life before the game’s storyline. Let’s jointly turn this into a definitive fan book, by the fans, for the fans!

This is the first part in a planned series of surveys, with this one covering “the very beginning of the game until you complete Kamoshida’s Palace and hold the victory buffet with your friends on May 5.”

A Japanese version of this article was released last month.