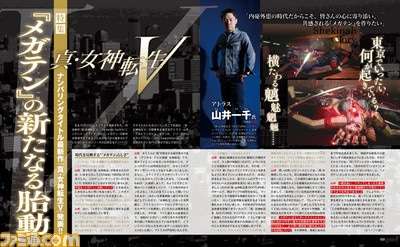 Shin Megami Tensei: Strange Journey Redux, the remake with added elements of the 2009 Nintendo DS RPG, is finally releasing in Japan. In the November 9, 2017 issue of Weekly Famitsu magazine (releasing on the same day as the game, October 26, 2017), there will be tips and various data to enjoy the game.