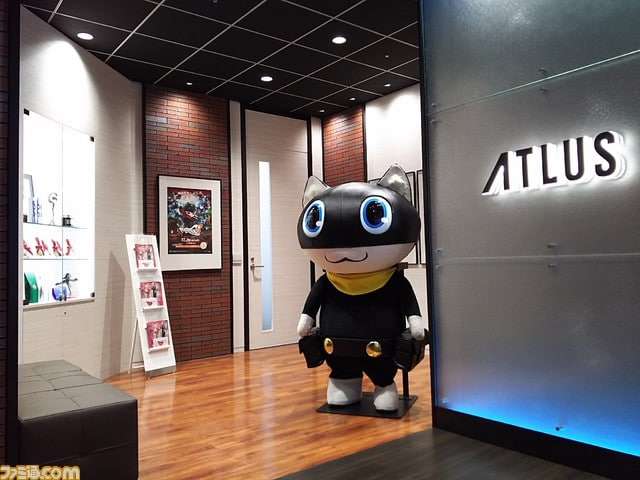 On September 3, 2018, Sega Sammy moved head offices to the Osaki Garden Tower, bringing Atlus along with them, Famitsu has conducted a report of the new Atlus offices.

With the first completed title in the new offices, Persona Q2: New Cinema Labyrinth, Famitsu also gathered statements from the team (taken from before the launch of the game).

The Morgana costume which has been active in various areas throughout Japan welcomes you at the entrance of the office.

This is the corner of the floor which consists of the Persona Team. Because of its open atmosphere, it’s easy for the staff to communicate with each other. There are also large display shelves for books and merchandise. 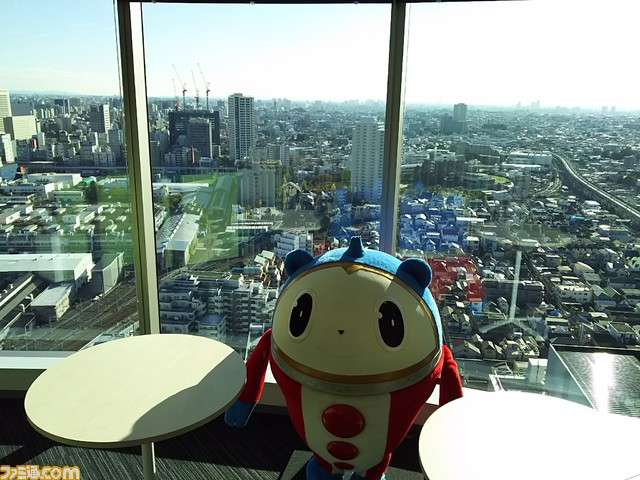 A meeting room with Teddie and the view at the top of the building.

Atlus’ playful attitude is also represented through the original flairs on the vending machines.

A vending machine designed with the Studio Zero logo. There are also sheep from Catherine on the side.

A complete gallery of the 4 vending machines at Atlus! The reporter bought something after the interview because they thought it would be nice to take a drink from Jack Frost’s mouth.

Exhibits of trophies awarded, as well as merchandise decorated as though it were a mountain of treasure. 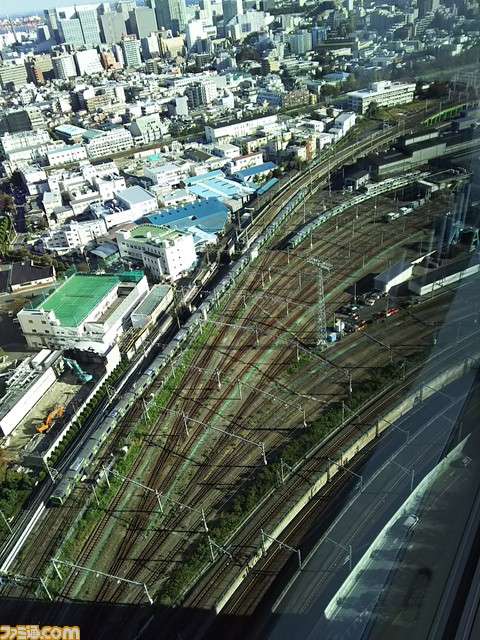 Below the building is the Tokyo Comprehensive Vehicle Center of the east Japan Railway (JR East). It’s a sacred place for railway enthusiasts. If one looks carefully, inspections are performed here, so occasionally rare vehicles will appear.

With the newly completed building, facilities were new and convenient, so it became a very easy place to work. This relocation happened just before the master of “Persona Q2,” so the development spot was tumultuous, but we were able to complete it successfully thanks to the staff’s efforts. This is the game that we first finished in this new building. With confidence, we’ll deliver the latest RPG in the Persona series. I would like you all to enjoy it!

The new office is a very comfortable place to work, especially since Atlus is on the top floor, where the view is the best. Previously, the development team and the promotion team’s floors were separate, but now they’ve gathered onto the same floor, so people are passing by each other more and the company’s open atmosphere has improved as well. Oh, speaking of passing each other, you can exchange sub-personas in Persona Q2, which will be on sale on November 29, with the StreetPass feature! Thank you!