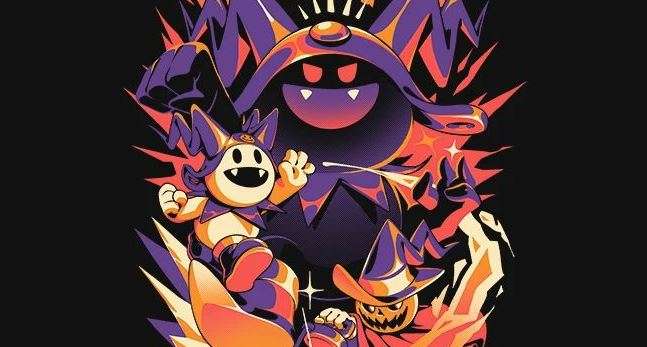 This official Shin Megami Tensei t-shirt was designed by Studio Ilustrata and printed by Forward on soft, 100% cotton shirts from Next Level and District. Each one comes with a bonus sticker.

Originally released for Anime Expo 2019, this official Jack Frost plush from ATLUS and Mochibi is now available in limited quantities at Fangamer.

A limited number of these keychain plushes, originally released at Anime Expo 2019, are now available at Fangamer. Each one measures approximately 3 inches tall.

Your most prized possessions.

Do it with style!

This official Persona 5 double-sided keychain was designed by Kari Fry and measures about 1.7 inches tall.