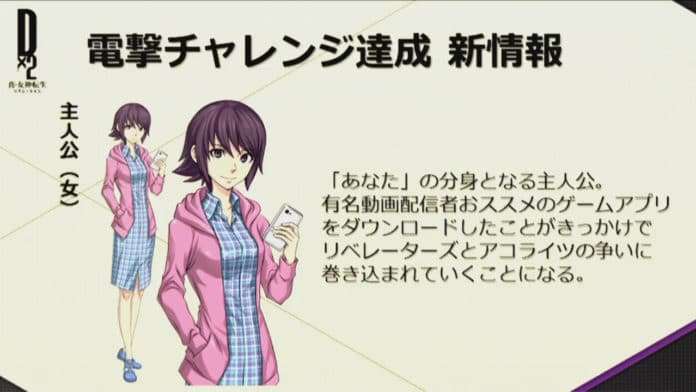 A Dengeki 25th anniversary live stream today featured the hosts tackling a challenge quest in the upcoming Dx2 Shin Megami Tensei: Liberation smartphone game, and a couple of new characters were announced for the game. 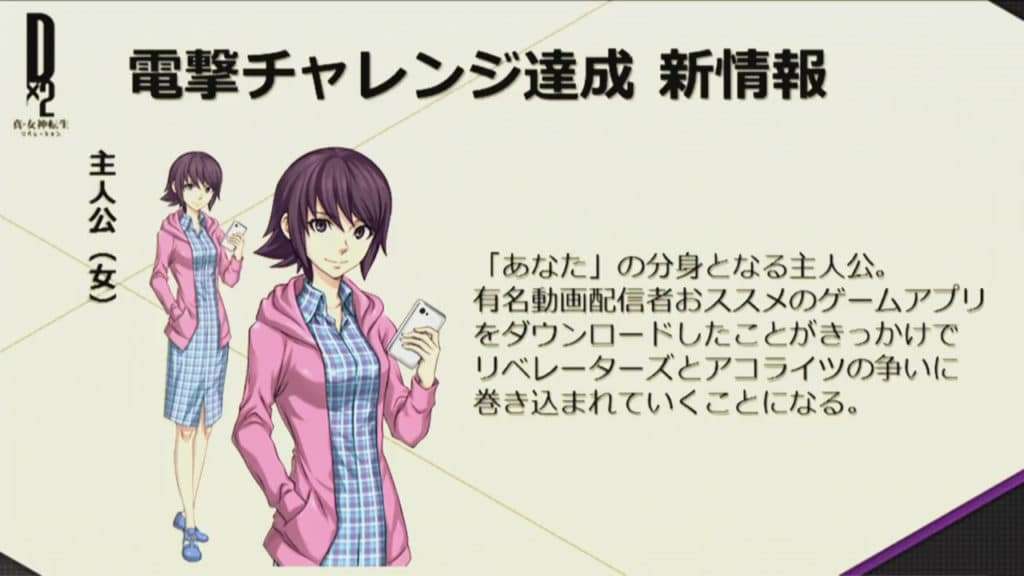 The hero, the player’s alter ego. They become caught up in the conflict between Liberators and Acolytes after downloading a game app by recommendation of a famous movie distributor. 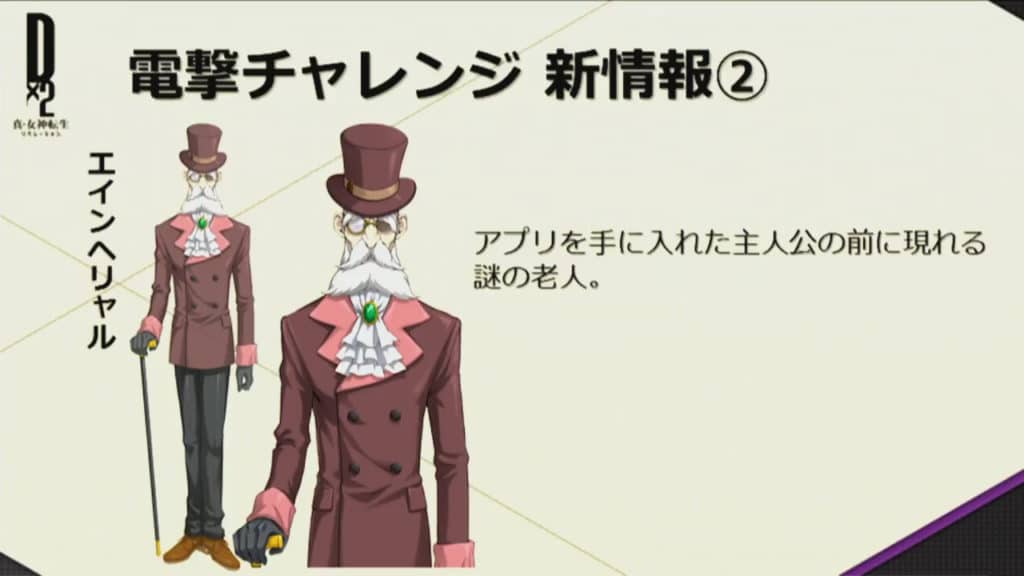 A mysterious old man who appears before the protagonist who received the app.

Details for previously revealed characters can be found here.

Dx2 Shin Megami Tensei: Liberation is set for a 2017 release in Japan for iOS and Android smartphone devices.