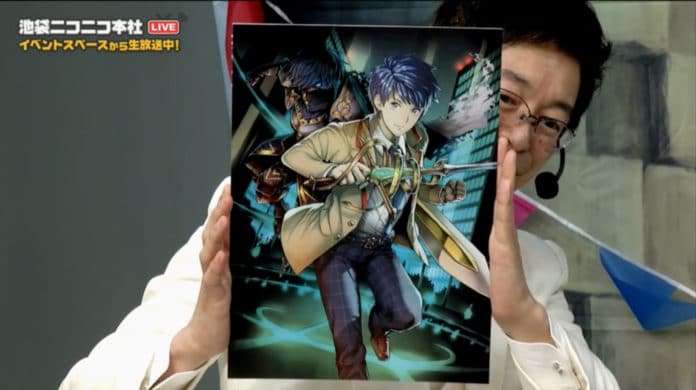 During a recent live stream promoting the release of the thirteenth series in the Fire Emblem 0 (Cipher) trading card game (releasing on June 28, 2018), it was announced that the fourteenth series will include Tokyo Mirage Sessions #FE cards.

Series 14 for Fire Emblem Cipher will be released on September 27, 2018. One Tokyo Mirage Sessions #FE card depicting the main protagonist Itsuki Aoi alongside his mirage Chrom—from the Atlus Wii U RPG—was previewed:

The live stream was also celebrating the third anniversary for the TCG, which debuted on June 25, 2015.

In the past, Tokyo Mirage Sessions #FE was also included in series 4 for Fire Emblem Cipher, which was released on March 17, 2016.