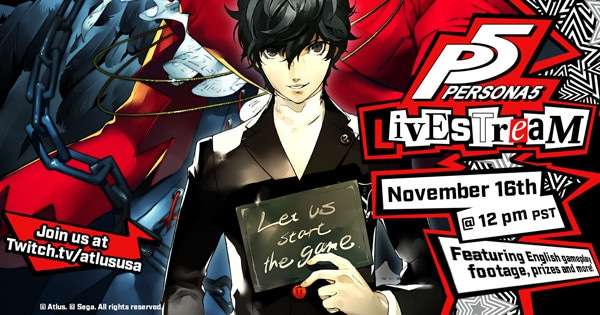 Atlus USA has announced that they will be live streaming the English version of Persona 5 on November 16th at 12 PM PST (3 PM EST). 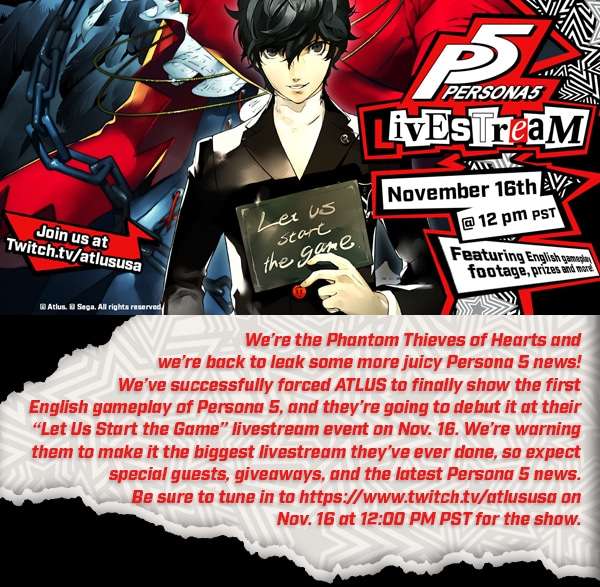 The “Let Us Start the Game” livestream event will feature special guests, giveaways, and the latest Persona 5 news. It will take place on Atlus USA’s Twitch channel.

The stream will mainly consist of footage from the game’s first dungeon, as well as some story content:

first dungeon – might touch on some story stuff, but not much.

Additionally, according to PR Manager John Hardin, the stream will last around 2 to 3 hours.