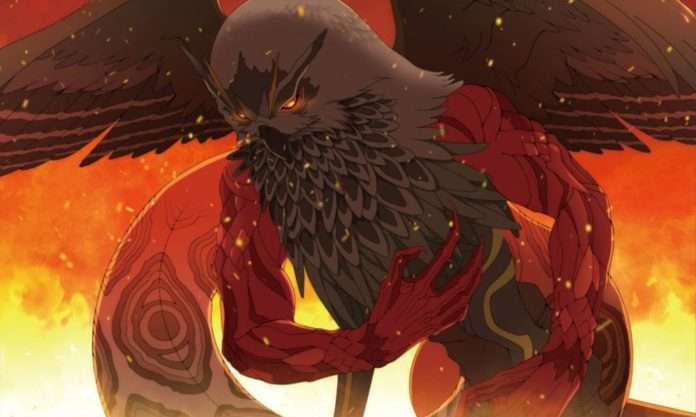 Scans of this first feature have surfaced. 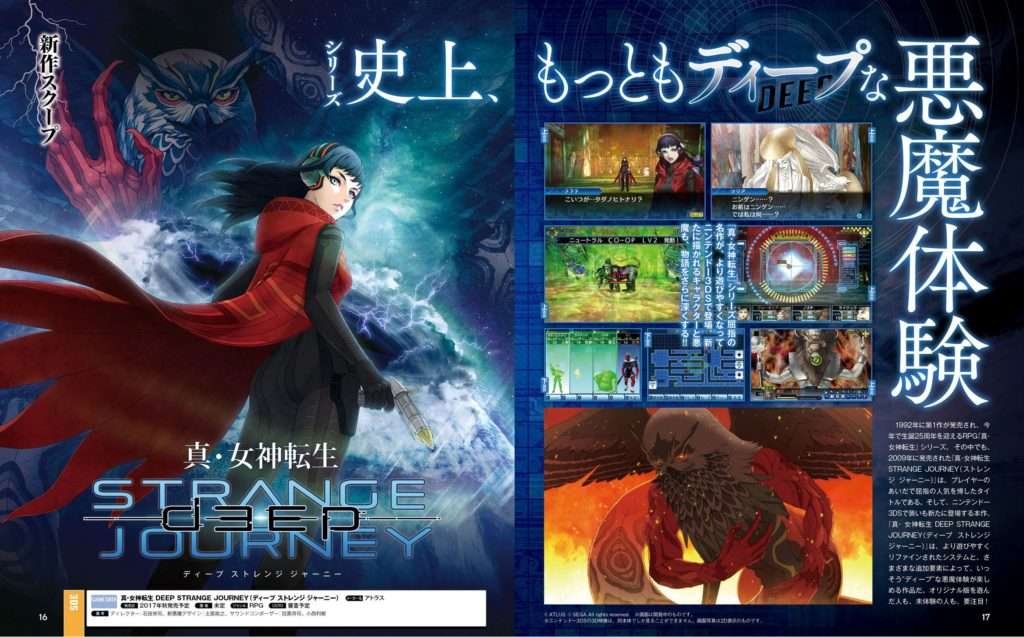 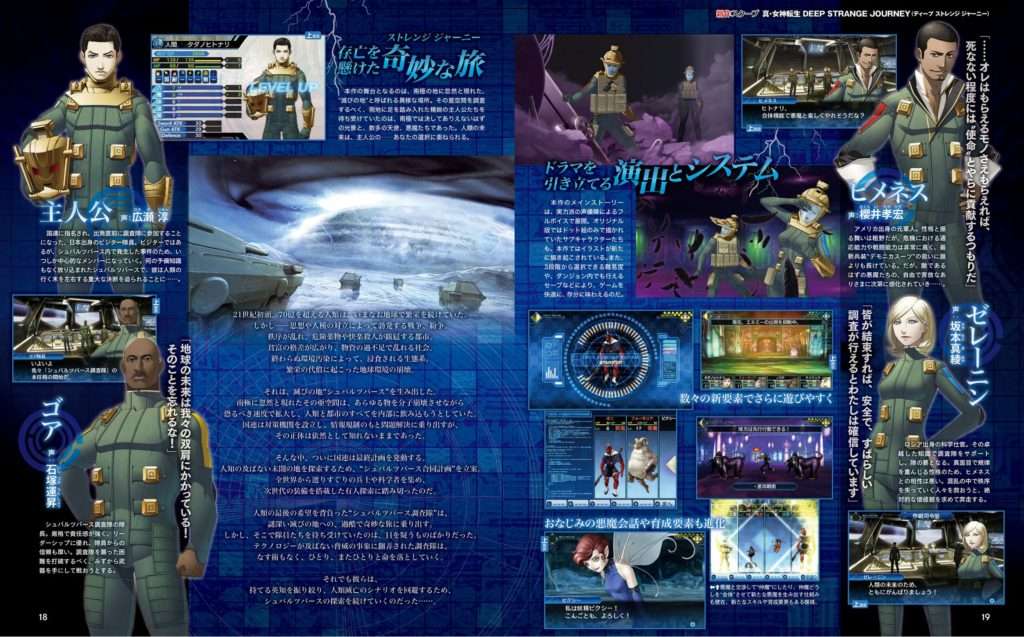 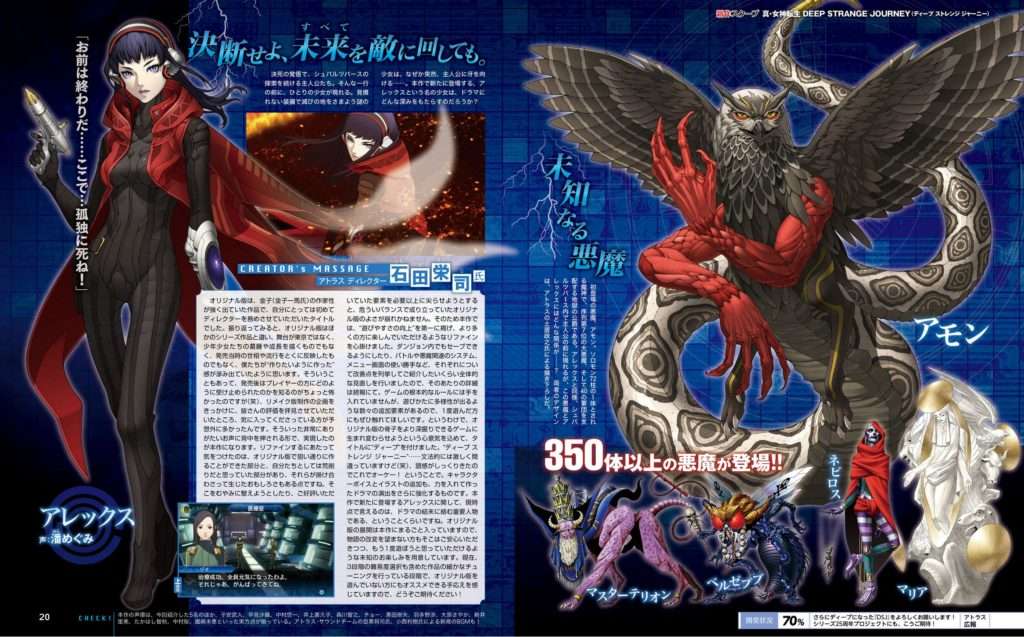 A remake of the original game released for the Nintendo DS in 2009, SMT: Deep Strange Journey will have more refined gameplay systems, with additional elements (notably new character Alex and new demon Amon, related to the new ending route of the game) for a “deeper” experience.