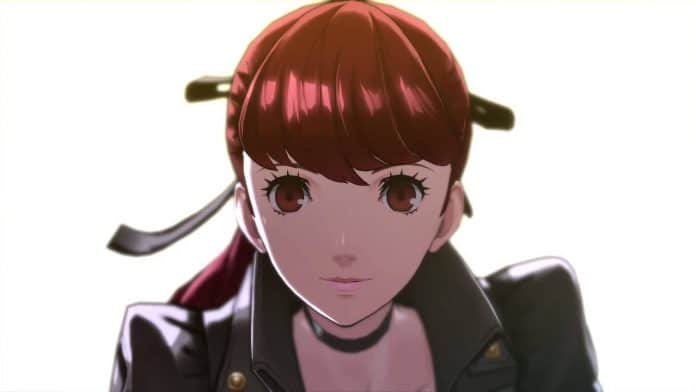 Like the previous interview by Kimberley Wallace published in August, this one also took place at the Atlus Art Exhibit 2019 in collaboration with Art Gallery Nucleus on August 17th.

Some excerpts of the interview can be read below.

For Persona 5 Royal, how was it coming back and designing characters after being away from it for a while? How did you ensure the characters were different enough but still fit in the game?

It was definitely a challenge. It’s always a challenge to actually bring in new elements to something that’s already loved by fans. With Persona R, there’s a new character [Kasumi] that’s custom made. We are aware that bringing a new character into an existing storyline, they’re not at the same starting line as other characters in terms of familiarity to the fans and how they’ll be received. So we’re all kind of nervous about how new characters are seen.

With Kasumi in particular, we wanted someone outside of the Phantom Thieves [who is] viewing the situation from a whole different perspective. We also [wanted to] bring her close in standing to one of the main characters, kind of in the protagonist way, where fans will be able to see the story from a brand-new perspective and [have] a new character.

How did you come up with Kasumi’s design?

With Kasumi, I really wanted to create just a straight-forward heroine type of character. This might be a little bit different in the West, but in Japan, the manga I grew up reading, the main [female] characters always had a ponytail, and their club activity was gymnastics. I really wanted to just shoot for that female protagonist archetype. Maybe in the States or in the West, it’d be [comparable to] a cheerleader type of girl.

With most of the characters in Persona 5, we really design them to have kind of a twist, kind of make them unique and different from what the standard character archetypes might be like, but with Kasumi, we wanted to just go straight for that heroine type of girl.

We recently saw Jose for the first time and his design is very different than anything else that we’ve seen before. How did you come up with that design?

I think you’ll understand the reasoning behind the design once you play. [Jose] doesn’t really look human…

What’s your favorite project or character that you’ve worked on?

As far as games that I’ve worked on, each game has a special place in my heart because there was a lot of work that went into each one. There are different challenges. But for characters, for Persona 3, Aigis is one of my favorites. For Persona 4, it’s Chie, and then for Persona 5, it’s the protagonist. I think the reason why I love these characters so much is because I put things that I really love into the design and they resonated with fans, so they liked it too. That kind of resonance is really what leads me to decide on a favorite character.

A lot of times I put things I like into a character, but it doesn’t quite translate to fans, or something resonates with fans that I didn’t expect at all. When it matches up where I liked it and they liked it, [those characters tend to be my favorite].

You’ve been working on Persona for a while now. What has kept you interested in the series and where would you like to see it go next?

As for the future of the series, I know now that it’s become more well-known in the West and there are a lot more fans and eyes looking at the series. Of course [fans] have loved the series up to this point, but I’m sure with more eyes on it, there’s going to be different things that the fans are looking for in the game. I hope that we can continue to have that conversation with fans and bring them something they really enjoy.

You’re working on the upcoming game Project Re Fantasy. What can we expect from your designs there?

This is completely different from what I’ve worked on [previously]. I’ve always loved fantasy, but once I started working on it, it became, “Well, what exactly is fantasy and how can we bring a meaningful fantasy game into this world? What can we bring to this sort of genre and game?” And so there’s a lot of trial and error and thinking about this whole genre and how to [create] the design.

I feel like we are finally at a place where we have a direction and are moving forward with it. Hopwefully, we’ll have something to show everyone in the not so distant future. We’re creating something only we can bring to the table—a very unique design. [It’s] something for fans to look forward to.

More from the interview, which includes a discussion of differences between the design philosophies for Catherine and Persona, and a commentary on the stylishness of the modern Persona series, can be read in the most recent November 2019 issue of Game Informer magazine.

The Atlus Art Exhibit 2019 panel featuring Shigenori Soejima in a Q&A can be seen in a previous article.