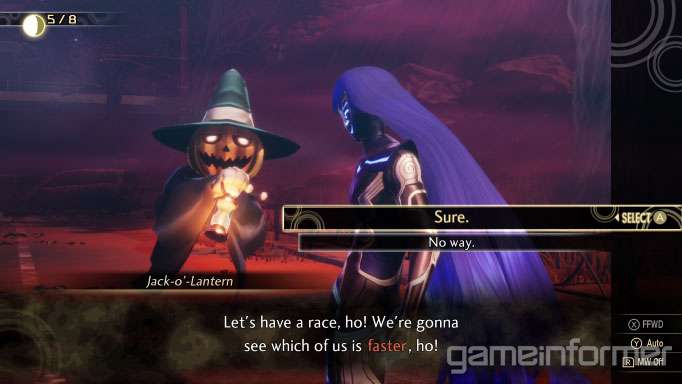 An overview of the new characters can be found in the previous post.

The recent news video for SMT V highlighted demon “ESsence,” which can be fused with the main character or other demons to customize skills and affinities. Additionally, a resource called “Glory” can be found in the world of Da’at to in turn gain “Miracles,” special skills which have powerful effects in combat.