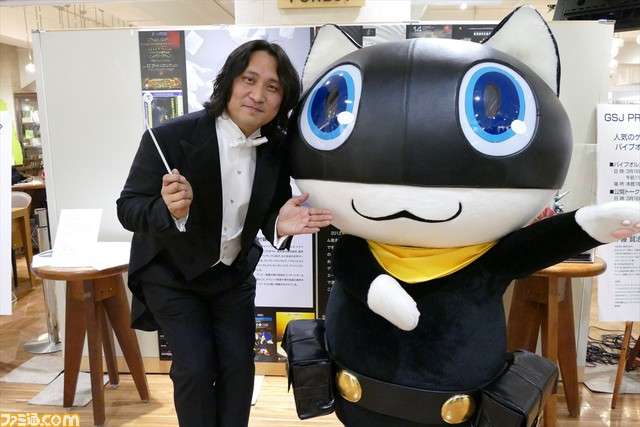 A first step of the event is a project closely related to the appeal of game music linked to the 20th anniversary of the Persona series and Persona 5, with an exhibit that will be present for a limited time until March 21st. 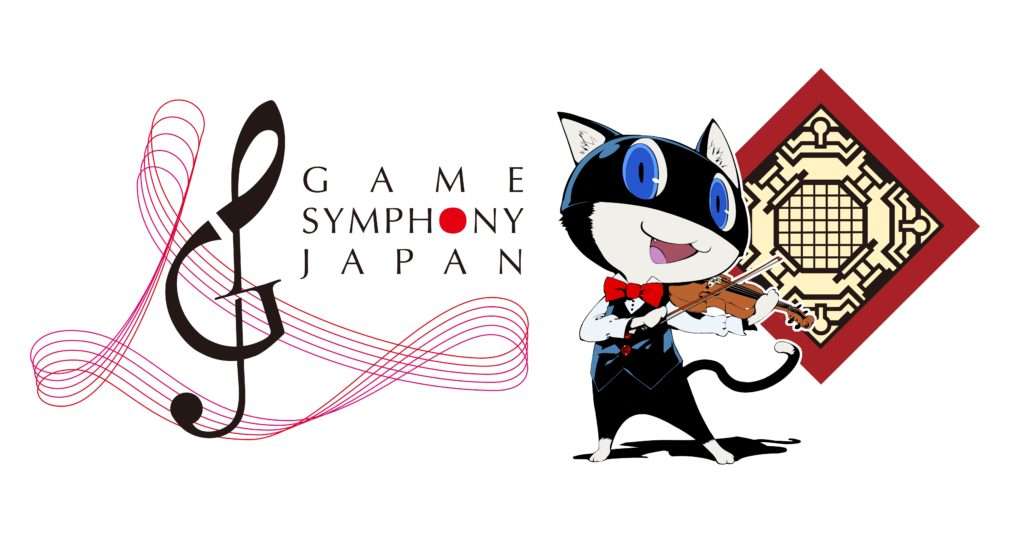 The main feature of the “GSJ Premium Week,” as previously reported, is the original concert “Game Symphony Japan Premium Concert ~P5~ @ Mitsukoshi Theater” which will be held at the Mitsukoshi Theater in the Nihonbashi Mitsukoshi main store, on March 20th. The theater has been labeled an important cultural asset of Japan, and the concert will be held in a unique stage where the small theater and the audience seats are united.

During the period from March 15th to the 21st, the main floor of the Nihonbashi Mitsukoshi Main Store’s 7th floor, “Café Cafe,” will have exhibitions, special merchandise for sale, and collaboration menus. Famitsu has reported on the exhibition space where media and stakeholders attended before the opening of the event on March 15th.

The timeline includes important materials such as “Persona 3” manga adaptation drafts and finished manuscripts, as well as storyboards and scripts of the Persona 4 the Golden Animation. 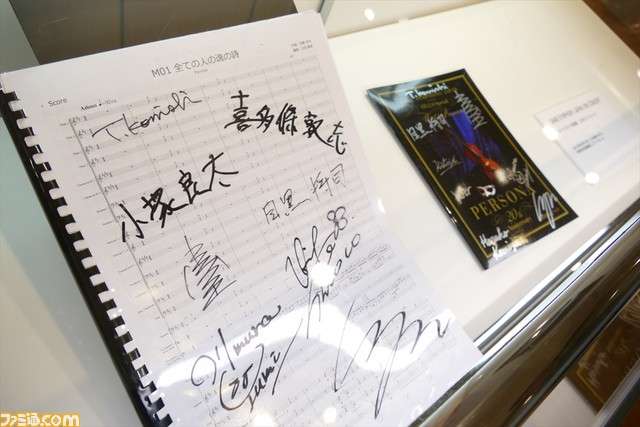 Large and small unique instruments used in the concerts.

Limited edition merchandise is sold at the “GSJ Premium Week.” In addition to items such as clear files, mint tablets, and masking tape, the exhibition includes pre-orders for the Persona 5 collaboration version of the “Kibiro” robot. The price, including a monthly service fee for 12 months, is 635,040 yen (tax included).

As a special exhibit, “Persona” cakes created by students of the Tokyo College Department of Tourism Cafe Service are displayed. Under Atlus’ supervision, the students produced materpieces shown at the entrance using a selection of design materials.

Pictures of the menu via @bu_bell:

In addition to the concert on March 20th and the exhibition at the cafe, fan meetings with the creators and performers involved with game music are being held at the central hall of the main building’s 1st floor, with talk shows and mini live performances at the main entrance of the new building’s first floor.