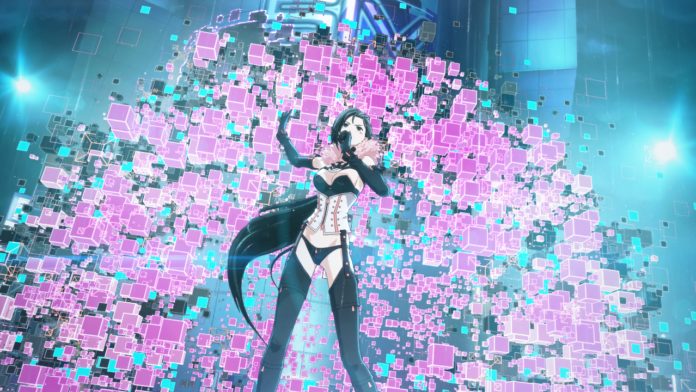 Through E3 2015, Games Beat has posted an in-depth interview with Shinjiro Takada (Atlus director behind the Devil Survivor series) and Hitoshi Yamagami (Nintendo producer) about how the collaboration project started off.

This follows the snippet of this interview via producer Shinjiro Takada’s statement yesterday that the idea for Genei Ibun Roku #FE came about when Atlus was developing a DSi and 3DS photo booth app. Addressing the speculation behind the game from its initial announcement in 2013 to its reveal on April 1, 2015:

Shinjiro Takada: Everybody is pretty much off the mark with what they’ve thought about this game, but one thing that people got wrong the most in Japan—at the end of the first trailer we announced, there was a line that said—people who are fans of Japanese voice actors knew the voice of Yuichi Nakamura. He generally voices main characters, so they were saying, oh, Nakamura’s going to voice the main character. Actually, he voices someone completely different. They were off the mark there.

The development team behind Genei Ibun Roku #FE, at the time known as “Shin Megami Tensei X Fire Emblem,” had a difficult time figuring out just what the game was going to be.

Shinjiro Takada: What happened was, in the process of making this game—the whole idea started when Mr. Hitoshi Yamagami, who is a producer at Nintendo, brought the idea of making a simulation, a strategy game, to Atlus. This was a problem, because Atlus is well known for making JRPGs. That’s our bailiwick. The next thing was, well, what do we do? Do we make it fantasy-based, because Fire Emblem is known for fantasy settings? That kind of fantasy game isn’t really what Atlus tends to put out, though. In the beginning phases of making this game, we really didn’t know which direction to push it in. Do we push it closer to Fire Emblem or to the modern setting of Shin Megami Tensei?

GamesBeat: How long did it take to get to a point where that decision was solidified and production went forward?

Shinjiro: Deciding what to make it closer to, that happened a bit after Mr. Yamagami brought us the idea. The problem is, if you make it too much like a Fire Emblem game, then why doesn’t Intelligent Systems just make it themselves? The goal for this was to do something that the Fire Emblem series can’t do. In the end, the reason the game looks the way it does, the reason the content is the way it is, is because this is something we wanted to do as an Atlus game, a game only Atlus could make. Discussing some of the fan reactions to the trailer:

GamesBeat: The previous trailers showed very small teases of battle systems or other aspects of gameplay. Was that intentional? It got a lot of people talking, to the point where we saw frame-by-frame analysis of the trailers. It was fun to look into and explore.

Shinjiro: We weren’t paying too much attention to the response to the first trailer, but we did check out some of the Japanese YouTube comments. People were making some really strange predictions. A few of them got pretty close, though. We put a lot of Easter eggs in the trailer for people who were looking hard. You’ll see that some of the posters have tikis in them and stuff like that. On 2channel, the Japanese message board, they were looking at that and doing all kinds of analysis. It was fun to watch that.

Shinjiro: We’ve put together such a big project here that we’d like fans to look in every corner. They’ll be able to see lots of different things. There’s one thing I forgot to talk about when we were discussing the way the game came about, by the way, talking about whether to make it more like Fire Emblem or Shin Megami Tensei. We were talking about different systems and had to drop certain things as far as the scenario was concerned. One thing we were worried about at first in the scenario was, how would we treat the way the Fire Emblem characters work? What we finally ended up with was a role that is very similar to how the demons are used in the Shin Megami Tensei series.

But we were wondering — should we make them into humans that can become friends with the main characters? That was one thing that changed throughout development. We were able to figure out throughout the scenario that we were going to make the Fire Emblem characters into demon-like figures, like the demons in Shin Megami Tensei. They would serve as heroes that helped your main characters in battle situations. However, one thing we were worried about was how the battle system would work here. Initially we thought it would be closer to a simulation-type game, where there would be different lanes and you controlled different characters. But in the end we made it look more like a traditional RPG. I think that’s the right decision, but we were really worried. When talking about the initial essence of a “crossover” project:

GamesBeat: Was there ever any concern that one franchise would take a backseat to another in the way it’s come together, with Atlus having full rein over how the game looks and plays?

Shinjiro: That’s probably not going to be the case. We took the essence of Fire Emblem and tried to put it into a Shin Megami Tensei style of game, but it’s not as if one series is stressed over another.

Yamagami: When we thought about making this game, we thought, what would Fire Emblem look like in modern times? If we set the Fire Emblem series in modern times, it would be this game. This game contains elements of Shin Megami Tensei and elements of Fire Emblem that are mixed in, but really this game is being made for someone who’s new to both series to jump in and play as its own thing. While fans of either series will be able to jump in and say, oh, this is from Fire Emblem, that’s from Shin Megami Tensei, really the mix of that creates something that someone entirely new will be able to enjoy.

GamesBeat: Were there any efforts put in to really support this as a gateway, something that can bring new players to either or both franchises?

Shinjiro: In my opinion, this game is a Shin Megami Tensei-type of game. It’s a game that Atlus would make. People will inevitably be drawn to other Atlus games if they enjoy this game. Fire Emblem is a little bit different, because it’s a simulation game. It has players working with a tile set and things like that. While it’s true that they may go to play other Atlus games, I’m not so sure about the Fire Emblem aspect. We didn’t think too much about that when we were making this game.

And speaking about the music of Genei Ibun Roku #FE:

Takada: The background music is being handled by Mr. Fujisawa. He’s famous as the composer from Love Live. But the music you heard from the first trailer, the singing, and a lot of other songs with voice in them, that’s being handled by a Japanese record company called Avex. We’ve gotten them to handle music for us. We’ve asked a famous producer who deals with a lot of Japanese artists to write the songs.

Read a lot more from the thorough interview with the producers behind the game on Games Beat.