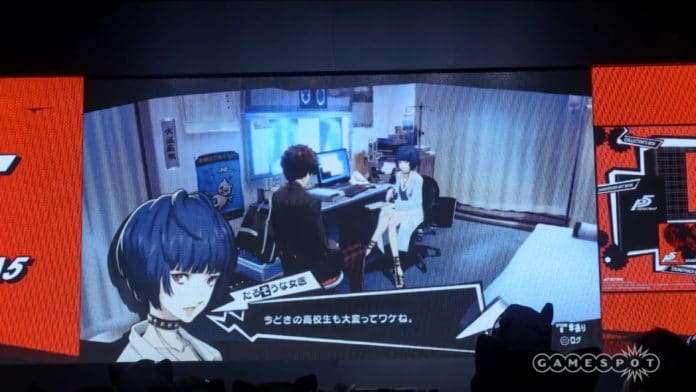 Following the segments of off-screen Persona 5 gameplay footage recorded at the first ever public demonstration of the game, GameSpot has recorded and released the entire event.

IGN and Dengeki have also released their own video of the gameplay demo.

As announced previously, there will be more gameplay presentations for Persona 5 at E3 2016 in the near future.