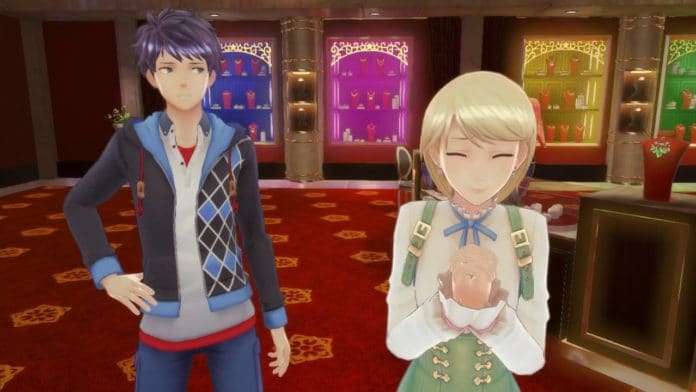 Prior to the launch of Tokyo Mirage Sessions #FE less than a week ago, GameSpot interviewed Atlus producer Shinjiro Takata and Nintendo designer Hitoshi Yamagami concerning Atlus’ English localization of the game, as well as the creative decisions behind the game itself.

As previously confirmed in April 2016, Atlus localized the English version of TMS #FE and not the Nintendo Treehouse team, which was previously expected.

A portion of the Western audience that appreciates Japanese games become very upset when any content in a game is altered during the localization process, regardless of how big or small the detail may be. When adapting a game for Western markets, does that affect how you go about designing some elements? Or do you ever feel like you have to strip away things that are central to the game’s identity or purpose, just to make it a viable product outside of Japan?

Hitoshi Yamagami: Each country has its unique culture and taste. There are times when common sense in one country can be thoughtlessness in another. However, if we create a game with only that common sense that causes no problems in any of the countries, it can be a very boring game.

From among the various complex tastes of people worldwide, the developer selects settings and characters that appeal to as many people as possible. That being said, it is true that as we build up the settings and characters, we are sometimes obliged to change something in part of the game. This optimization does not destroy the identity of what we as developers want to convey. Developers would not accept such drastic changes. The changes made during localization are optimizations intended to bring to as many customers as possible the things that we want to convey. No major changes are made that would change what we want to convey.

Nintendo tends to be very hands-on with the projects they help out with, but what drove the decision for Atlus to handle the localization and not Treehouse?

While we love getting access to the Japanese voice cast in a game, it seems like an uncommon choice. Many Japanese games that come to the West replace the voice cast with English actor entirely. What’s the full story behind deciding not to localize the voice acting?

Yamagami: That is because the essence of this game lies in songs. When you listen to a song from overseas, people mostly listen to it in the original language. People who listen to Japanese music overseas would most likely hear it in the original Japanese. In this title, the voice actors who sing the songs also do the voices of the characters. (The voice and the songs sung by a character are played by the same voice actor.) In order to take full advantage of this characteristic, we thought it better not to dub the voices. Of course, we could look for a song that an English-speaking voice actor could sing, and use the same concept to localize it, but that would delay the launch by another year. The result of overall consideration by the development team was to adopt the format of: Japanese voice, Japanese song, and English subtitling.

Read the full interview on GameSpot, which includes details from Takata concerning the origins of the game and its development process.