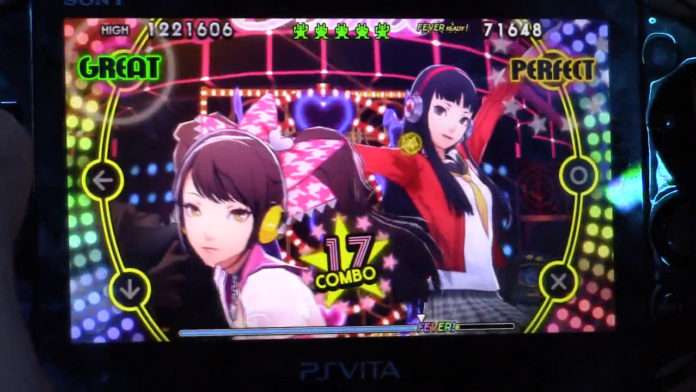 GameXplain has uploaded a full playthrough of the song “Snowflakes (NARASAKI remix)” in the English version of Persona 4: Dancing All Night, through the demo version that was available to play at E3 2015 last week.

The main character for the “Snowflakes” remix is Yukiko Amagi, and the player in the video plays through the song on the Easy difficulty level with Rise Kujikawa as a partner.

As the game audio in the video is clear, more of Rise’s new voice can be heard, as it was confirmed Laura Bailey would not be reprising her role as the character.

Persona 4: Dancing All Night is releasing in Japan this Thursday, on June 25, 2015. The PlayStation Vita exclusive rhythm game will release in North America in fall 2015.