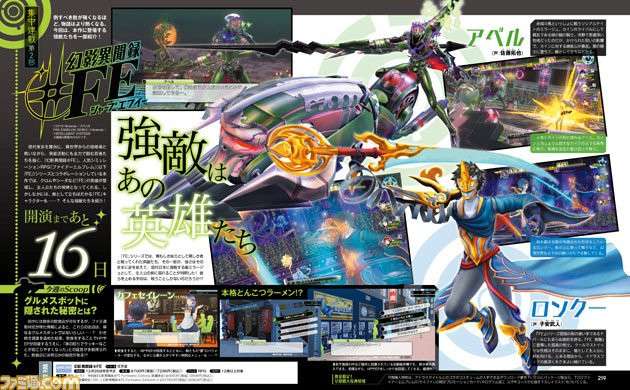 Update (2015-12-08): A Hachima Kikou flying get leak reveals more of the enemy characters from this week’s Famitsu, added near the bottom of this post.

With the game releasing in Japan later this month, the countdown feature for Genei Ibun Roku #FE continues in this week’s Weekly Famitsu magazine issue #1410, and this time it’s about new characters who will appear as enemies in the game.

This follows the previous Famitsu feature for the game on December 3rd, in issue #1409, which featured the new character Yashiro and his Mirage Nabarl.

The upcoming feature will be about two new opponents that appear from the Fire Emblem series as enemy Mirages:

A Famitsu leak confirms that four additional Fire Emblem characters will be appearing in Genei Ibun Roku #FE as enemies, with eerie appearances.