Following the announcement of the Genei Ibun Roku #FE Visual Artworks last month, the cover for the upcoming art book has been revealed. 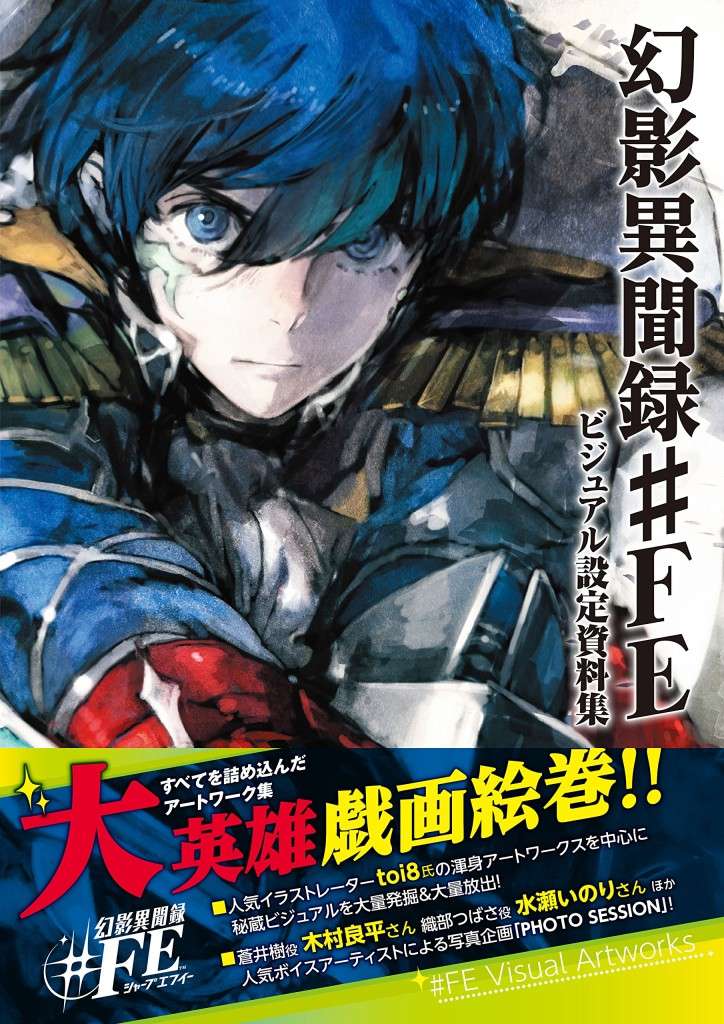 The cover is illustrated by the game’s character designer, toi8.

The #FE Visual Artworks will include never before seen illustrations during the game’s production process such as unimplemented weapons, background images, animation illustrations, and a large amount of concept art.

A smaller edition art book with concept art and designs was included with the game’s “Fortissimo Edition” in December 2015.