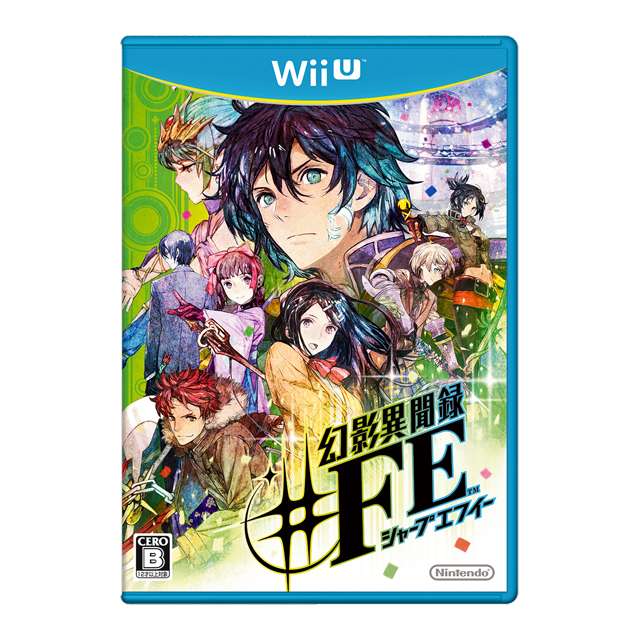 Featuring the background profile of the main character Itsuki Aoi.

The standard edition is priced at 6,700 yen. The DLC Atlus Collaboration Outfits will be included with all first-print copies of the game. 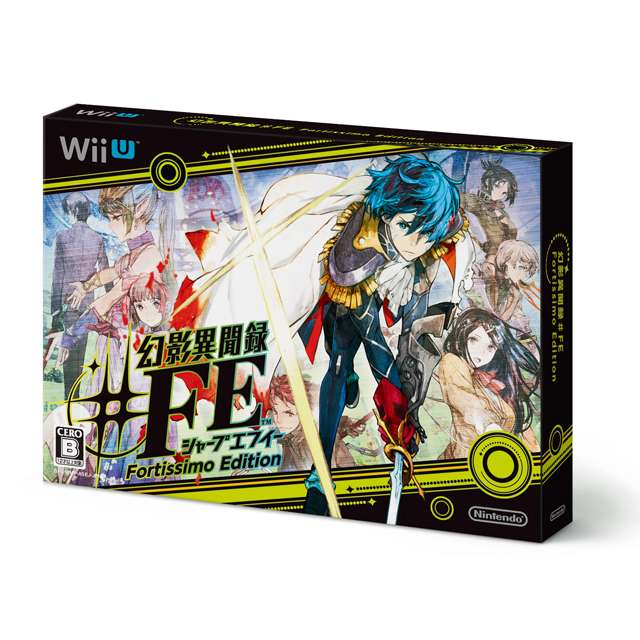 Featuring the hero, Itsuki Aoi, attacking in his Carnage Form. 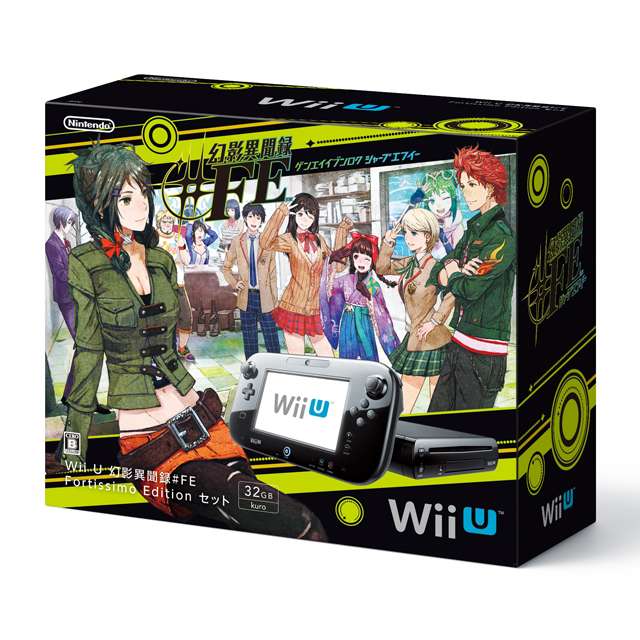 Featuring the main characters relaxing in the Fortuna Entertainment building.

The special Wii U bundle version of the “Fortissimo Edition” costing 40,824 yen (including tax), which will come with a 32 GB black Wii U console, six character specific lyric cards for their songs (album-sized), two exclusive sticker sheets and a “3 Support Quest” set DLC card.

Additionally, the official website has been updated with a new background image for the main characters of the game (featured on the standard edition box art), as well as a new page for the previously detailed support characters of Genei Ibun Roku #FE. 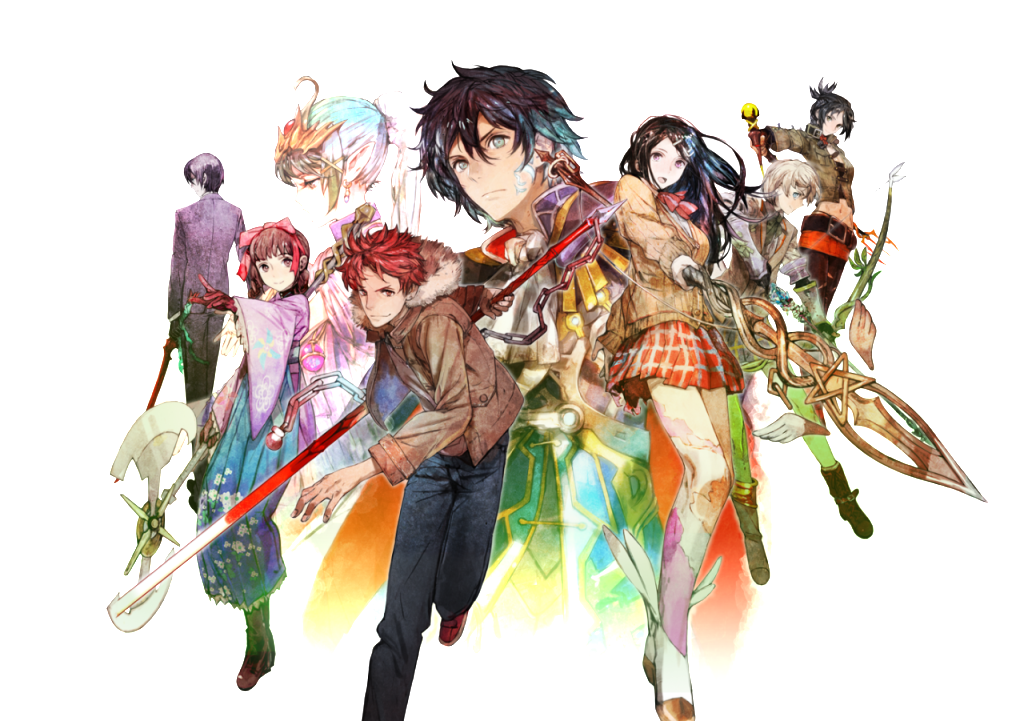