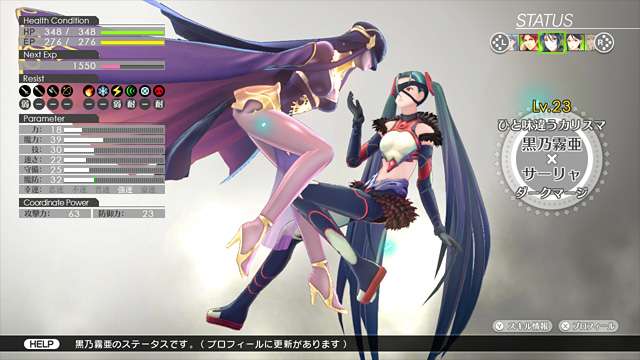 JRPG.moe has provided a translation for this interview, which goes over the theme of entertainment in the upcoming Wii U RPG, as well as the concepts behind the newly revealed Mirage Fire Emblem characters.

Music seems to play a key role in the game

Hirata: It’s not just music, we’ve depicted a wide variety of entertainment forms through the party members. For instance, Toma dreams of being an action star, aspiring to take the lead role in a tokusatsu program. Additionally, Eleonora is a young actress who aims to be a Hollywood star. There are some issues because she’s half-Japanese, so there’s some bittersweet drama in her quest to fulfil her dream.

Of course, there’s lot’s of music too! Tiki also sings tracks aside from “Beastie Game” and we recently introduced the songstress Mamori the other day – there’s music prepared for her too. In addition, there’s characters performing in duos, characters with theme songs… there’s quite a lot of variation. You’ll see everyone shine in a range of scenes so please enjoy!

On the appearance of Fire Emblem characters

Hirata: This time around we’ve revealed three more Mirages. With their size difference, Mamori and Draug are an odd couple. We’ll detail more on the combination of these buddies in this blog, so stay tuned!

Kiria’s Mirage is Tharja. Both characters are similar and exert the same seductive aura, so I think it’s a perfect match. Tharja was a really popular character in Fire Emblem Awakening and we’ve tried to capture her appeal through her Mirage form.

In this status screen you can see the two characters posing; the bewitching dynamic between the pair is a real favourite of mine. Wait, what am I going on about? Anyway, there’s a range of other Fire Emblem characters in the game so keep an eye out for more news!

Ishida: Eleonora and Virion combine despite having conflicting personalities. Eleonora is a bit of a rowdy tomboy so Virion, with his upper-class elegance, tries to correct her manners and behaviour. Her tries to guide her into becoming a “respectable lady”, but will his wish ever come true? That’s all well and good but why the heck does such an “upstanding gentleman” have two bows on his arms? (laughs) 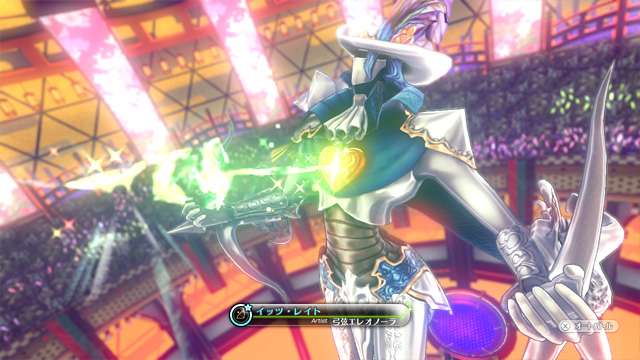 Well, I guess it’s so that the actors match. There any many Mirages that have yet to be announced and that’ll be covered in the next update! Please look forward to it.

In the trailer, Chrom has taken on an unexpected appearance

Ishida: Chrom and his comrades are warriors from another world that are engaged in an endless battle. As a result, they’ve evolved into a specialised form for combat – that’s the basis for the setting. They’re all heroes, but at the same time they look almost like monsters. Their designs reflect something like the sorrowful, dark history of their struggle. They needed to specialise to survive, so that means that their unneeded body parts have degenerated.

Fire Emblem is known for its dragons! Will there be a Wyvern Rider Mirage in the game?

Ishida: When you buy the game you can see for yourself! Fire Emblem is known for a lot of things that people will want, but we can’t afford to say too much until it’s out!

Please tell us if you can swap or train up mirages!

Hirata: The game focuses on the relationship between the mirages and their masters – since we wanted to emphasise the sense of camaraderie between the two, the Mirages are all fixed to each character. That said, there are elements of the Mirage itself that can change. We’re preparing to publish more on the combination of Mirage training and close relations with their masters.

Will the bonus content that comes with first-run copies of the physical game be included with the downloadable version?

Hirata: Of course – people who buy either version at launch will receive the “Collaboration Costume Set”. For more details, please look at the product line-up!

This interview was the second edition of a developer interview, with the first having been released on October 7 with the third Genei Ibun Roku #FE trailer. A translation of it can be found on JRPG.moe, as well.