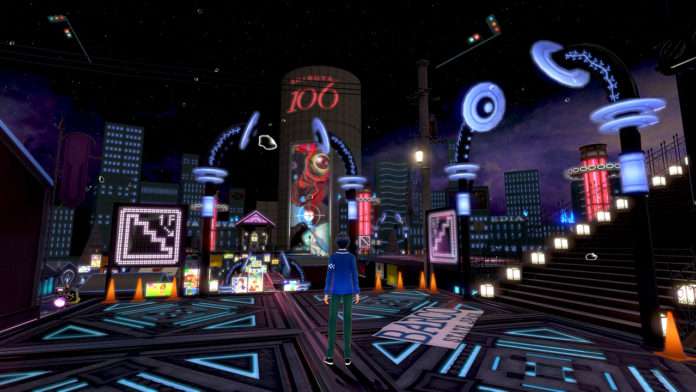 The developers interviewed are from the previously released interview:

They discuss the setting of Shibuya in the game, initial design ideas for the main character, and design ideas they had for the battle scene aesthetic of Genei Ibun Roku #FE.

Ishida: Well, Itsuki is a rare main character for an Atlus game as he is relatively active in chats, so perhaps a protagonist like, “I’ll become a rock star!”, would have worked as well.

ND: If Itsuki-kun was a character like that, the image would change quite bit.

Ishida: Yes. But the player takes part as Itsuki in the game, so I thought it would be better to have a character who has a bit closer point of view [to the player] so that you can project yourself, rather than having a grand dream which is quite remote for the player. Therefore we thought along the lines of a manager or a producer, but even that is a bit different, I think.

Yano: When talking about the performance direction, we had more ideas in the beginning. There were things like a battle starting with a clap of a clapperboard by an assistant director.

Ishida: We even had a 3D stage assistant character.

Yano: But when we tried making that, the direction was too long as you’d expect, so it was scrapped.

Ishida: We also had an idea of the camera flying a lot around the battle stage, but it mixed things up, so too troublesome things were removed and in the end it turned out in this form. There was also a system in which booing occurs on failures, but that simply isn’t pleasant while playing, so it makes you give up (laughs).

Read the full interview on Nintendo Everything.