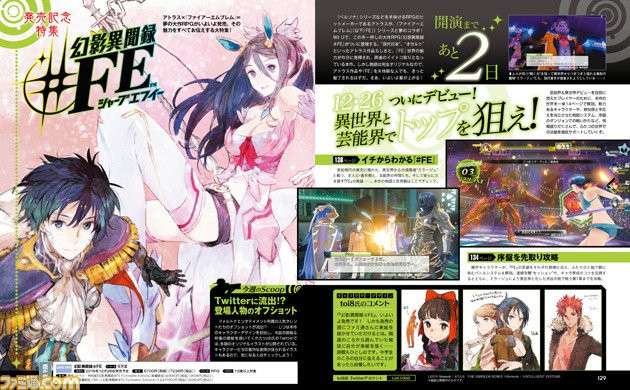 Genei Ibun Roku #FE launches in Japan in 4 days, and this week’s Weekly Famitsu magazine issue #1413 (issue #1412 and #1413 together) will contain a large 14-page feature for the game’s upcoming release.

The special 14-page feature will consist of an overview for Genei Ibun Roku #FE, with details of the game’s world, the characters, and the gameplay systems.