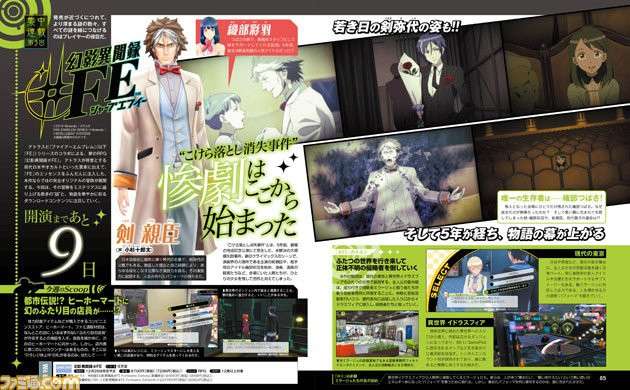 The countdown feature for Genei Ibun Roku #FE continues in this week’s Weekly Famitsu magazine issue #1411, and this time it’s about a theater incident and event DLC.

This follows the previous Famitsu feature for the game on December 10th, in issue #1410, which featured Fire Emblem Awakening antagonists. 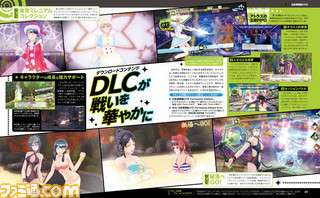 The information in this week’s feature includes details on a “Kokeraotoshi disappearance incident.” A “kokeraotoshi” is the grand opening of a new theater along with the first acts that accompany it. The incident of a disappearance at a theater’s grand opening that Tsubasa Oribe saw firsthand as a child is where the story of Genei Ibun Roku #FE started.

Additionally, the game will feature varioous DLC story scenarios, and one of them has been confirmed to be “Hot Spring DLC,” which will also be featured in the upcoming Famitsu issue.