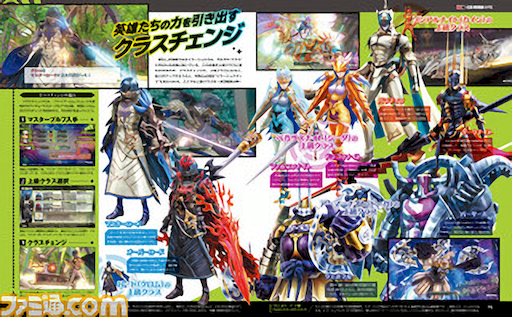 A preview for a new Genei Ibun Roku #FE feature for this week’s Weekly Famitsu magazine issue #1407 has been shown.

This follows the previous Famitsu feature for the game on November 5th, in issue #1405. 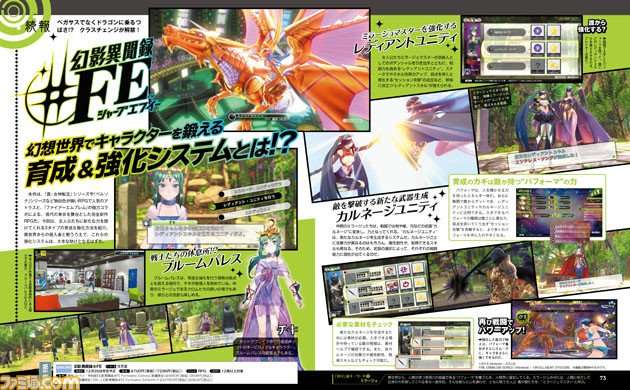 Related to the new gameplay footage from the latest Nintendo Direct, the feature will contain information about strengthening heroes and their Mirages with the “Carnage Unity” and “Radiant Unity” systems.

“Carnage Unity” consists of using materials earned in battles or found in dungeons to create new weapons called “Carnage” for Mirages to wield.

The feature will also discuss the “Class Change” system for Mirages shown in the gameplay footage.

Like in Fire Emblem, items called “Master Seals” will be used to advance a Mirage from one class to another, such as the example shown with Caeda and her promotion from Pegasus Knight to Falcon Knight. Advancement grants Mirages new attacks to use, and changes their combat attributes.