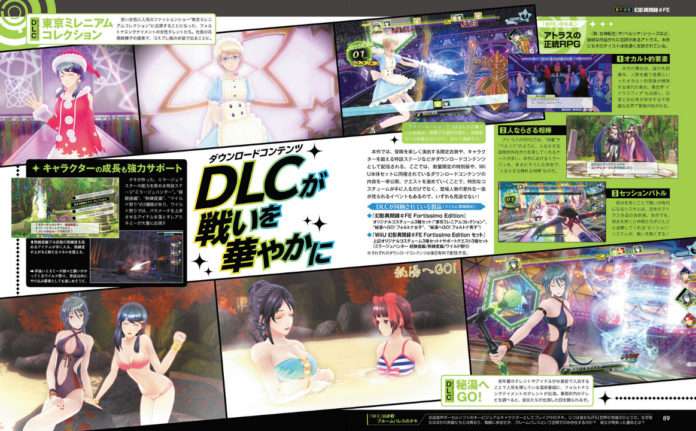 Update (2015-12-16): A translation of the information in the Famitsu article has been provided by Nintendo Everything and can be found below. 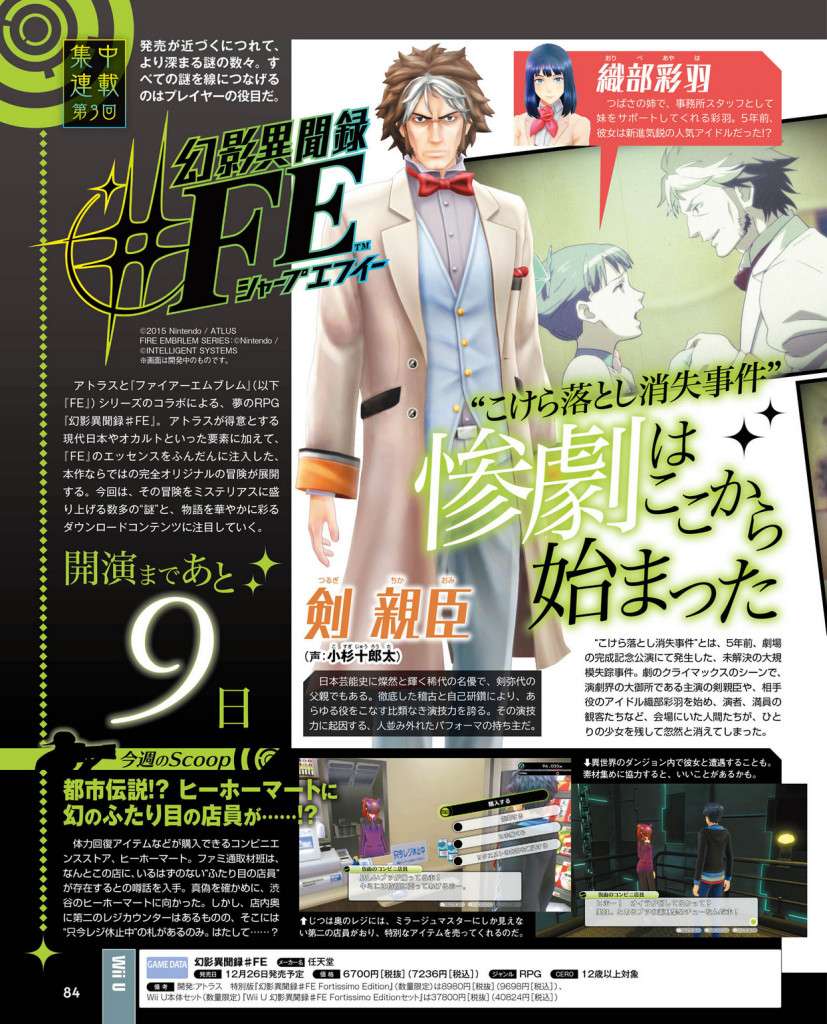 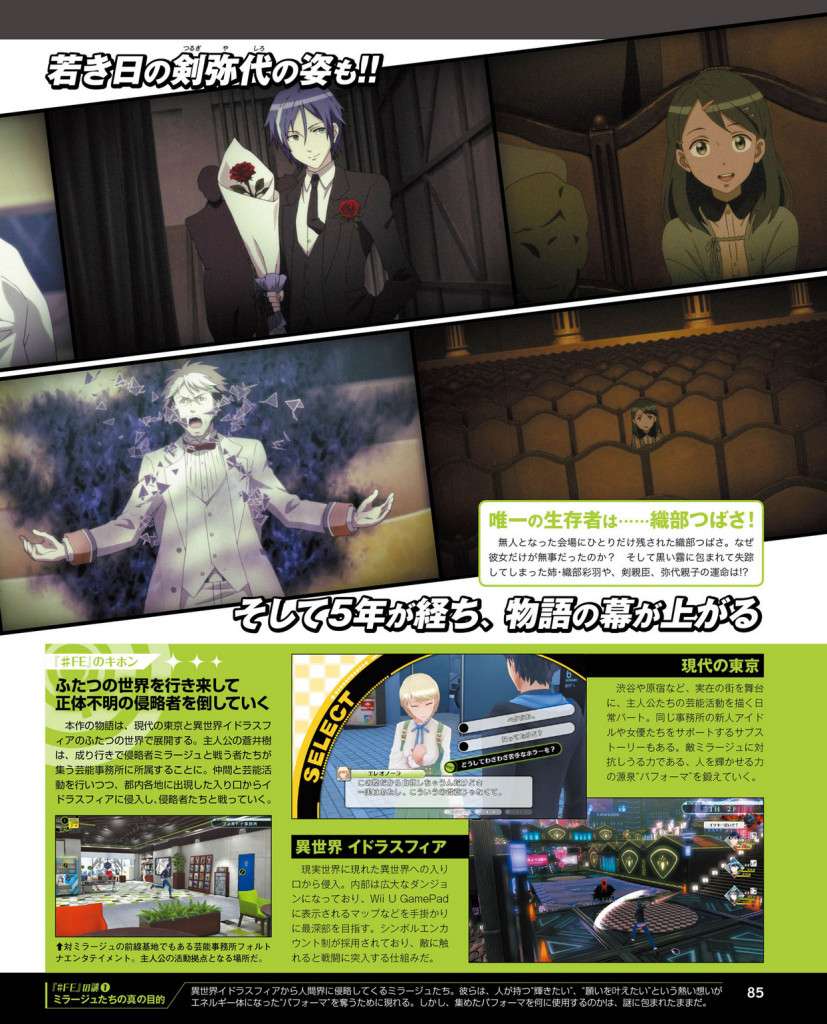 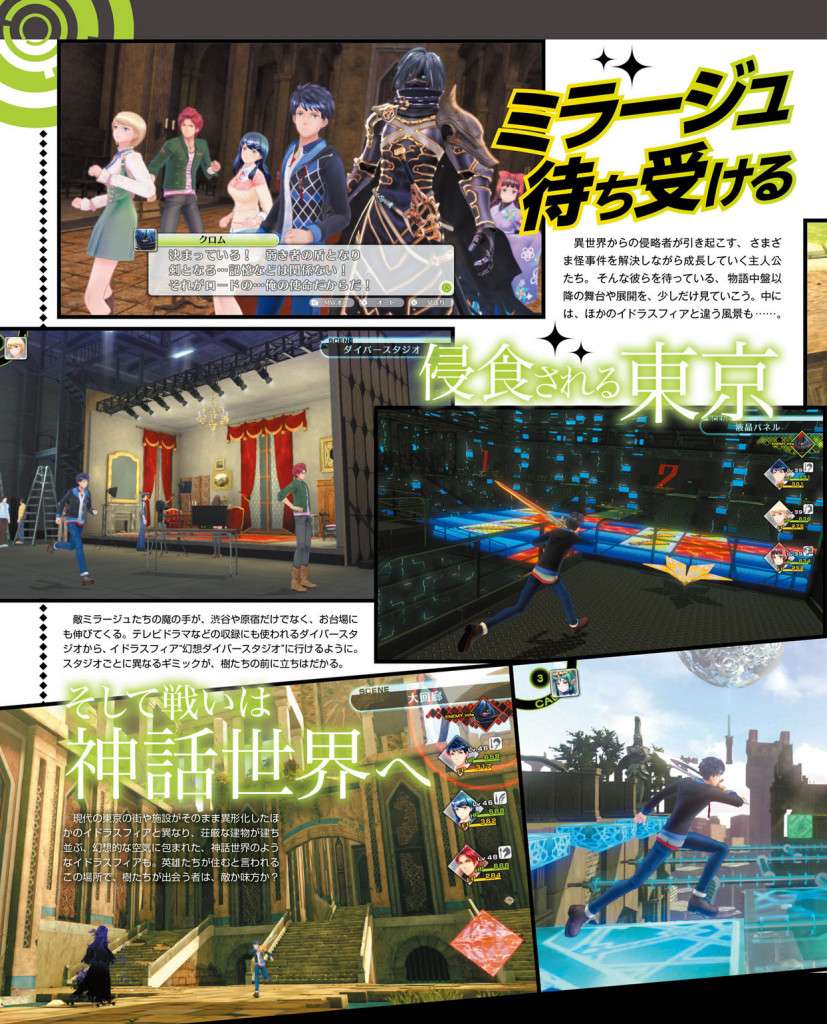 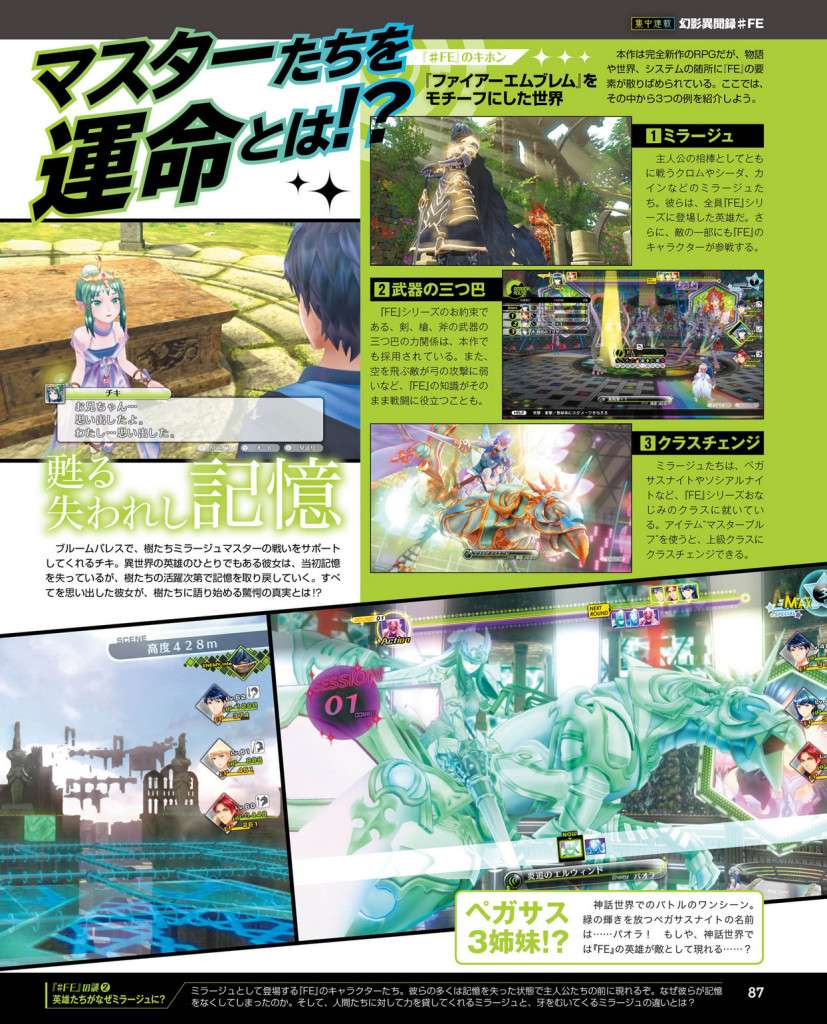 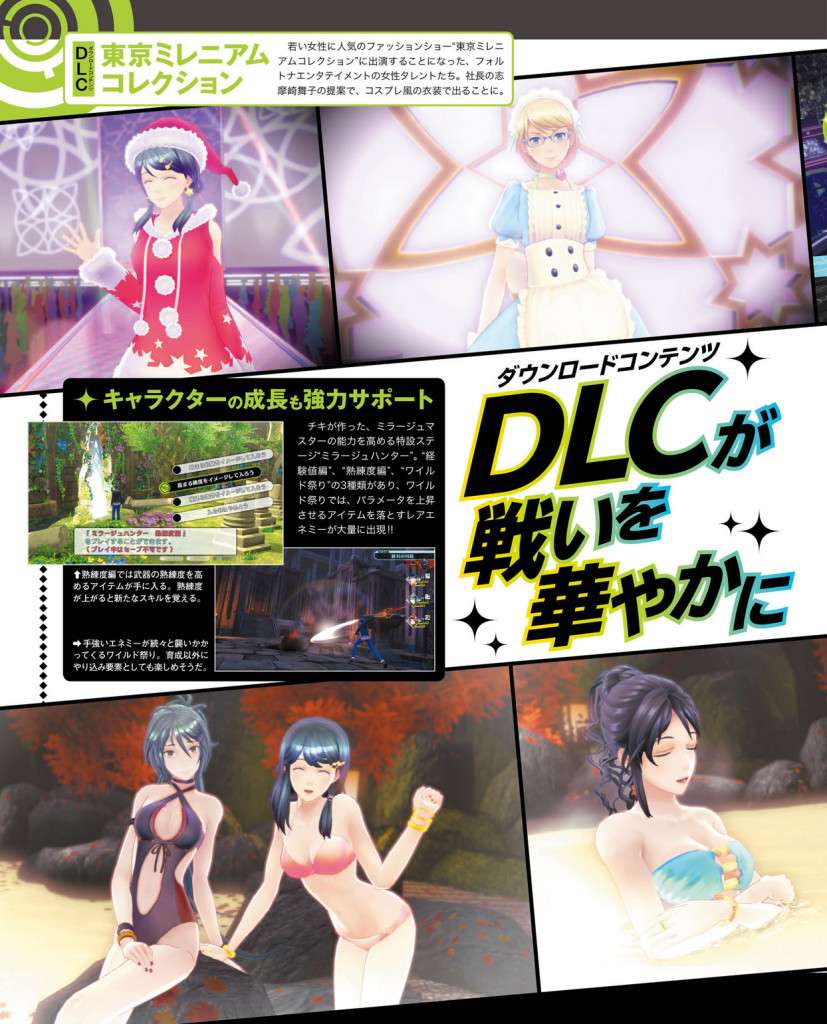 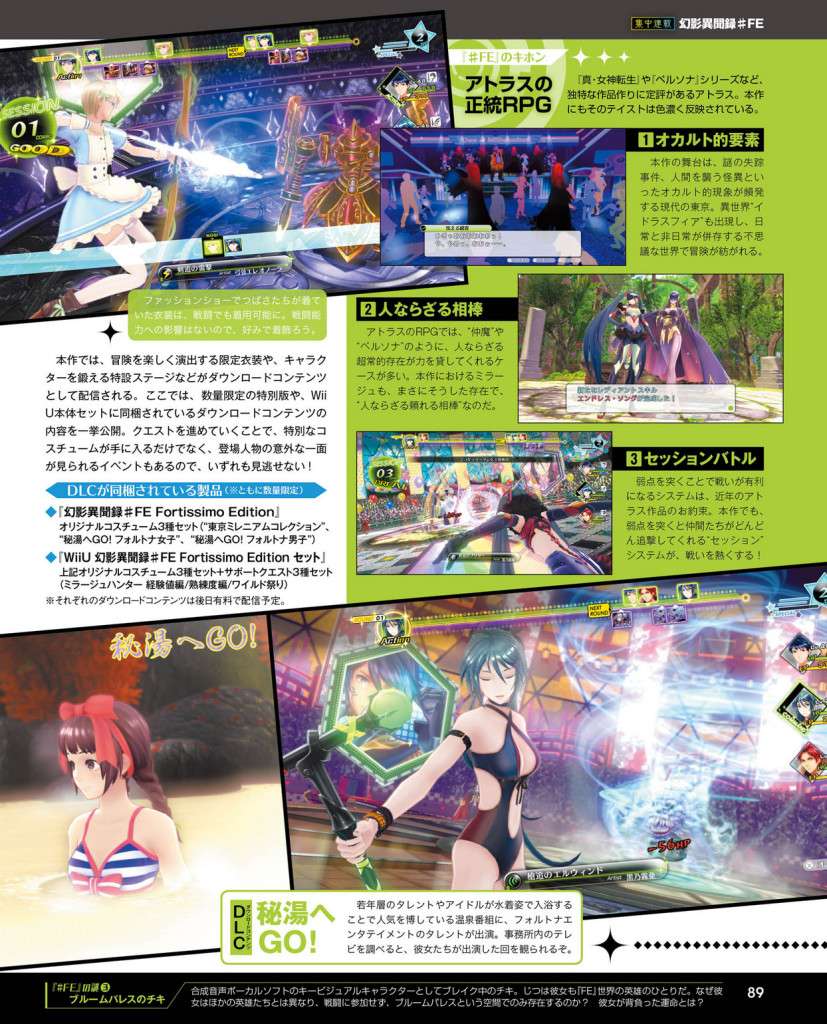 The scans feature scenes from the Hot Spring DLC story scenario, which will be available as paid downloadable content. Also detailed is the prologue of the game, where an incident of a disappearance occurred at a “kokeraotoshi” (theater grand opening and its events) where Tsubasa Oribe was present.

They also feature the DLC costumes included with the Fortissimo edition of the game, such as the Fashion Show DLC Costume set for Tsubasa’s Christmas outfit and Elonora’s maid outfit, as well as the Girls Swimsuit DLC Costumes. The costumes will be available as paid DLC at a later date.

Provided by Nintendo Everything:

Chikaomi Tsurugi, a newly-revealed character, is voiced by Kosugi Jurota. He is a famous actor shining in Japan’s art history, who is also the father of Yashiro. With thorough training and self-study, he has unmatched acting skills which can do any roles – something he is proud of. He’s the owner of a Performa that exceeds ordinary humans which is the origin of that acting skill.

Story-wise, there was an accident five years ago where everyone including Chikaomi, Yashiro and Tsubasa’s sister Ayaha were swallowed by black mist. However, only Tsubasa alone survived.

The convenience store Heehaw Mart has a secret second clerk (the purple mask one) who is only visible to Mirage Masters, and she sells special items. Other than Tokyo, as previously mentioned, the game will also take place in an alternate world named Idolsphere. While in this world, the GamePad will show the map. Enemies will appear as Symbol Encounters and will cause battles if touched.

Genei Ibun Roku #FE will have a weapon damage system very similar to Fire Emblem, such as the Sword -> Axe -> Spear -> Sword triangle, and Bows being super effective against fliers. Also, Mirages have classes which of course can be promoted by using Master Seals.

Other features from Atlus RPGs are making it into Genei Ibun Roku #FE. There are occult features in the story, partners that are not humans, and session battles where allies keep attacking if an enemy weak point is hit.

Famitsu’s article also has some details about downloadable content. Here’s what we know on that front:

Go to the Secret Hot Spring!

The Fortissimo Edition Genei Ibun Roku #FE comes with the costume sets mentioned above. This will also be offered in the upcoming Wii U bundle, which also has Tiki’s “Mirage Hunter” support quests.

The previous Genei Ibun Roku #FE Famitsu feature for the countdown until the game’s Japanese launch was in issue #1410, released on December 10, 2015, and featured Fire Emblem Awakening antagonists.

Additionally, Tumblr estipse has shown a promotional poster for the game, which launches in Japan next week. 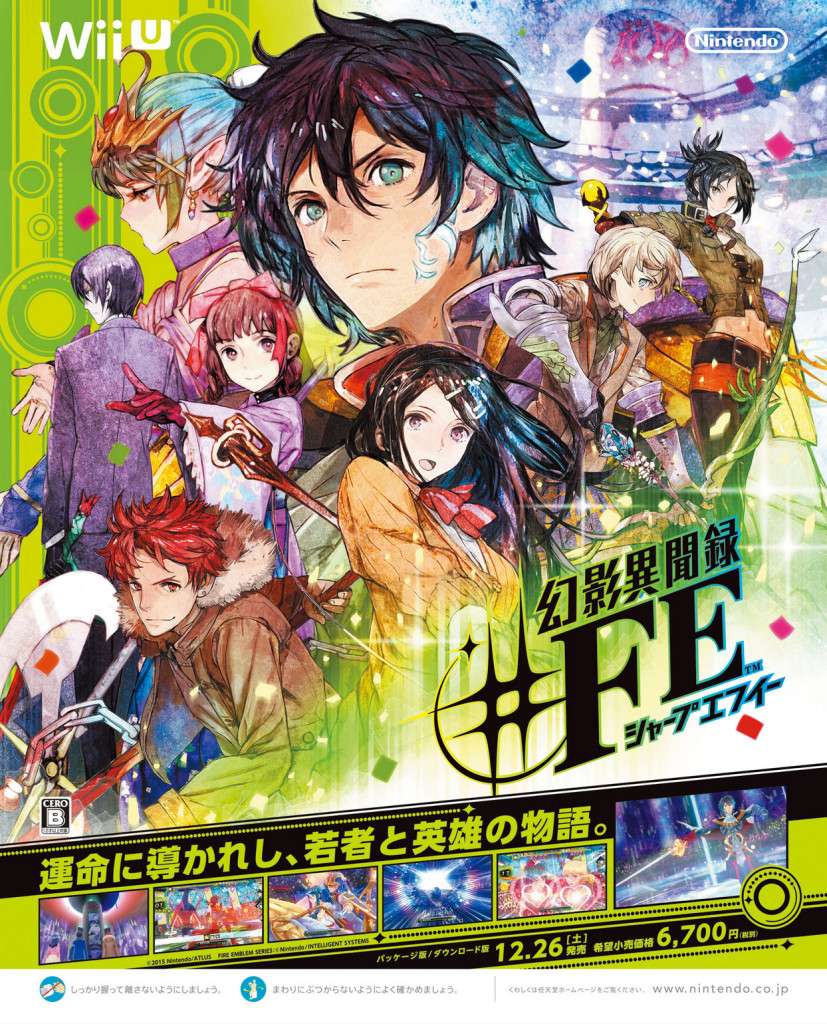