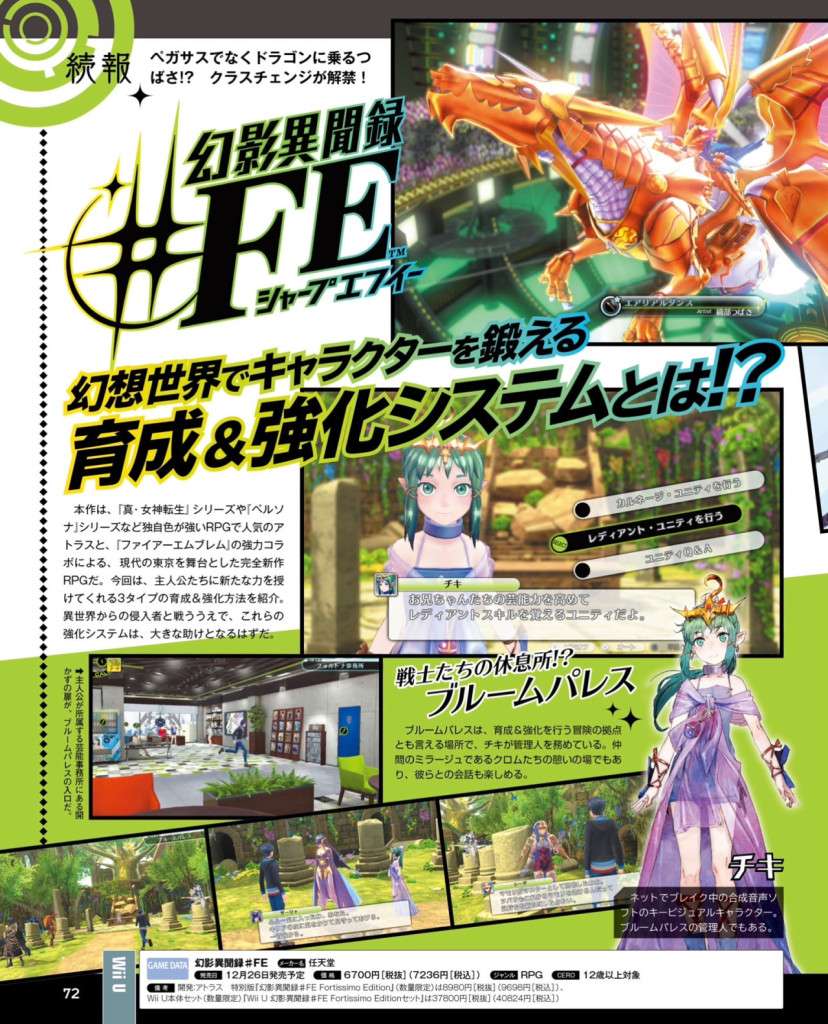 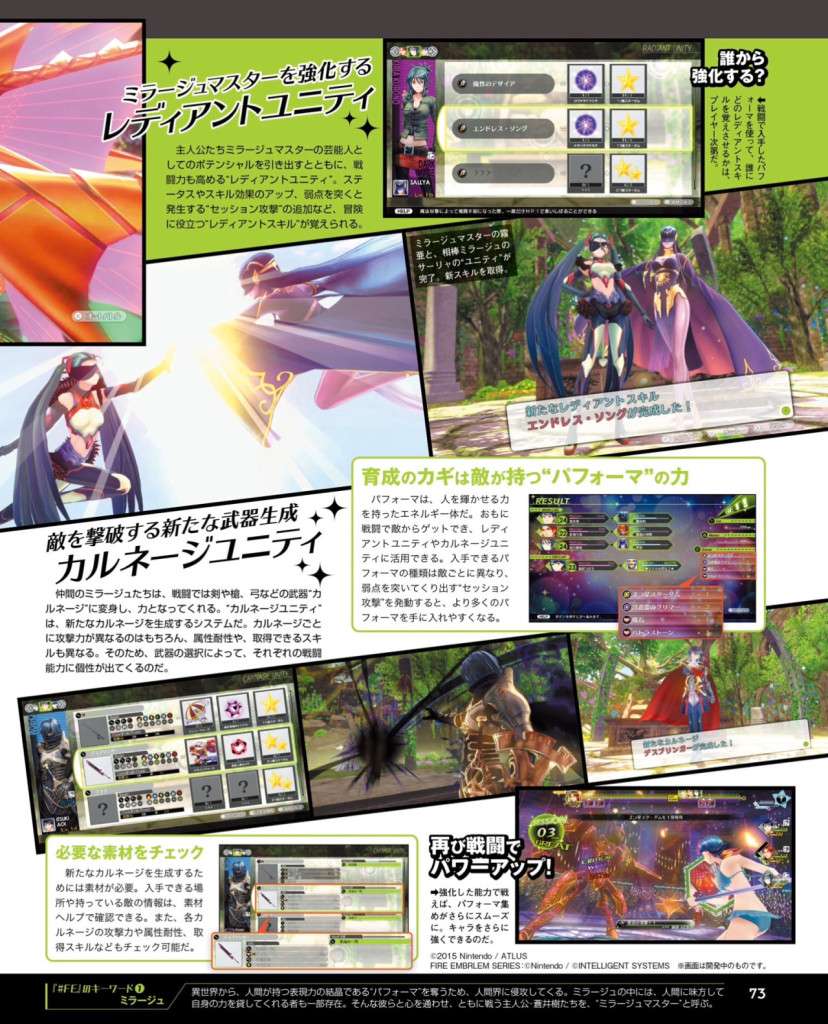 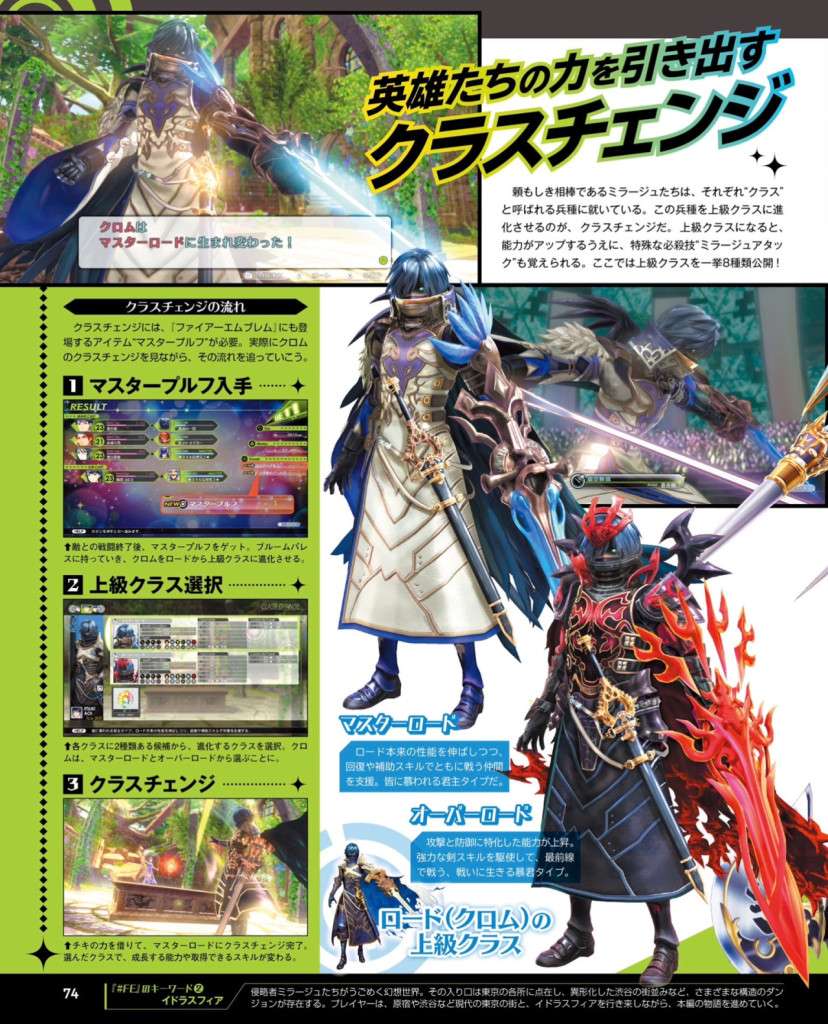 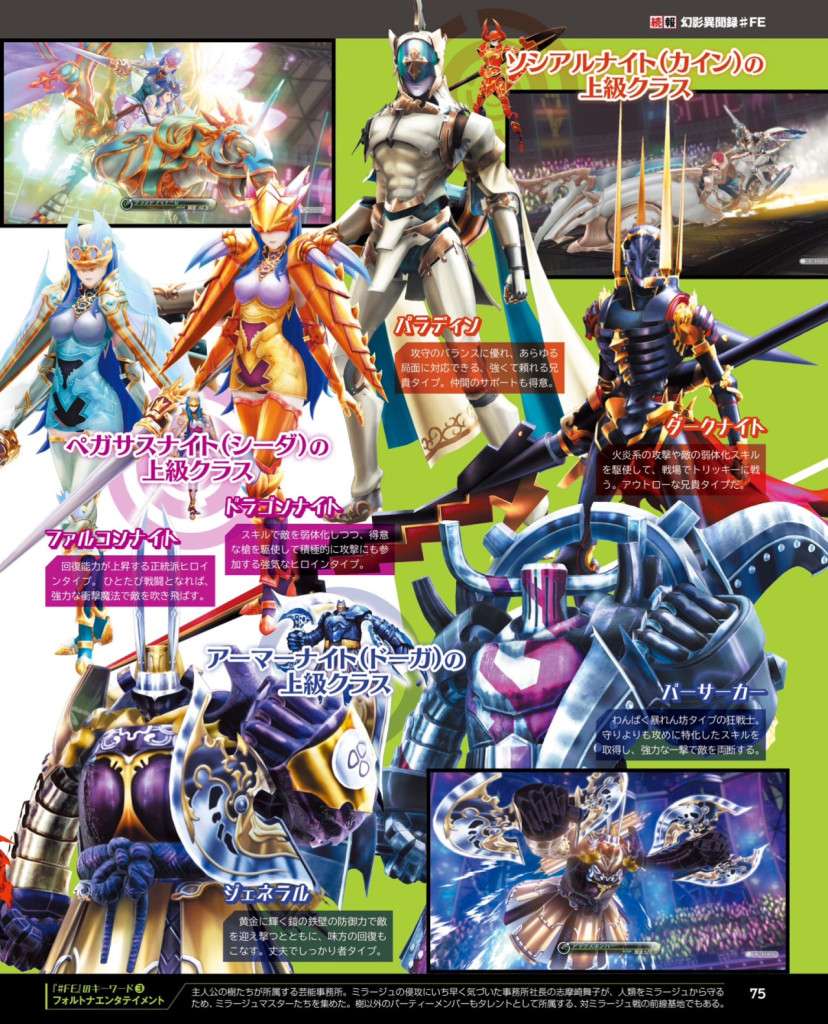 The feature contains information on the “Carnage Unity” system, which involves creating new weapons called “Carnage” that Mirages can wield.

Like in Fire Emblem, items called “Master Seals” are used to advance a Mirage from one class to another with the “Class Change” system. This option becomes available when the character who that Mirage is partnered with has their optional side story completed.