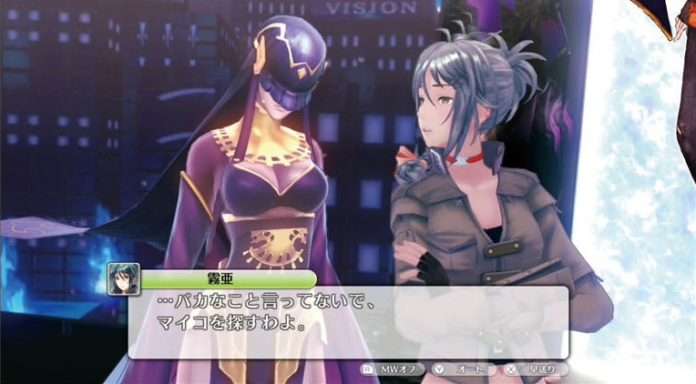 Update (2015-09-30): Information from the latest issue of Famitsu has been translated via Nintendo Everything. 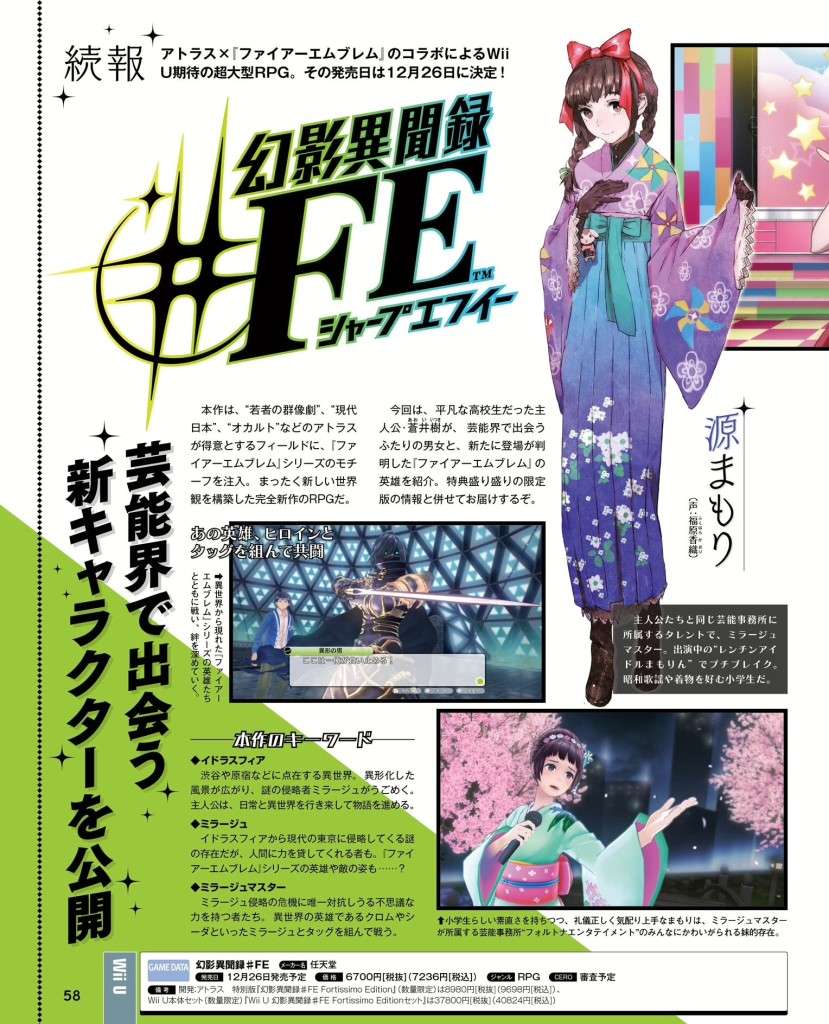 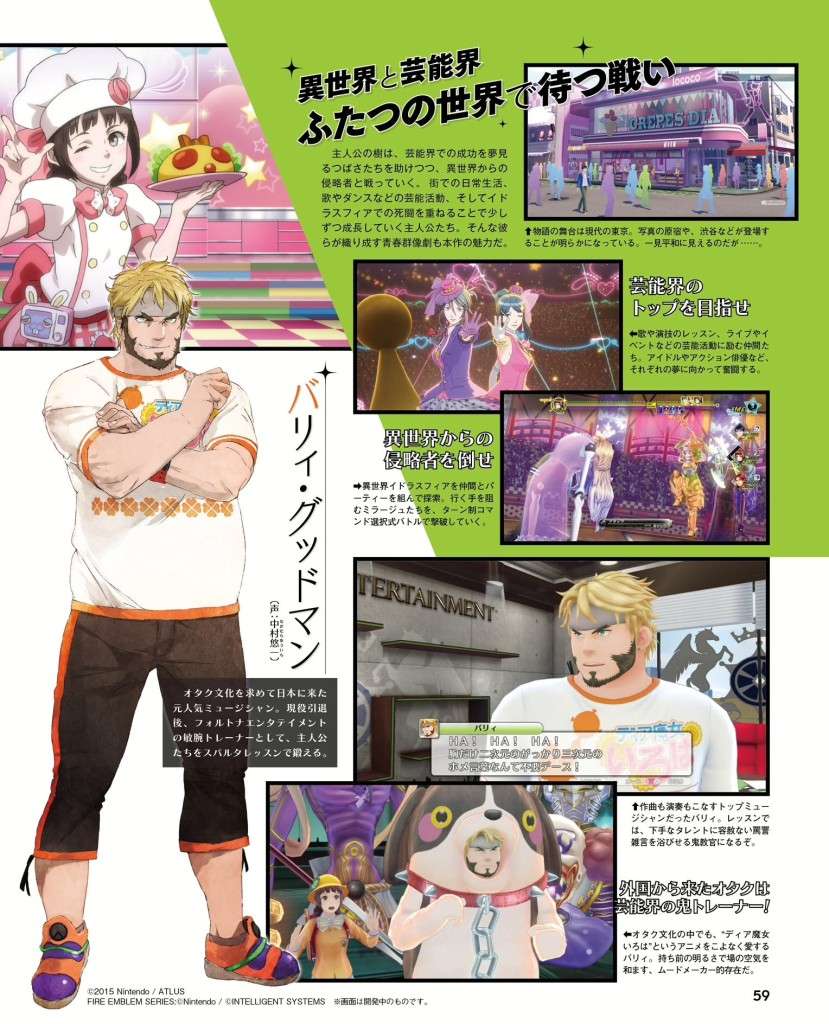 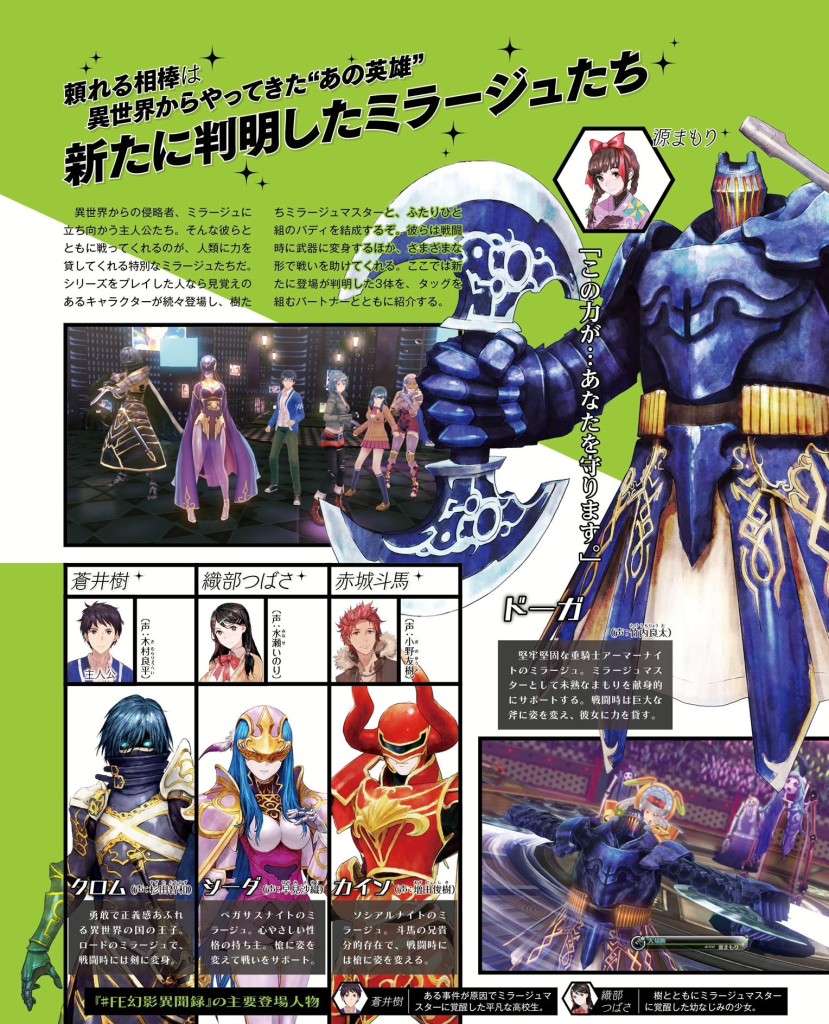 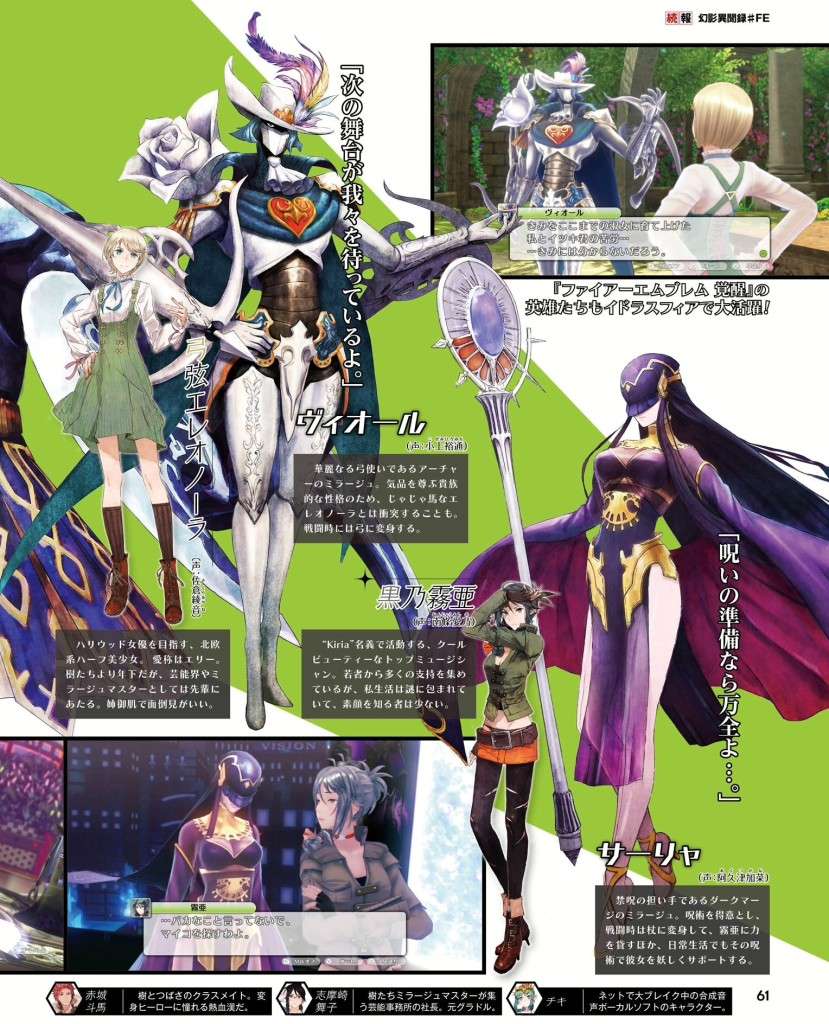 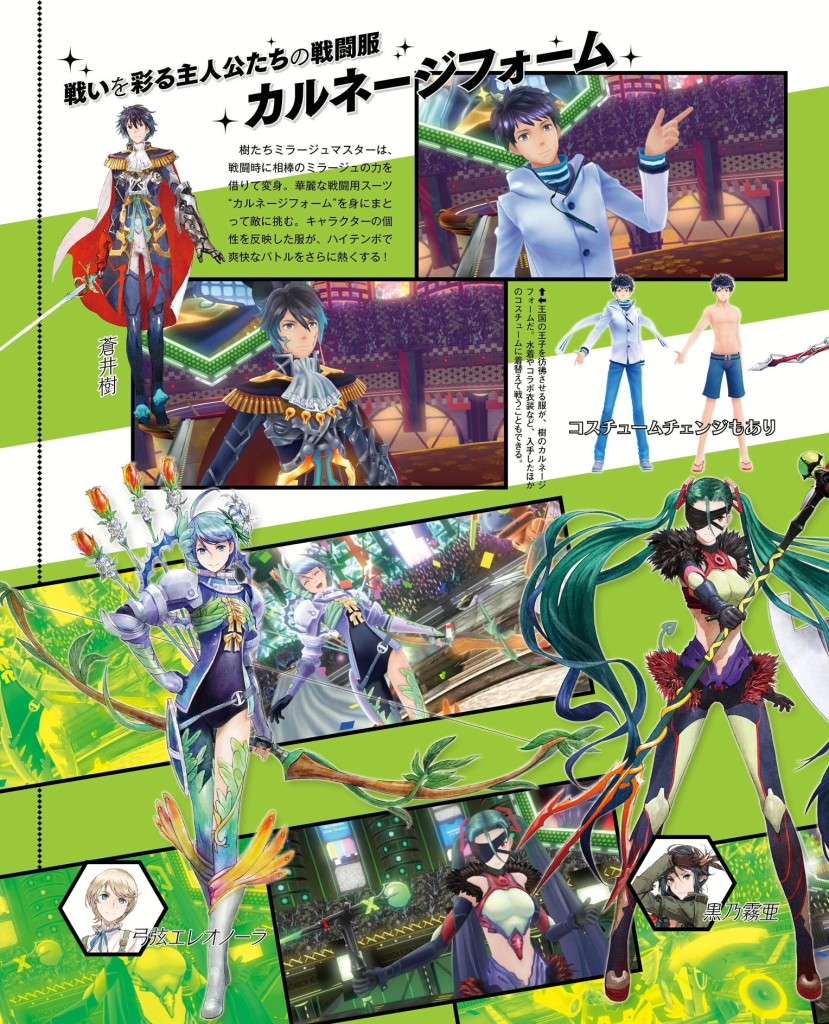 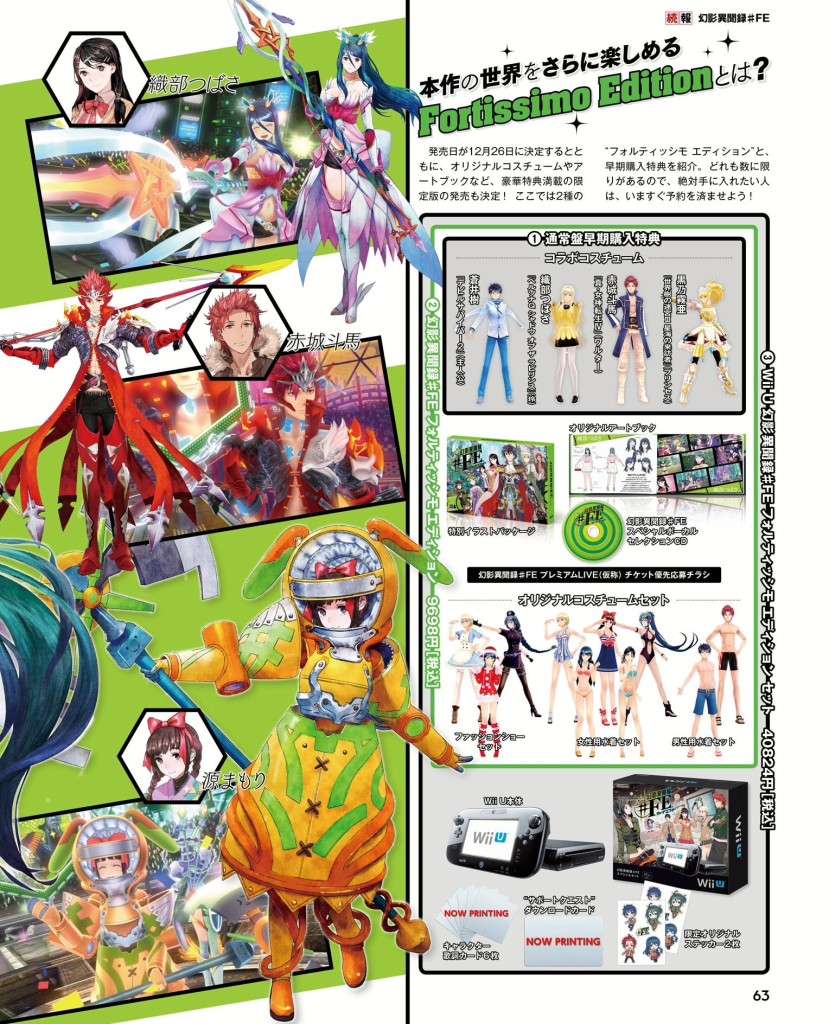 There are a few keywords for Genei Ibun Roku #FE like “Idolsphere”, “Mirage”, and “Mirage Master”. The Idolsphere is an alternate version of cities such as Shibuya and Harajuku where the Mirages come from. As for the plot, it’s about an average protagonist who stumbles into such a world. Mirages are mysterious beings from the Idolsphere dimension that lend their power to humans. Of course, they look like Fire Emblem series’ heroes and villains. Mirage Masters, who receive aid in battle from heroes such as Chrom and Sheeda, are those who hold a mysterious power that allows them to utilize Mirages by summoning them.

Mamori Minamoto, voiced by Kaori Fukuhara, is one of the new characters introduced by Famitsu. She’s a talented Mirage Master who works in the same entertainment district as the protagonist. Mamori had a small break to fame as the “Wrenchin’ Idol Mamorin”. We also know that she’s a middle schooler who loves to sing Showa ballads and wears traditional clothing.

Barry Goodman is another new character, and he’s voiced by Yuuichi Nakamura. Barry is a musician who came to Japan seeking Otaku culture (loves the anime “Dear Witch Mother” by the way!) He’s a trainer of Fortuna Entertainment, and teaches the protagonist and others Spartan-like lessons. Famitsu describes him as a strict teacher from abroad named the “Demon Instructor” in the entertainment world. Thanks to his bright demeanor that makes any place feel at ease, he’s a “mood-maker”.

– Voice Work: Ayane Sakura
– A half Japanese girl who aims for Hollywood
– Likes to be called Ellie
– An upperclassman to those in the Entertainment World and as a Mirage Master
– A caring older sister type

– Voice Work: Hiromichi Kogami
– The Mirage of a magnificent archer
– His noble personality sticks out when having to support the unmanageable Eleonora
– Changes into a bow during battle

– A top musician who is both cool and beautiful
– Has a lot of support from younger people
– Has a secretive private life, not many people know about it

– A Mirage of a Dark Mage that uses forbidden arts
– Supports Kiria by becoming a staff in battle, also supports her in everyday life

Genei Ibun Roku #FE’s two worlds – the Entertainment and Other World – have their own battles. In the Entertainemnt World, it’s a modern Tokyo setting that looks peaceful. Allies here are involved in entertainment lessons, live shows, and other events. The “Other World” has players defeating invaders by summoning allies from the Idolsphere in a turn-based combat setting.