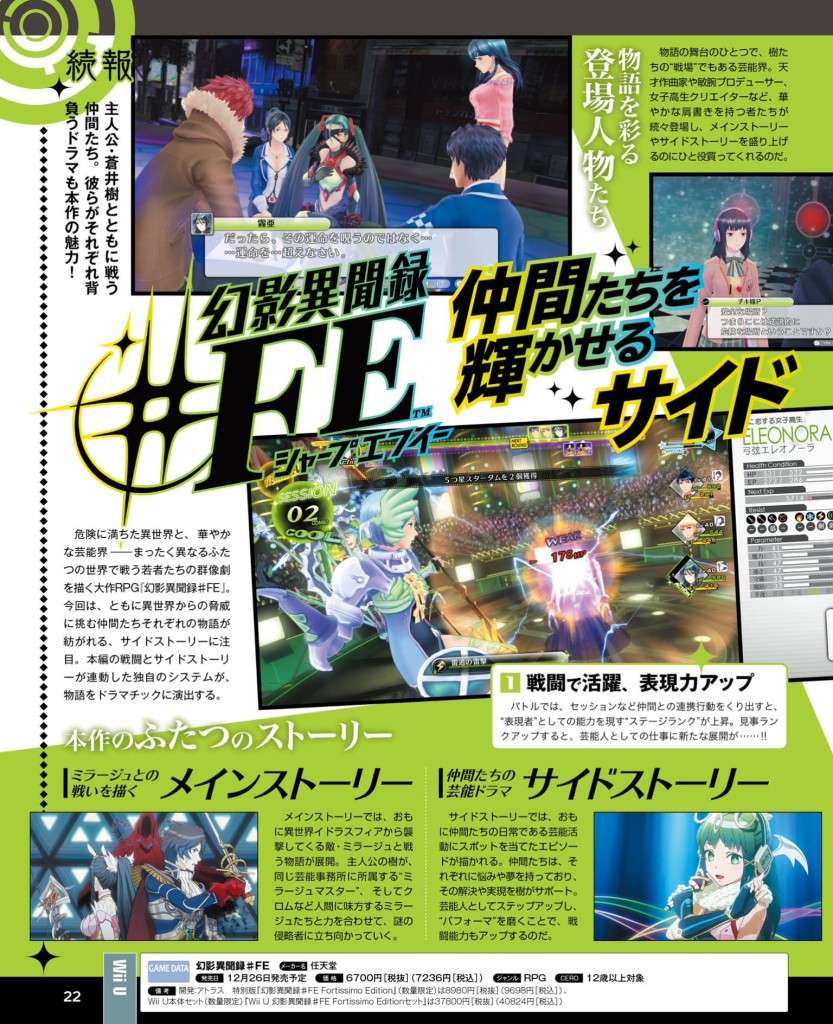 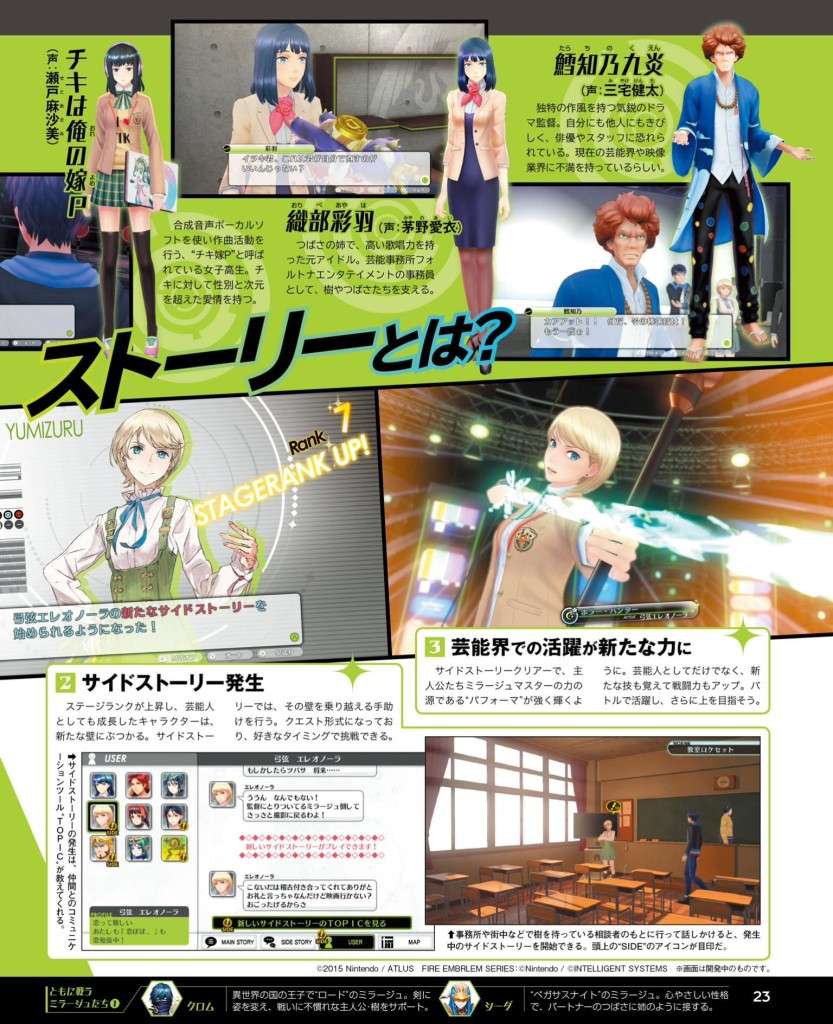 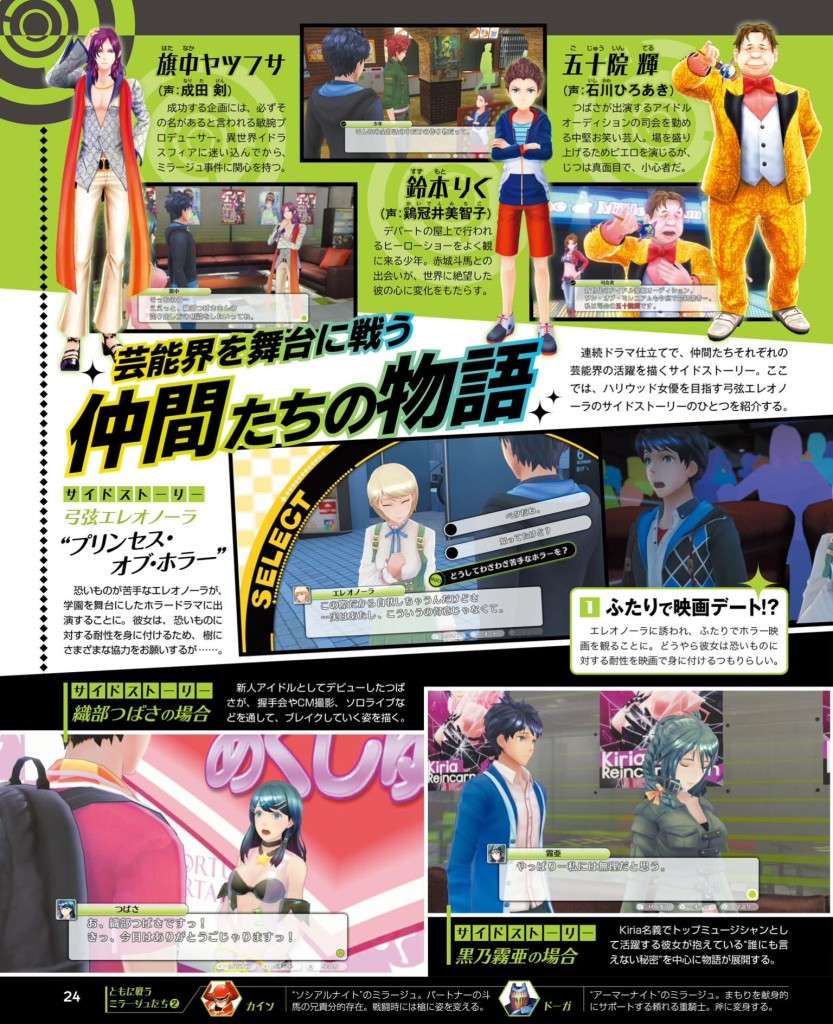 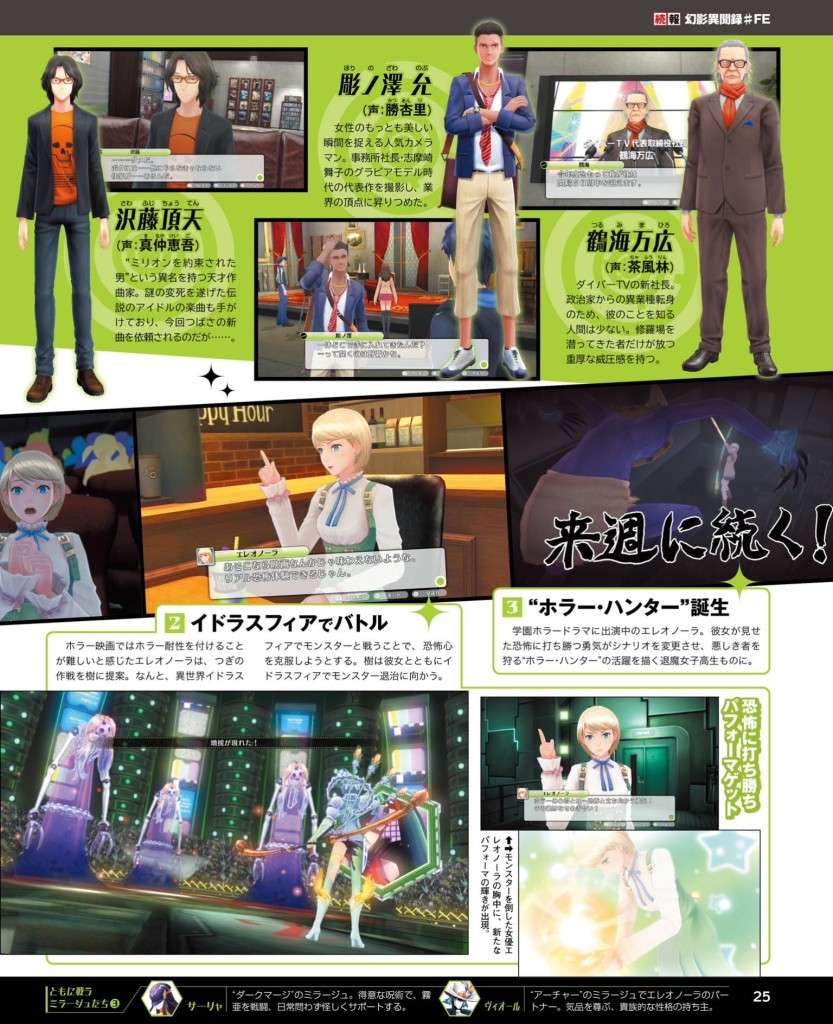 The feature is about side stories, which are optional quests revolving around the members of the Fortuna Entertainment talent agency. These side stories occur when certain conditions are met, and by communicating with certain characters through the game’s “TOPIC” social networking system.

The scans introduce new minor characters involved with some of the main characters’ side stories, such as:

Completing side stories will involve tasks such as having a date with Eleonora and taking her to see a movie.