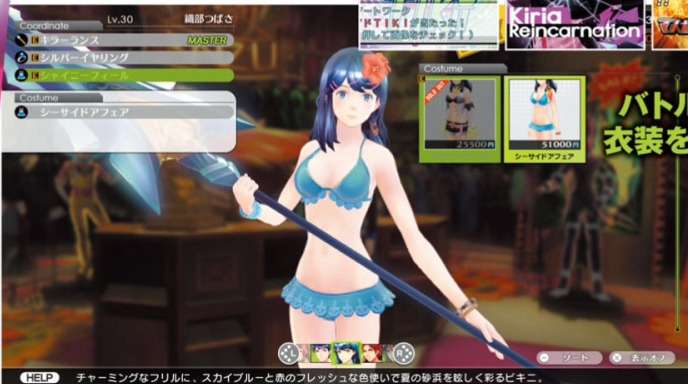 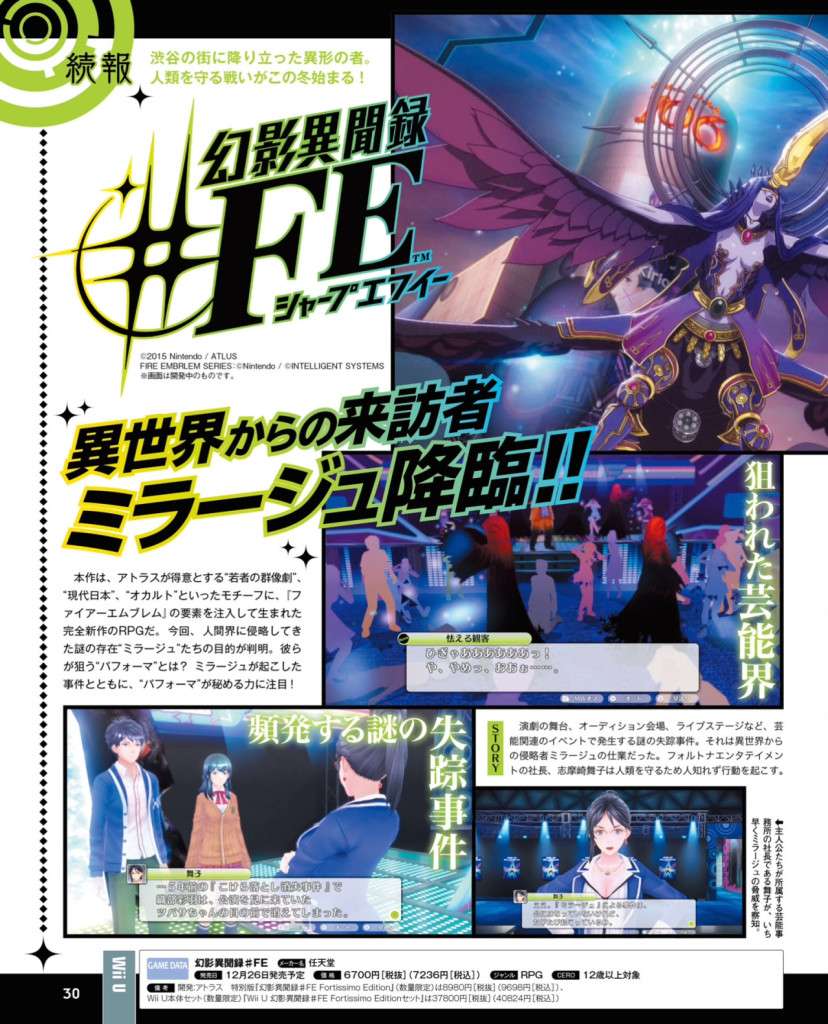 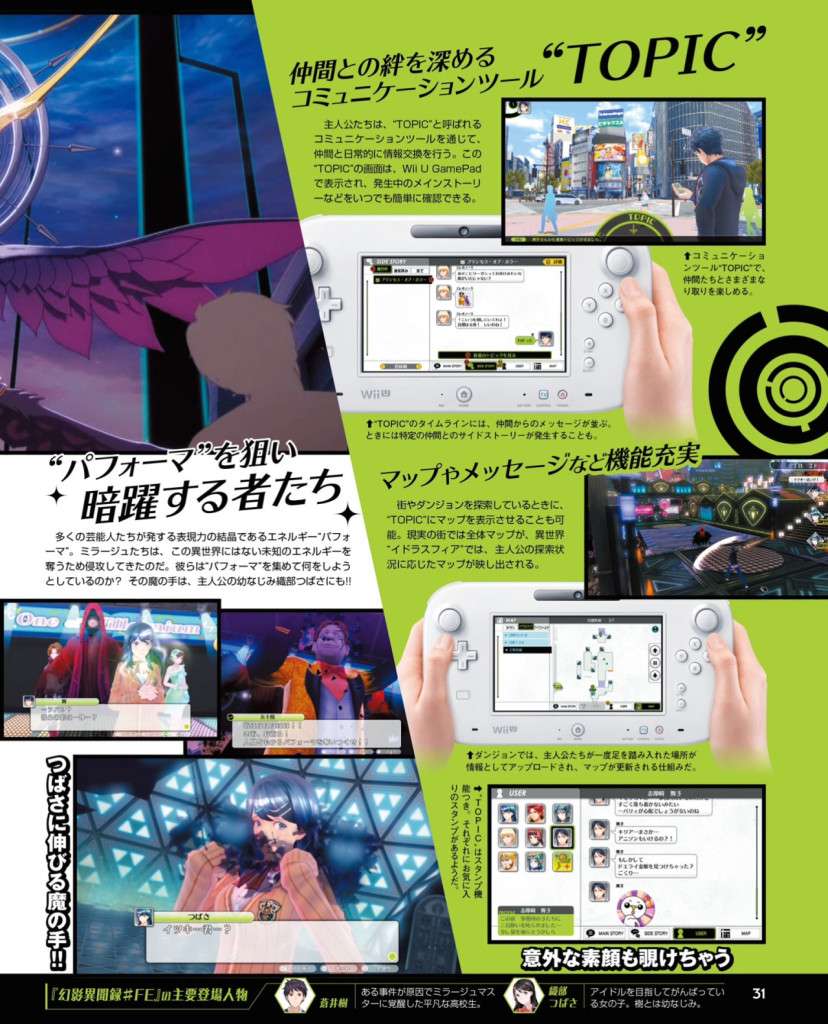 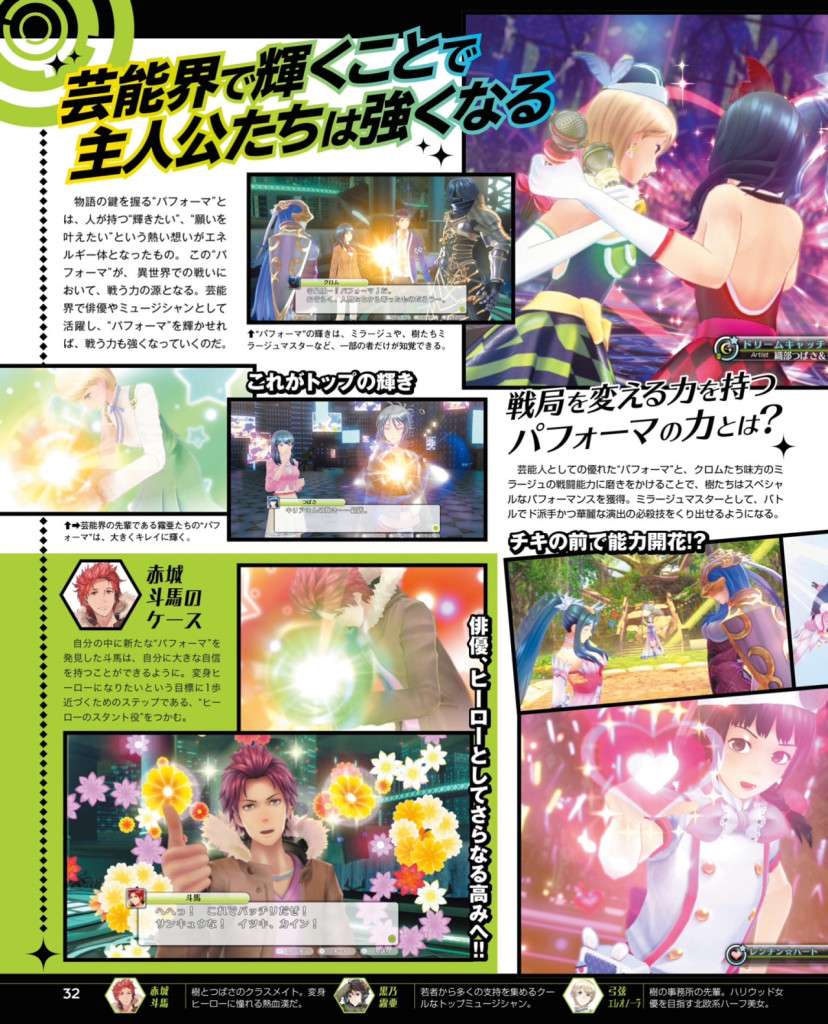 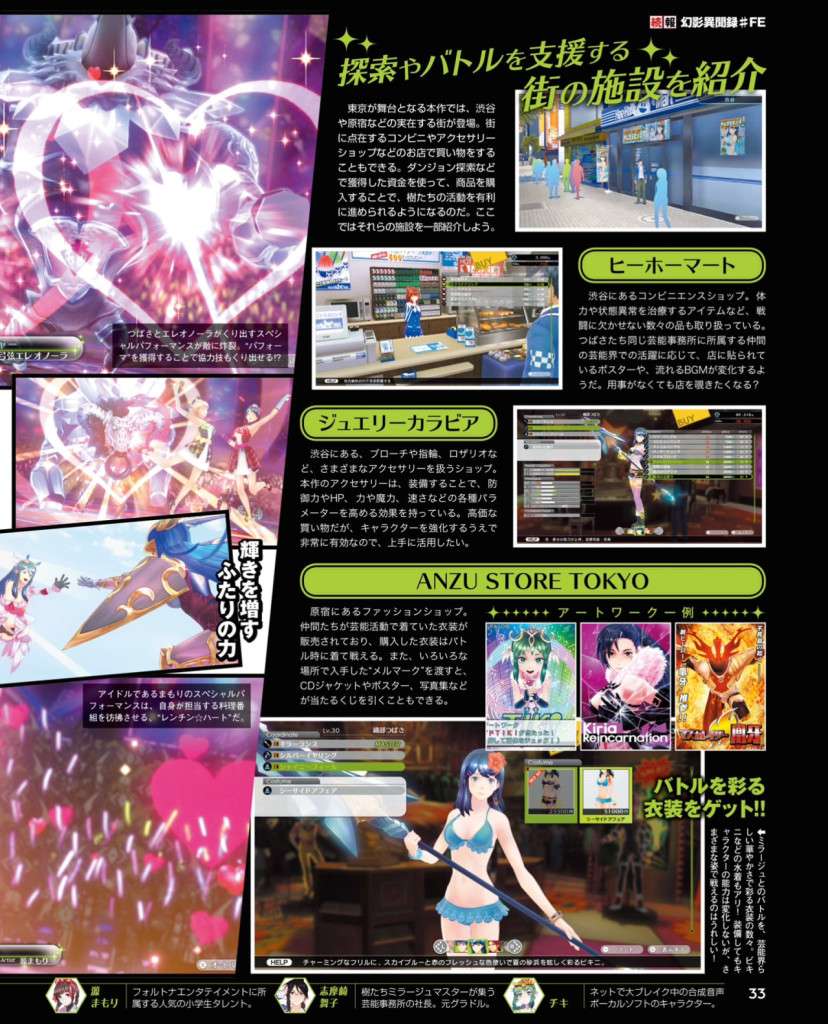 The scans show off:

The first is of one of the in-game menus, showing Mirage Master Kiria Kurono (who recently got a character trailer) and her mirage Tharja. It confirms that the previously detailed character Barry will be a selectable character, as well.