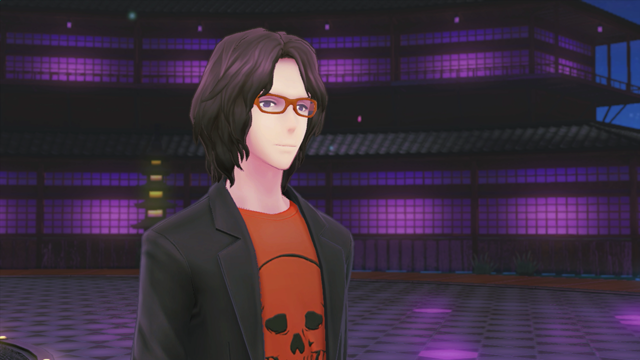 A new Genei Ibun Roku #FE interview with the composer Yoshiaki Fujisawa has been released. He works for the music producer Avex Group and is known for the soundtracks behind projects like the anime Love Live! and Rail Wars!

The interpretation for the interview comes from Siliconera:

Fujisawa says that his work with Genei Ibun Roku #FE all started back with a single phone call in late-fall of 2013.

It was from Avex’s Aburai [George Aburai] who shot  the proposal, and from there, it was decided that he’d join the staff in the development of a new game, which would end up being Genei Ibun Roku #FE. From there, he met up with the developers and sound team, learned more about the game, and was a bit nervous, considering that he’s more familiar with working on music for anime an TV shows.

The first thing he felt was “it was very difficult!”

Fujisawa explains that he struggled a lot in the completely different mindset that is required for making video game music, as he’s more familiar with how things are done for TV shows. Everything from the timing, flow, and feelings of a song, were all different from the way he usually works on music; however, the sound team from Atlus gave him all kinds of advice that came in handy for his work.

Fujisawa notes that working with the team in an incredibly creative environment, where ideas shapes themselves up, was really fun. He recalls how excited he felt when they first checked out a demonstration of one of his songs, although he says that he was always nervous whenever it came to presenting the songs, nonetheless.

Since “entertainment” is a big theme of Genei Ibun Roku #FE, Fujisawa explains that the game is full of songs that bring out the feelings of the stages and floors, and plenty of groovy tracks.

“Especially for the battles—I just can’t help but want to dance [to the music] while fighting!” exclaims Fujisawa, as he explains that all the field and event scene tracks have been made with a variety of tracks that have been made through the challenges of ideas provided from the team.

“Oh, and everything about this title is overwhelmingly great, if I do say so myself.”

Additionally, the interview featured a screenshot revealing that Yoshiaki Fujisawa will appear in the game as a character model after himself.