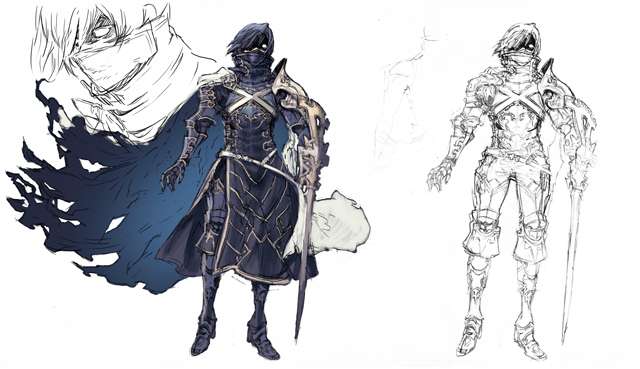 As previously posted about, Hideo Minaba (an artist behind Final Fantasy XI) is the art designer for Genei Ibun Roku #FE‘s mirage designs (profiles here). A new developer interview for the game featuring Minaba was released on August 28th, showing off concept art of mirages Chrom and Caeda.

This follows the two previous developer interviews with the chief director Mitsuru Hirata and the director/battle designer Eiji Ishida. The translation was contributed by Nintendo Everything:

I’m [Hideo] Minaba from CyDesignation, and I was responsible of designing Mirages.

I wanted to write an article that has something to do with designing Mirages, but I pondered what I’d write and I thought to discuss ‘identity’.

As you know, Genei Ibun Roku #FE is designed as a collaboration of Fire Emblem and Atlus. I’m following that concept plan also in the Mirage design.

…But that is difficult!

I’m originally ‘Jack of all trades and master of none’ type of person, so I think that putting a thread through a needle hole like this is my strong point, but early Fire Emblem games that I respect and love have character designs that are just impossible! Straightly put, they have their unique design.

And it is wonderful how each of the series tends to reflect their own era. In addition to this, Atlus works on both Shin Megami Tensei and Persona! (It goes without saying!) … I remember starting designing while thinking it was an impossible mission. 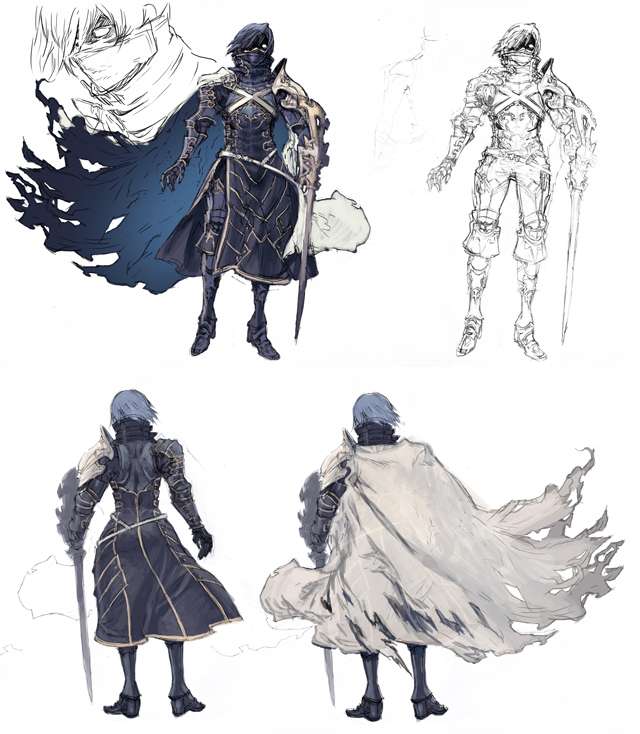 While Mirage Chrom is named Chrom and the design represents successive lord lineage, it has sharpness and darkness that is a characteristic of Atlus games. And you can’t have him taking the spotlight from the main character, but then again you can’t lower his presence too much, either. 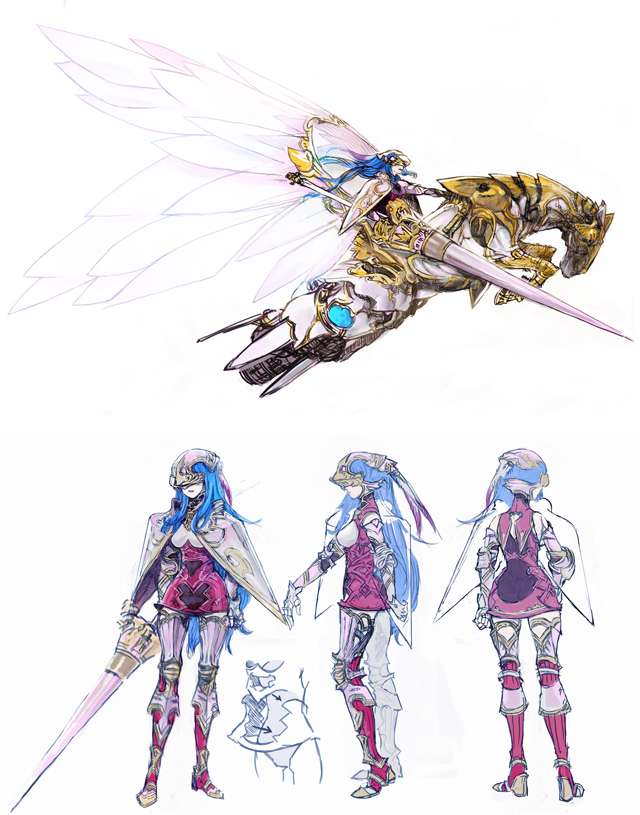 It is the same for Caeda. Whether a red or blue outfit would be better was already a cause of trouble. (During a play she wears red, but usually Fire Emblem series shows allies with blue costumes and enemies with red costumes in-game)

At those times I remembered the words of Takada-san from Atlus.

‘In order to pile up two cultures on top of another, we too had discussions repeatedly at first, we did trial and error over and over again, but finally it is something that has the identity of the creator.’

Please enjoy the fruits of struggling to find an identity like that.

— Nintendo via Nintendo Everything