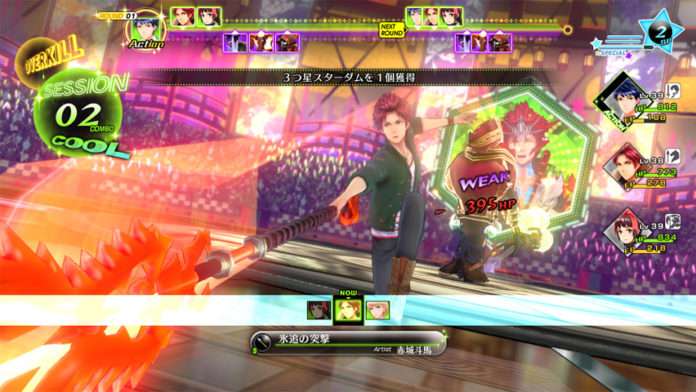 Following the recent Famitsu feature detailing the “Side Story” system in Genei Ibun Roku #FE, a new trailer for it has been released through an updated “SUPPORT” page on the official website, alongside the Tsubasa Oribe character trailer.

Side stories are optional quests revolving around the members of the Fortuna Entertainment talent agency. These side stories occur when certain conditions are met, and by communicating with certain characters through the game’s “TOPIC” social networking system.

A few of the minor characters involved with some of the main characters’ side stories are:

Completing side stories will involve tasks such as having a date with Eleonora and taking her to see a movie or, as the trailer depicts, helping Toma with his dream to become a renowned actor. Completing them will also make characters more powerful in battles, giving them access to new skills.