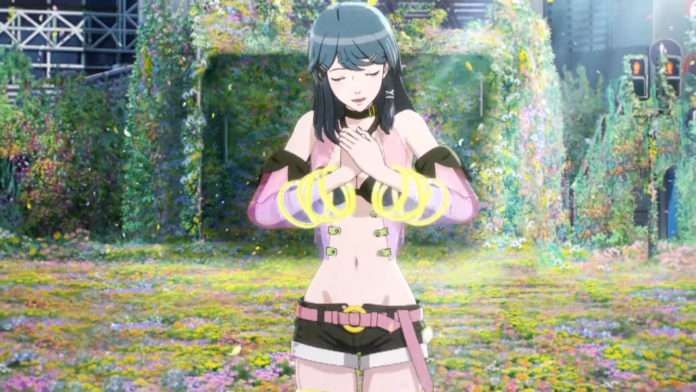 Tsubasa is Itsuki’s childhood friend, and she has also awakened as a Mirage Master together with him. She joins Fault Entertainment as a new idol. She’s a foolhardy but hard worker, and stays focused once her mind is set on something. She’s never discouraged by her constant blunders, and has an optimistic personality. She’s a big fan of her senior, named Kiria.

The official Fire Emblem Twitter account has released new art for Tsubasa Oribe from the character designer toi8 (with a glasses variation).