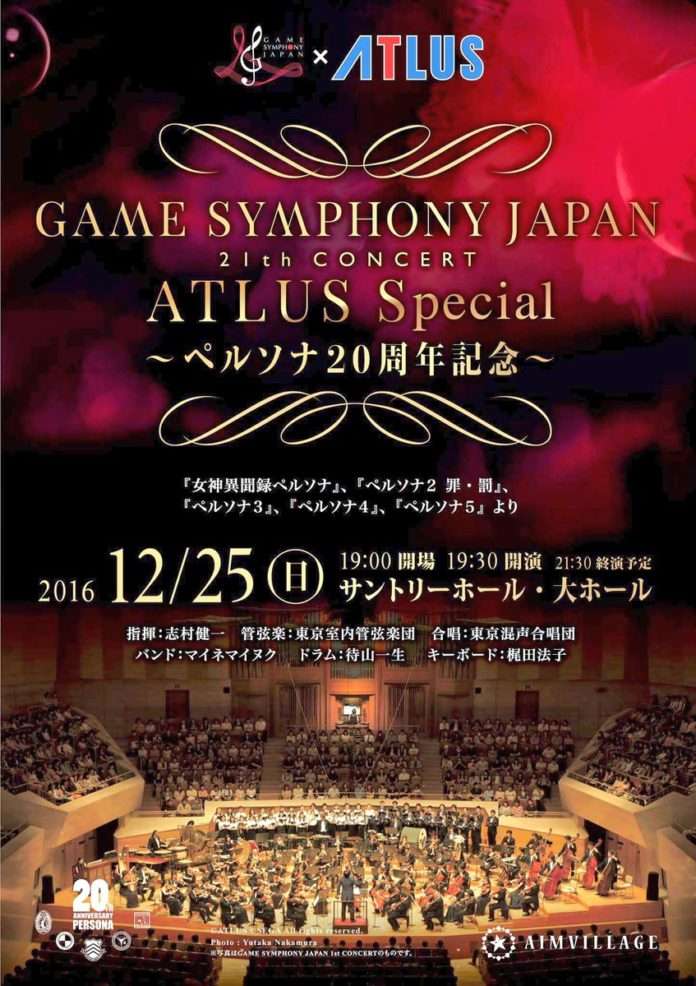 A third edition of the “Game Symphony Japan X Atlus Persona 20th Anniversary” orchestral concert has been announced to take place on December 25, 2016 at the Suntory Hall in Japan.

The concert is going to be held a third time to meet the great demand from everyone for additional performances.

Music from the following Persona games are listed to be performed:

The 18th concert in August had the following track list:

Ticket sales will begin on November 5, 2016 at 10:00 AM JST. They’ll be able to be purchased through Ticket Pia and Lawson Ticket.

Preschool children are not permitted to attend. 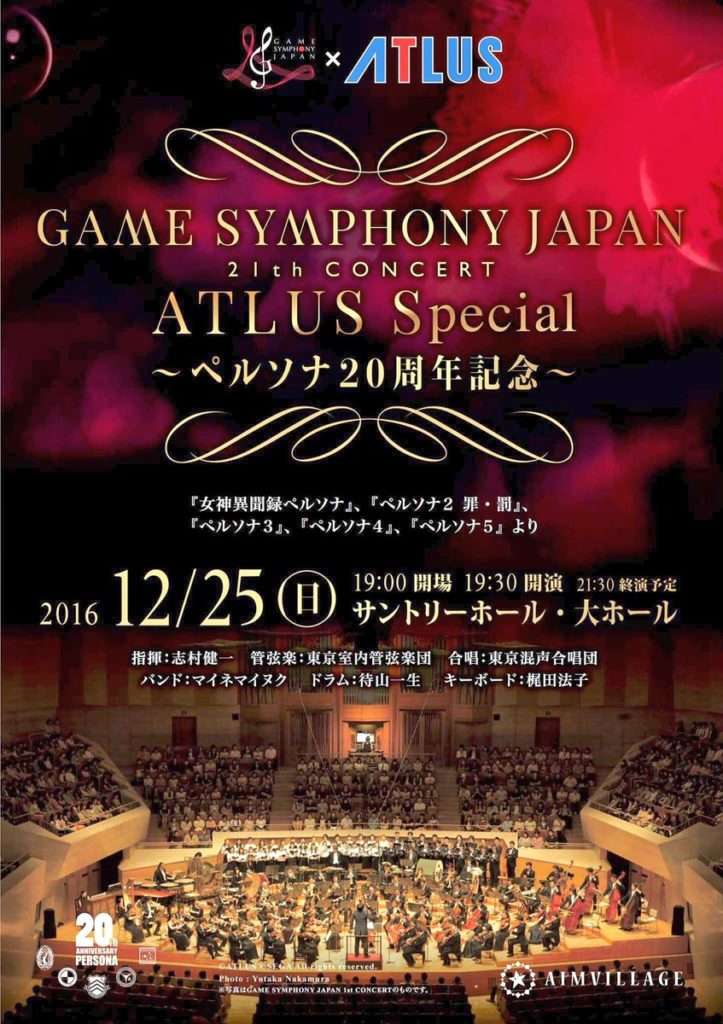