Atlus composer behind the Persona and Shin Megami Tensei series Shoji Meguro had left the company at the end of September 2021 to focus on developing his own game called Guns Undarkness, a sci-fi, turn-based RPG.

Today it’s been announced that Meguro will be launching a Kickstarter for Guns Undarkness on September 12th, with an initial goal of $30,000. The Kickstarter is set to end on October 15th. The estimated release date for the game is December 2023, for PC, with additional stretch goals for PlayStation, Xbox, and Nintendo consoles.

Meguro has stated the following:

Through Kickstarter, I would like to make Guns Undarkness an even better game with the support and early feedback of the fans.

With the help of our backers, I hope to fix the visual problems and brush up on everything, so please lend me your support! 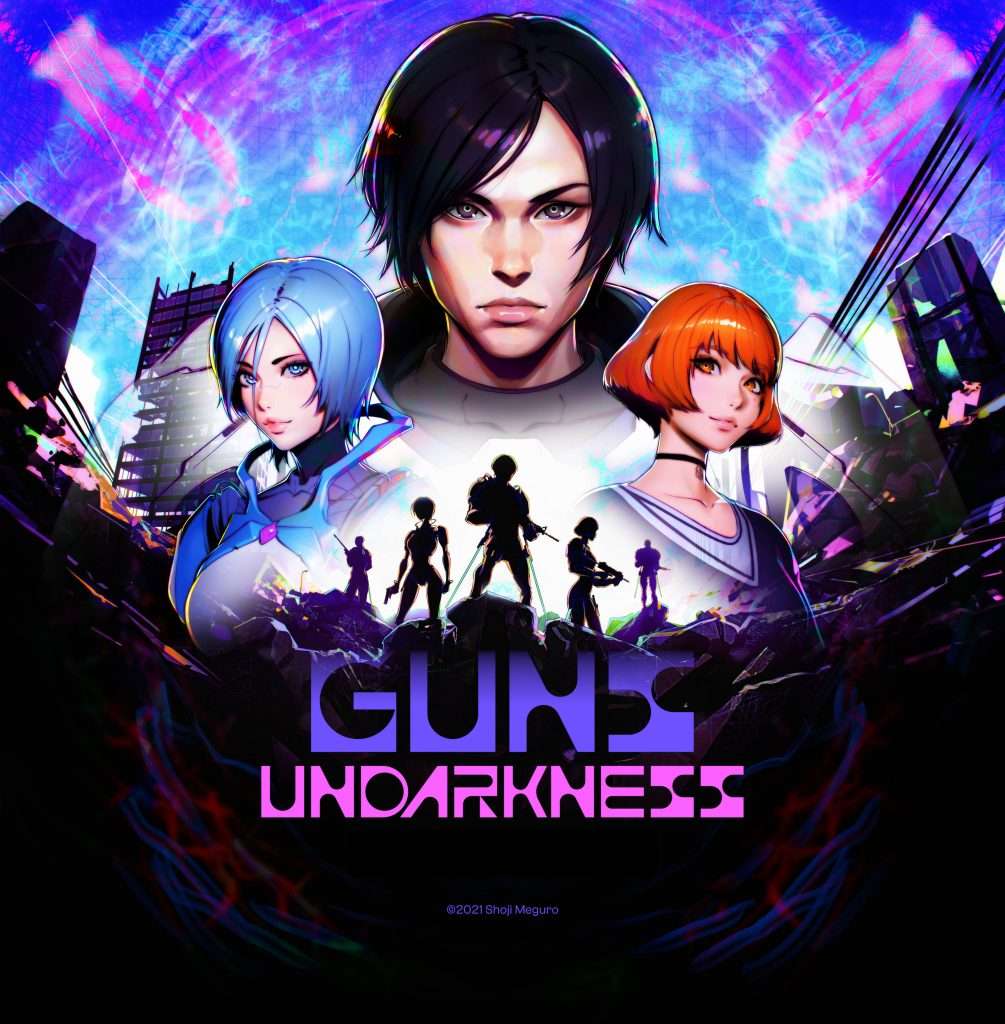 Shoji Meguro, long time Persona series and Shin Megami Tensei series composer, has announced that he will be bringing his original game project Guns Undarkness to Kickstarter on September 12, 2022. The campaign will have an initial goal of $30,000 and run until October 15, 2022.

Guns Undarkness is a strategy JRPG that combines stealth elements with command driven turn-based combat in a futuristic sci-fi universe. The player takes the role of a member of the PMC (Private Military Company) in the year 2045 who must carry out operative missions with their peers in a devastated world after a nuclear war. The game’s story will focus on the main protagonists as they fight to revolutionize the human race and move closer to the idea of true love. 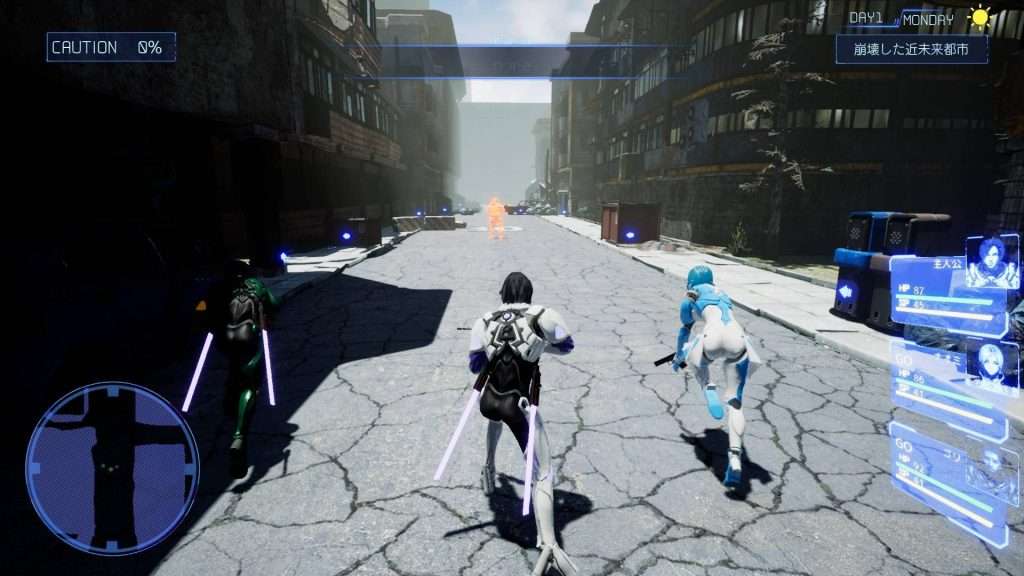 On the field, the player will control the main character and up to three allies. With the use of hand signal buttons, players can instruct their allies to hide at cover points and use the “Go” button to order them to cover their character.

When an enemy is spotted, the player can open fire. If the player’s team engages the enemy while totally hidden, it will activate an attack bonus. The more the player fires during this bonus, the more damage they will deal before the battle begins. Hidden or not, once the player fires on the enemy, the game will leap into turn-based battle.

In-battle commands include a range of choices such as basic ATTACK and SKILL, which packs more punch and costs SP. There will also be GUARD, MOVE, WEAPON, ITEM, ESCAPE and TAGS, which refers to the character’s defense suit.

Strategic gameplay can be employed by unleashing skills while attacking from behind cover, which will cost no SP. If the player manages to strike the enemy in a weak point, they can deal massive damage and be able to duck into cover.

The affinity of the character’s weapon and that of the target’s TAGS will determine how much damage is done. However, an enemy’s defense value can also reduce the amount of damage they take. In addition to powerful skills, there are also guns with special buff and debuff abilities.

Winning a will earn the player’s team two types of experience points: Character EXP and Gun EXP. Leveling up boosts a character’s stats and unlocks new skills for guns. Players will be able to enhance the guns they own by adding parts, and even acquire blueprints and materials that will let them build new guns as they progress through the story.

Outside of missions, players will spend their time in the Maroon hub, an amphibious submarine that the team uses as their hideout, which they can use to accept quests, visit shops or travel to other locations on the world map. 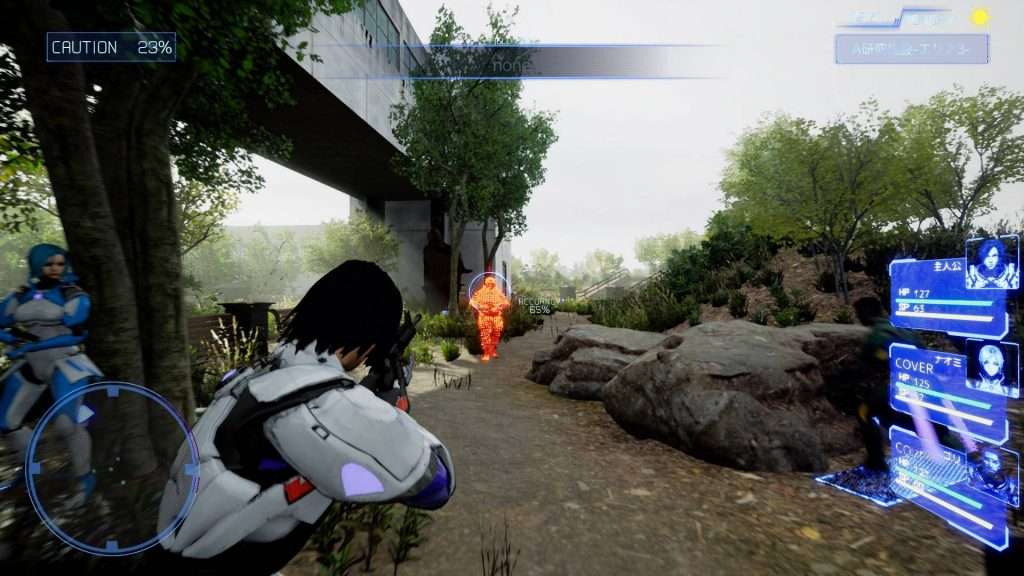 In the year 2045, humanity was in a state of abeyance that allowed technology to flourish. However it deepened the social divide between the rich and the poor, creating the “Haves” and the “Have Nots.”

Within the ranks of the latter grew a faction who planned the Great Reset–an event steeped in primitivism that would change the course of humanity.

And so, the Great Reset was accomplished.

Enter the protagonist, a rookie member of a private military company tasked with handling the deteriorating situation.

It is up to you to discover the truth of love in a world wracked by devastation, and whether or not humanity is capable of being revolutionized.