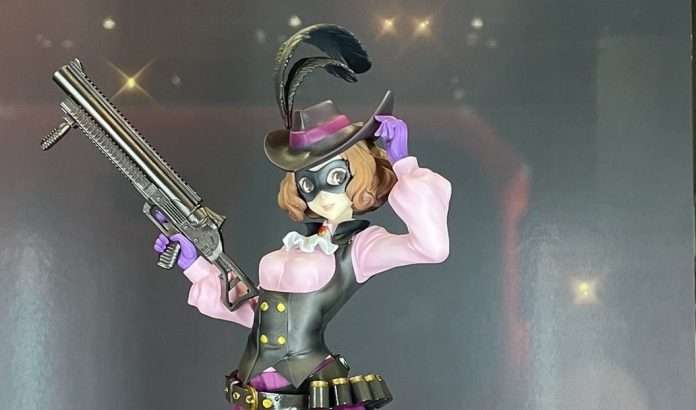 A first look at the colored version of Megahouse’s upcoming figure of Haru and Morgana from Persona 5 Royal was shown off at the P-Sound Wish 2022 venue.

The figure was first announced in January, 2022 at MegaHobby Plus Winter.

The figure was shown alongside the upcoming Yusuke Kitagawa figure, which was recently confirmed for a May 2023 release.