The Japan Game Awards has a dramatic atmosphere 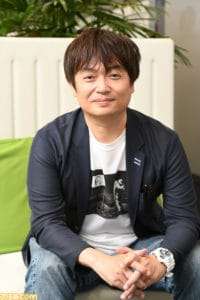 ――What were your impressions when Persona 5 was awarded the Japan Game Awards Annual Title Section with an “Excellence Award?”

Hashino: I was very happy about it.

――What sort of impressions do you have of the Japan Game Awards?

Hashino: While I don’t really have all too many feelings when it comes to winning the prize, I do find the “Future Division” to be something quite unique. The decision comes from player voting, which causes a very special feeling.  It makes me feel as if I had received the enthusiasm of everyone who enjoys games and decided to attend Tokyo Game Show.

――There seem to be a lot of developers who are thrilled by the “Future Division”.

Hashino: It is rare to be acknowledged for a game that has not yet been released. Due to that, I think it is a very interesting prize. Persona 5 was awarded in the “Future Division” back in 2015. This was a first in my life as a developer and even at Atlus. If I had to say, I’d say that I enjoy developing games at Atlus, and I can’t create the things that fans are looking for. But, when I won the “Future Division” award, it felt as if the series had gradually grown and that everyone, including in the industry, gave the game the title of “most anticipated”.

――After first being awarded the “Future Division” award and then, after the game’s release, receiving the “Excellence Award,” it must have felt as if you successfully responded to everyone’s expectations, didn’t it?

Hashino: I agree. You can’t really make the next one unless the players are pleased… There’s the “Future Division,” which represents the expectations for a future title. And in a sense, the “Games of the Year Division” of the Japan Game Awards is the result of looking back on that, so I feel a strong unity with the players. Tokyo Game Show is filled with pressure, but it’s also a place where you can see the live reactions from those who will be playing your game, so to developers it can be both very fun and incredibly tense. The Japan Game Awards are like a drama show that begins with winning the “Future Division” award with everyone having high expectations for your game. You then work hard to complete it, and finally, you see the reactions based on those expectations at the Japan Game Awards.

――From the creators’ standpoint, there must be an incredible sense of pressure to have your title shown at Tokyo Game Show.

Hashino: There is a lot of pressure. Unlike other forms of advertising, Tokyo Game Show is an event in which you receive direct impressions from the players, in the sense that it feels almost like a “festival” of sorts. And at the same time, titles from other companies are shown and various articles are coming out, so it’s a circumstance in which you worry quite a bit.

――Perhaps the atmosphere at the Japan Game Awards segment hosted at the Tokyo Game Show is much more emotional.

Hashino: There’s a peculiar mood. At the preliminary stage, I actually don’t have any idea which games will get awarded outside of my own. But once I’m at the winner’s seat, I can see that “Because that person is there, that title had to have been chosen.” I’ll also think, “What happened to that other title? [Their staff] aren’t here.” Then they arrive at the very last minute before the award ceremony begins, and I think, “Yeah, of course, they would be here.” (laughs) It’s fun, is it not?

――Ahh (laughs). When a title is given the “Excellence Award” at the Games of the Year segment, is it a happy feeling when the creators of the year’s representative titles appear together on stage?

Hashino: It’s a happy feeling., but it’s also nervewracking. Next time, I’d also like to bring out a new game.

――This interview is related to both the Japan Game Awards as well as awards overseas. What are your feelings on being awarded for your work overseas?

Hashino: It’s a happy feeling. Atlus traditionally releases titles that our own creators think of as “interesting”,  so I haven’t really put much thought into the idea of “what if this title was awarded overseas” in the past. But, when we received an award at the Japan Game Awards and were then nominated overseas, we took pleasure in the fact that the interesting feeling of the game in Japan is received the same way abroad. There is this sense of security in the fact that “interesting things are universal across the entire world.”

――You realized that interesting things are interesting all around the world. …Is that how you feel?

Hashino: Atlus games have a lot of unique characteristics. Although we add our own personal touches to them, we want anyone who likes unique things to play our games, so in that sense, I’m very happy that they’ve been received well by so many people. With Persona 5, there was not too much of a difference between the reactions of the Japanese and overseas player bases, and I am very pleased about that, and also encouraged.

――To be awarded gives you the feeling that there is proof that “what you found interesting is indeed recognized.”

Hashino: That’s correct. Because I was given an award, I am then given news coverage and the ability to share my opinions. As there is no connection between the development room itself and the outside world, the prize itself is a trigger for that opportunity. I think that not connecting too much to the outside world is a trait particular to Atlus.

――If it’s as you say, then the prize itself is a way to communicate with the outside world. Or, in a sense, it’s perhaps a pipeline to said communication.

Hashino: I’d say perhaps that’s true. If you happen to meet with other creators during the award ceremony, you will begin to feel this sense of fellowship, such as “These titles are being released around the same time, and likewise, they are being enjoyed by their players.” You feel camaraderie because you both worked hard during the same period of time. (laughs)

――This makes me feel very warm (laughs). By the way, I have this feeling that Japanese titles seem to be getting nominated for awards overseas more frequently as of late. How is this situation being analyzed?

Hashino: The period of trial and error to analyze “what we can do to make overseas users accept our work” has passed, and now I think it’s time that Japanese developers grasp the needs of foreign markets and satisfy both them and our Japanese customers. We’ve seen things that are “made in Japan,” such as manga, anime, games and other content make their way overseas. I think you can receive an award in Japan and also receive one overseas. In the case of Persona 5, we weren’t thinking about things overseas, so it’s not that we were just being humble–we really didn’t expect it to happen. So I’m just talking in general here. (laughs)

――You say that you didn’t take overseas users into consideration for Persona 5. In that case, what factors do you think contributed to its success there?

Hashino: That’s right… I think that it’s because the system and story laid out differ from the ordinary RPG overseas. I wonder if the title is summed up as “The game unique to Japanese people.”

――Is there ever any consideration put into whether the finished title will be accepted abroad?

Hashino: Absolutely. It may be that “we are aware that we aren’t aware” of overseas users. I know that there are many Atlus and Persona series fans abroad. However, in most Western hero stories, the heroes advocate for justice against those who have committed crimes against others in society. In that case, we thought the type of “hero” story in Persona 5 would perhaps resonate with those overseas, not as some so-called “moral writing.”

――What would you say the difference is between Japanese and foreign customers?

Hashino: I think there will be differences in certain preferences, as well as things they grew up around. But in general, I think everyone wants to do things they’ve never done before. Right now I’m making a fantasy RPG, but there are lots of fantasy RPGs abroad, right? Taking that into consideration, if you make it with the idea of “What kind of fantasy RPG do overseas players like?” then it becomes something targeted towards the overseas audience. But, if you say “What kind of fantasy RPG has no one else done before?” then you come up with something brand-new that both Japanese and overseas fans will enjoy. 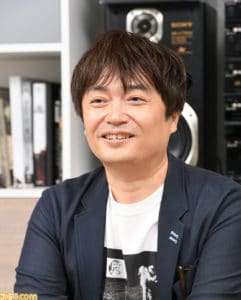 ――On that point, did receiving foreign awards have any impact on the Japanese market?

Hashino: Rather than being influenced, the staff involved will say things such as “I heard that it was nominated!,” “Awesome!” Strangely, there are many staff, who while being nominated overseas, can be very formal and will say “Well, this is not a big game” humbly. Perhaps it’s to avoid a strange feeling of pressure (laughs). That is a very “Atlus” thing to do.

――So, for example, does receiving the award motivate them to band together and say things like, “Let’s work harder from now on, together”?

Hashino: It doesn’t. (laughs). In the end, we receive the trophy, but we don’t look at it together or anything… I think they’re trying to act cool about it and keep their excitement in check, but on the inside, they’re really happy about it.

――And finally, share a few words with the players.

Hashino: There is a very real feeling that all Atlus games, not just Persona 5, are supported by all of the players. When I changed the series’ outlook with Persona 3, the surrounding reactions were not all that great at the time, and we went through several points of crisis. Each time, the encouragement from the players was what saved us. After all of those trials and tribulations, we created Persona 5, which received the “Excellence Award.” It really feels as though it’s thanks to the players that we were able to survive this long. As I’d like to maintain my current attitude going forward, I would like to ask you all for your continued support.