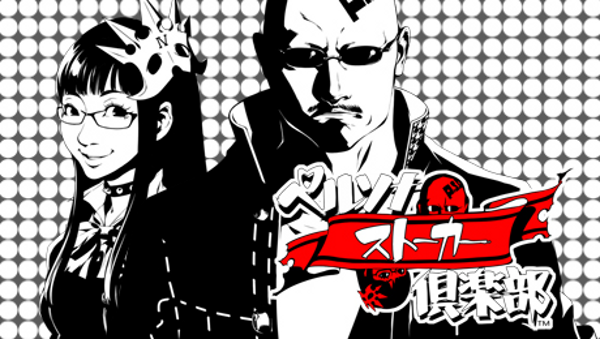 Silconera has translated a message Persona director Katsura Hashino made last week, on February 28, regarding the motivations behind the live show Persona Stalker Club as well as the statement that things will finally be calming down concerning Atlus this Spring.

Hello, this is Hashino of the Persona Team.

I have a feeling that some might ask, “why these two?” but [I’m glad] I was able to get such genuine people. While there are many shows for games, [these two] know their products, play them, love them, and above all, they can clearly express themselves.

I believe that having such people as our two hosts will further spread the excitement, and maybe become part of the community… at least that’s what I hope for.

The concept behind the program is “audience participation with the player community, and respecting the perspective of all fans”. If it weren’t for us being able to persuade the two hosts, this most likely would’ve never happened.

Our territory lies within game development, but we had this ridiculous request of wanting to have something that could make fans happy and we had plans and ideas for a “super lighthearted program” where anything could happen. And these two are really wonderful people, so I’m really grateful that they’ve accepted this.

On our side, we were able to make small contributions such as helping them out with the program’s logo and costume designs. The two hosts have a very “punk” impression, so we’ve included that vibe to [the costumes], too. Soejima (Shigenori) looked like he had a lot of fun while drawing them, but I was also very touched by the love and affection shown by the others in production. I would like to take this opportunity to thank them all.

I hope that one day this will become one of the more popular shows, and it’ll be up to you fans as to how far it will continue, so please check it out for yourselves.

As far as the development side of things go, our company has had many changes, and it looks like we, together as Atlus’ development teams, will finally be able to have things calm down starting this Spring. We will continue where we left off and work hard on developing our products.

I’d like to share my thoughts on all of you who’ve always voiced your support. Thank you very much. I’d like to continue making things that you all like, for as long as possible, and thank you for supporting all the titles that will be headed your way!