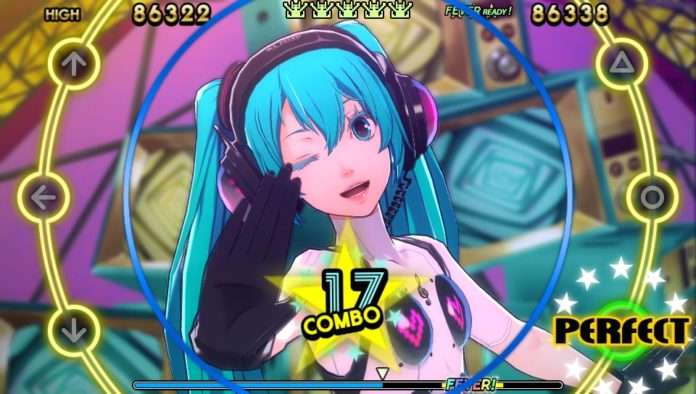 Following the Hatsune Miku tease a couple of days ago, the redesigned vocaloid has been confirmed to be released as Persona 4: Dancing All Night DLC on October 20, for $4.99 USD.

Hatsune Miku is the final reveal for Persona 4: Dancing All Night’s Midnight Stage! The Virtual Idol even has some accessories available to change her hair color and eye color as she dances to “Heaven feat. Hatsune Miku”(ATOLS Remix), available only in Free Dance Mode. Like Adachi and Marie, Miku will be available as DLC for $4.99 beginning on Oct. 20.

Hatsune Miku is the final DLC character for P4D, after Marie and Adachi. The official website for the game has been updated with her character page,

Here is the full P4D DLC schedule for upcoming confirmed downloadable content for the game.