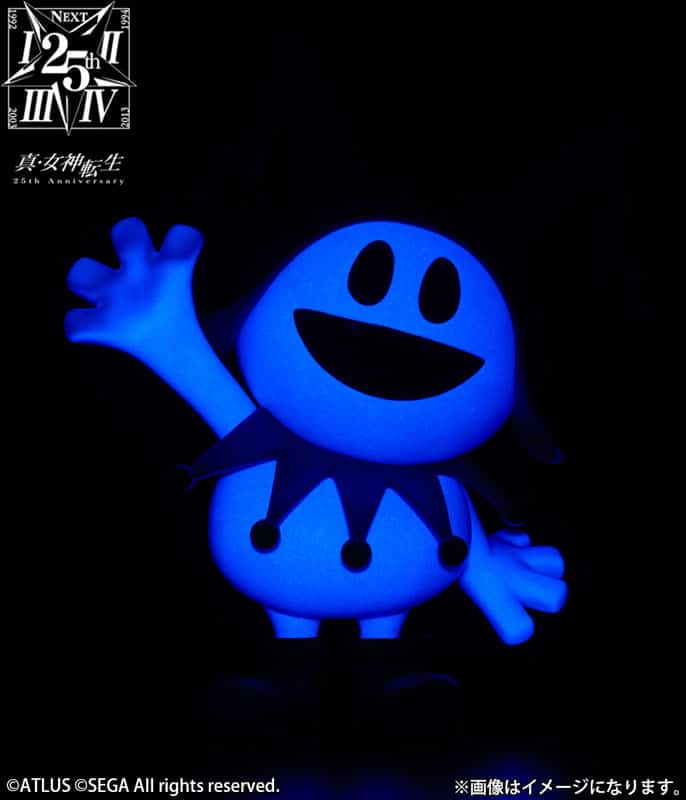 In commemoration of the series’ 25th anniversary, the known Shin Megami Tensei demon Jack Frost will be released as a 40 cm in height, luminescent figure. It is scheduled to be released in April 2018, with pre-orders accepted until November 24, 2017.

A similar Jack Frost figure produced by the same manufacturer, X=Plus, was released a year ago.

AmiAmi currently has it available for pre-order for 13,350 yen.

Glow-in-the-dark version Jack Frost is releasing commemorating the 205th anniversary of the game series!
The face, arms, body parts are made of glow-in-the-dark material and it glows in bluish white color in the dark!