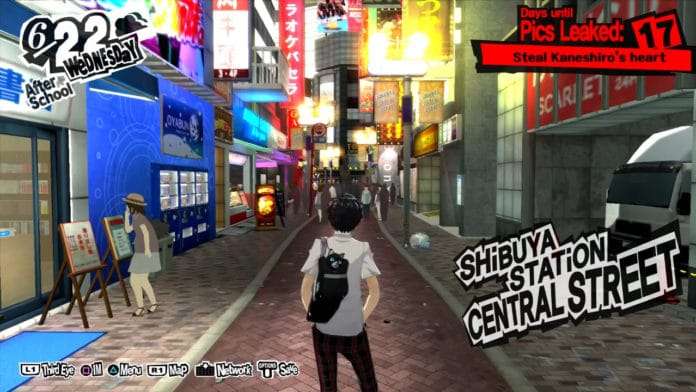 It has been three months since the last Studio Zero blog post for Project Re Fantasy, which talked about the studio’s office entrance. Today, director and producer Katsura Hashino has written a new blog post which discusses the Western release of Persona 5, on April 4th in North America and Europe.

RPG Site has provided a translation.

By the way, the content of interviews from foreign media is slightly different from domestic ones, isn’t it? Since thePersona series takes place in Japan, questions about foreign cultures were a given, but there were many questions about behind-the-scenes development, and designs of settings and themes.

Of course, considering the overseas release was later [than Japan], I could imagine that the questions would approach the deeper aspects, but there were also times where I heard for the first time [questions] about the background settings which were very important throughout the whole series.

I sometimes think that the work of having to answer while digging up [memories of] development at that time is an importanttask, especially at this time since I’m heading towards the next project. So… while picking up elements of creation I had been fixated (= suffered?) on in past titles I used to answer in interviews, I’d also like to start a series of very serious work while looking back, for the sake of the future.

In foreign interviews about Persona 5, the topic of Studio Zero working on a new fantasy was also being touched on, and it could also become an opportunity to introduce it to [Japanese] game fans who don’t normally read foreign articles.

There may be intriguing parts somewhere, either for people who are interested in our upcoming new title, or for people who want to learn the know-how of game production (if you’re fine with talks from the likes of me). You can [write an article in Japanese and] give it a title like… “The ideals, realities, and also illusions of a certain developer (even though it’s me)”.

If it’s alright with you, I will be posting updates in tiny bits but frequently, including articles from development staffs other than myself.

At the end, Hashino thanks fans for voting for Persona 5 to receive the Famitsu Awards 2016 “Excellence Award” and the PlayStation Awards 2016 “Users’ Choice Award.”